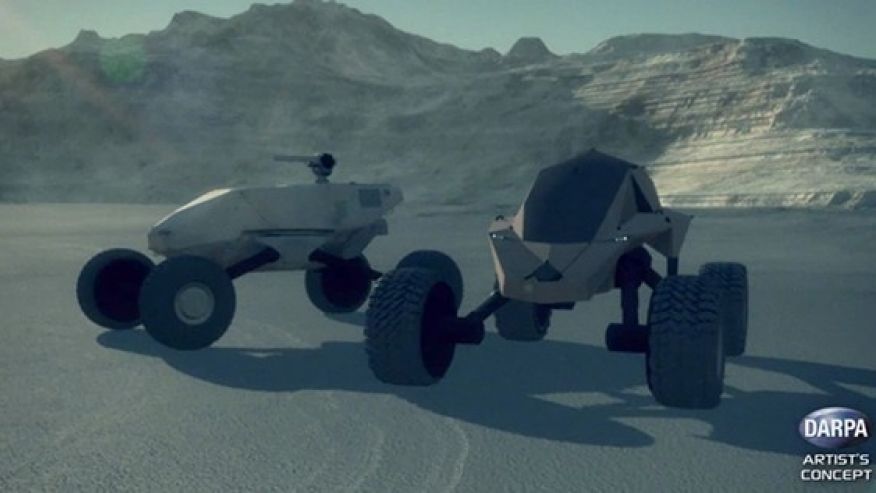 DARPA announced on Tuesday that it has awarded contracts to eight organizations to develop more intelligent, more agile ground vehicles that aren’t burdened by extra armor.

The problem that the Defense Advanced Research Projects Agency said that it wants to address is that as weapons get better at piercing armor, adding armor to ground vehicles just makes them slower and more expensive to develop and deploy.

The initiative comes as part of the agency’s Ground X-Vehicle Technology program, which has awarded contracts to Carnegie Mellon University as well as to companies like Honeywell, Pratt & Miller, and Raytheon.

“We’re exploring a variety of potentially groundbreaking technologies, all of which are designed to improve vehicle mobility, vehicle survivability and crew safety and performance without piling on armor,” Maj. Christopher Orlowski, DARPA program manager, said in a statement.

DARPA said that among other abilities, it wants these new ground vehicles to be capable of extreme off-roading.

“Capabilities of interest include revolutionary wheel/track and suspension technologies that would enable greater terrain access and faster travel both on- and off-road compared to existing ground vehicles,” the agency said.

The agency also said that they are even interested in armor that can reposition itself “to defeat incoming threats in real time” as well as automation systems that are similar to what a commercial airplane offers.