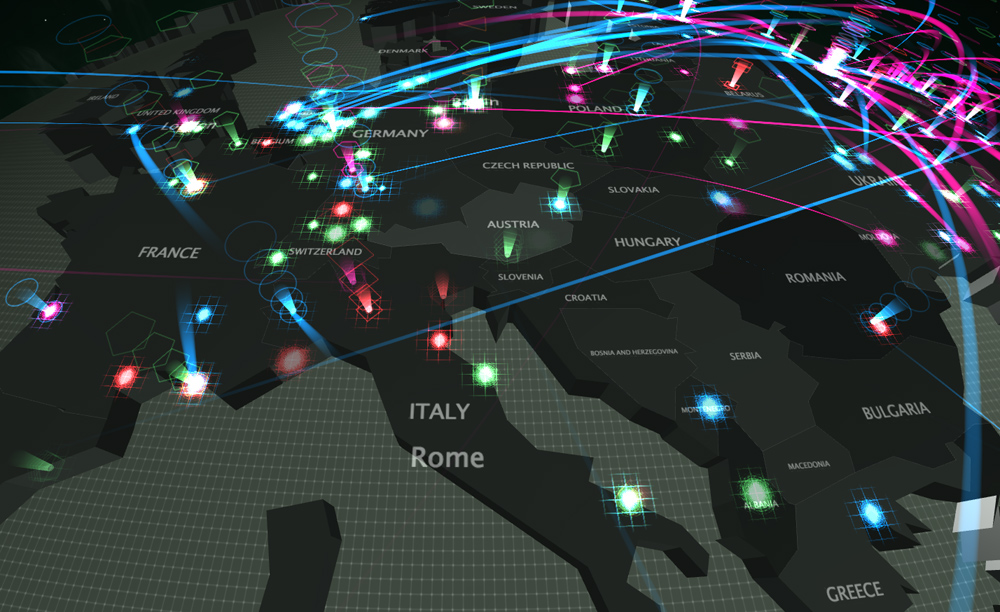 Heartbleed is hardly the only online threat we have to worry about these days. The massive OpenSSL bug should certainly be taken seriously — here are all the passwords you should change immediately because of Heartbleed — but there are threats around just about every corner on the Internet. LaCie on Wednesday confirmed that it was the last company to fall victim to a massive cyber attack where users’ credit card data was compromised, but it is hardly the only recent target.

In fact, you’ll be shocked to learn how many cyber attacks are taking place right now as you read this.

Antivirus and Internet security software firm Kaspersky recently created a beautiful and terrifying interactive world map that gives us a real-time look at all of the cyberthreats that exist around the globe at any given time.

The design is terrific but the threat it represents is real and should not be taken lightly — malicious hackers are constantly attacking networks, companies and even individuals.

The two GIF images above represent a static view of cyber attacks occurring in various regions around the world, but the full interactive, real-time cyberthreat map can be seen by following the link below in our source section.