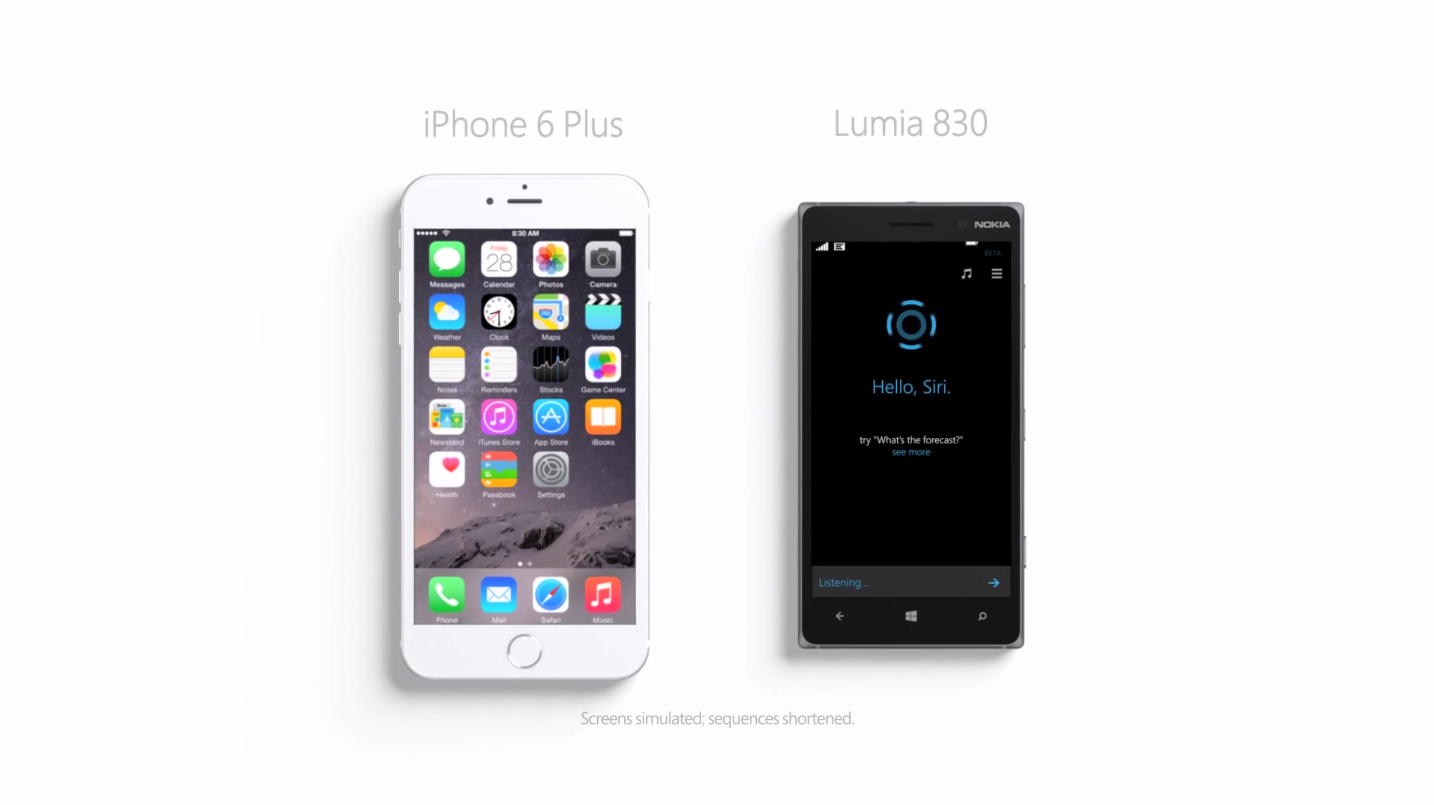 Microsoft might not be able to compete with Apple when it comes to smartphone sales, but that isn’t stopping the PC giant from repeatedly claiming that its personal assistant is superior to Siri. In the latest commercial from Microsoft, Cortana and Siri have yet another conversation.

This time around, Cortana is curious to find out how Siri has changed since moving over to the iPhone 6 Plus. As expected, Siri’s answers are less than satisfying.

Cortana wants to know if Siri is now capable of giving reminders based on the person calling or texting. Nope, Siri just got bigger. How about traffic alerts based on traffic reports in the area? Also no.

Although it’s true that Cortana has some unique functionality that can’t be matched by Siri, recent tests have shown that Microsoft’s personal assistant might not be all it’s cracked up to be. When Cortana faced off against Siri and Google Now in a personal assistant AI benchmark last month, it came in last place with 11.7% accuracy.

Other tests are more subjective, such as the 50 question showdown back in August.

Each personal assistant has its own set of strengths and weaknesses, but as the Lumia line of devices makes its transition to Microsoft, the company is looking for any leg up it can get in order to become a force in the smartphone industry.