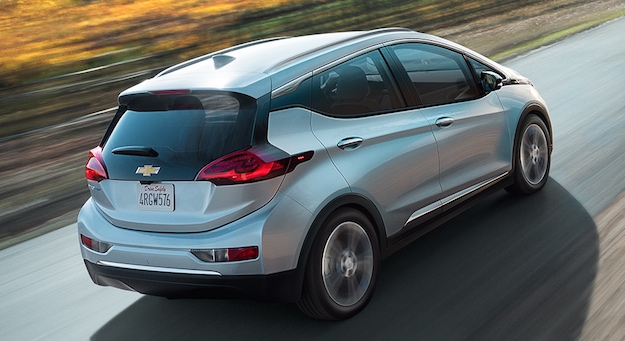 One of the reasons behind Tesla’s success is that it managed to create an incredible electric car that didn’t look like an electric car. Combined with chart-topping performance, impressive safety features and a sleek design, the Model S effectively showed the world there’s a viable market for electric vehicles.

Despite Tesla creating a clear blueprint for EV success, other auto manufacturers seemingly didn’t get the memo. Instead, most other electric cars from companies not named Tesla were visual abominations with laughably poor range. The 2015 Spark EV, for instance, featured a range of just 82 miles. What’s more, some EV models were bizarrely uncomfortable and cramped; if you ever have the opportunity to take a spin in a Chevy Spark, don’t.

Now granted, most electric cars out on the market weren’t necessarily targeted for luxury buyers. Still, for a long time it seemed that the only real perk to owning a non-Tesla EV was a cheap price point.

But the times they are a changin’.

Earlier this week, Chevrolet introduced the 2017 Chevy Bolt EV. And, believe it or not, it actually seems quite compelling. In fact, you might even reasonably say that Chevy managed to beat Tesla to the punch insofar as the Chevy Bolt EV seemingly delivers everything that the highly anticipated Model 3 wants to bring to the table.

First and foremost, the Bolt EV impresses with a range of about 200 miles. That’s Tesla range, friends. Furthermore, the Bolt EV is attractively priced; the sticker price is $37,500 but falls to $30,000 once various state EV tax incentives are taken into account. And last but not least, the Bolt EV is a decent looking hatchback. It certainly won’t win any design awards, but an EV that’s not a complete eyesore isn’t something that you see everyday.

Now the Model 3, said to be about 20% smaller than the Model S, will likely feature the same level of range as the Bolt EV. On top of that, the price range will also be in the same ballpark, with Tesla CEO Elon Musk alluding to a $35,000 price point not too long ago.

Jalopnik writes of the Bolt’s chances in the marketplace:

It’s not all about Tesla though, as the Chevy Bolt looks to be a serious attempt by the company to grow the electric vehicle market, and with a price of around $30k and a range of around 200 miles — and maybe more importantly a design that will be acceptable to the mainstream automotive customers — Chevy’s EV has a serious shot at being a hit.

And for what it’s worth, Tesla seemed to be genuinely pleased by Chevy upping its game, issuing the following statement just the other day:

“Commitments from traditional car makers to build electric vehicles advance Tesla’s mission to accelerate the advent of sustainable transportation. We hope to see all those additional zero-emission vehicles on the road.”

Tesla’s stance here is understandable. From their perspective, it’s not so much about being afraid of competition as it is about the EV market receiving even more validation from the Big Three.

Okay, so the Bolt EV can seemingly compete with the Model 3 on range and price (based on rumored details). Still, the Bolt EV does have a few shortcomings relative to the Model 3 that are worth mentioning.

For starters, we have to imagine that the Model 3 will trump the Bolt EV in the style category. Elon Musk takes design extremely seriously and has no qualms about bashing the competition for churning out clunky EVs. Further, Tesla’s top designer, Franz von Holzhausen, has an extremely strong track record when it comes to sleek auto design.

Second, the Bolt EV takes 9 full hours of charging to reach a full charge with a 240-volt charging unit, which, by the way, needs to be professionally installed. That’s fine if you’re charging overnight, but Tesla’s Supercharger network for out-of-the-house charging simply can’t be matched. In fact, just 30 minutes of charging at a Supercharger station can yield 170 miles of range on a Model S. It stands to reason that the Model 3 will be able to charge just as efficiently.

Nonetheless, the fact remains that the Chevy Bolt EV will go on sale well before the Model S, will cost about the same, and will probably have the same level of range. For the first time, it seems that we might have an interesting rivalry in the EV space.