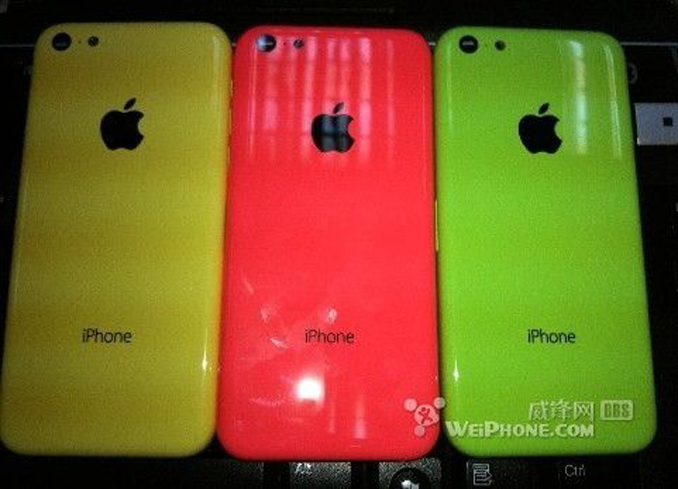 Pictures of candy-colored entry-level iPhones with rounded corners have started circulating. Many have branded them hideous, crude atrocities. They need to be. Apple is facing a unique dilemma: Because of the stellar success of the iOS app universe, the entry-level iPhone has to have nearly the same specs as the flagship iPhone. The display has to be large. The processing power has to be substantial. Apple cannot afford to fragment the iPhone device base, particularly since it has spent years mocking Android vendors mercilessly for doing just that. Still, the budget iPhones have to be something that affluent and aspirational consumers despise.

There can’t be much differentiation on the hardware or software aspects. So there must be a very sharp line drawn between the two models based on the look and feel.

Apple cannot have the bulk of its customers trade down to the budget phone from more expensive devices. It must make the entry-level model look so vulgar and cheap that most iPhone users will stick to the main line models, even if they have to pay a $200 to $400 premium. The budget phones have to look tackier than the new iPhone 5S, but that is not enough — they must also be less desirable than the iPhone 5 and iPhone 4S… yet still appear more desirable than low-end Android phones.

This is a very, very tricky maneuver to pull off, which is why Apple has literally agonized over the move for years, even as the Android camp built a huge volume lead in Brazil, Spain, China and other major markets.

It will be absolutely fascinating to see how the entry-level iPhone is going to be priced and marketed, but it looks like Apple has clearly achieved its primary goal — the new entry-level model looks absolutely hideous to someone who has been using an iPhone 5.