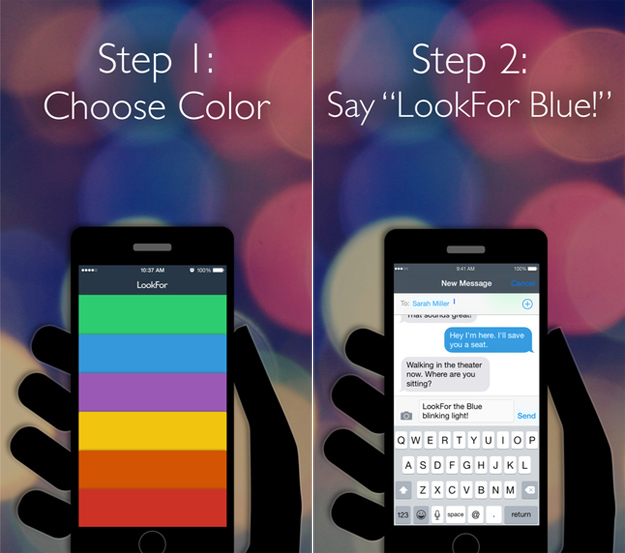 Some of the best apps in the world are apps that add incredibly complex functionality to our smartphones and tablets. These apps can often take months to develop, even with large teams building them. Then, every once in a while you come across an app that’s so painfully simple, you wonder why it hasn’t existed for years.

Such is the case with a new app for the iPhone and Android phones called LookFor, which is so simple that its creators call it the “world’s dumbest app.”

LookFor is an application that’s so straightforward, when its founder Logan Riley set out to crowdfund the app so he could pay a developer to build it, he only had to raise $1,000. The Kickstarter project ended up exceeding its goal and Riley raised just over $1,500 to build his app.

So, what does LookFor do?

With LookFor, Riley set out to solve a common problem. Planning where to meet your friends is easy, but how do you quickly find them if you’re meeting them in a bar, a movie theater or any other large, crowded location?

That’s where LookFor comes in. Here’s a promo video that explains how painfully simple the app is:

LookFor is available for iPhones and Android handsets, and it’s a free download right now. Today is the last day the app is free, however, and the price will jump to $0.99 beginning on Tuesday.