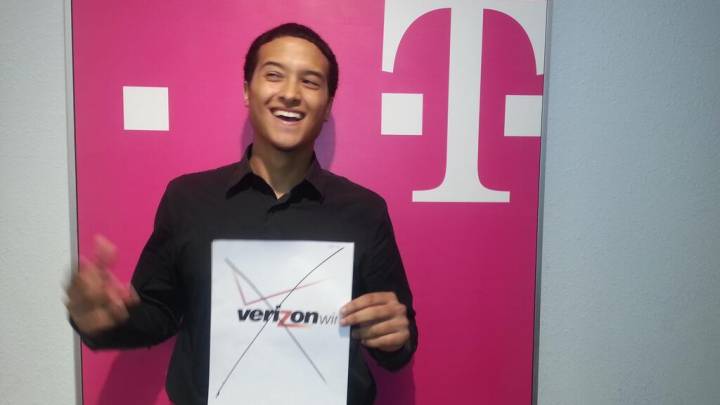 Competition is a glorious thing for consumers, even though wireless carriers would obviously prefer that you had fewer choices so they wouldn’t have to work so hard to keep your business. Barron’s points out that both AT&T and Verizon have cited increased competition as having an impact on their quarterly churn rates and earnings per share, respectively.

RELATED: T-Mobile and Sprint customers are getting a lot more data for their money

In AT&T’s case, CFO John Stephens told an investors conference Tuesday that AT&T has had to cut some prices this year in responsive to aggressive moves by rivals and he said that this competition is part of the reason why the carrier will report a churn rate this quarter that’s higher than it was in the same quarter last year. AT&T traditionally has low churn, which means that it tends to keep the customers it adds, so it’s not clear yet how much impact a more competitive wireless market is having, but it’s definitely making a difference.

Verizon, meanwhile, said that its EPS this quarter could be negatively impacted by a “highly competitive and promotion-filled” market that has forced the carrier to respond in kind. Verizon is still on track to have strong customer additions on the quarter and post solid earnings, of course, but the company is having to work harder and spend more money to get and keep customers than it has in the past.

All of this really makes you wonder where we’d be right now if AT&T had been allowed to buy T-Mobile, which would have essentially left AT&T and Verizon as the only two major choices for consumers and would have put Sprint in an impossible competitive position. While the wireless industry in the U.S. is far from perfect, it’s now at the very least competitive and for that consumers can be thankful.