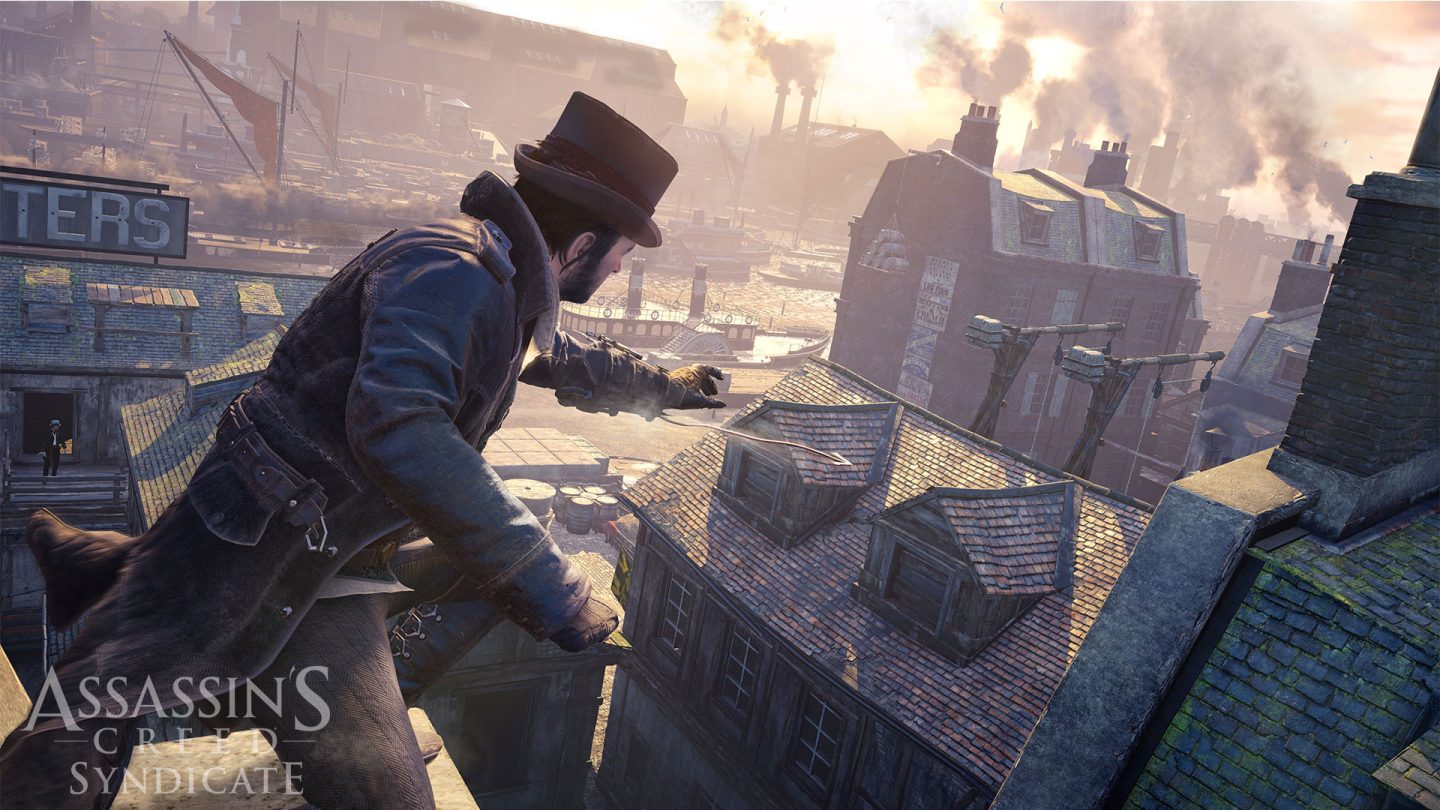 MORE GAMING: Here’s what you need to know about ‘Uncharted: The Nathan Drake Collection’

There were two objectives in the demo. The first was to take out ten members of a rival gang, which I accomplished as quickly and efficiently as I could by scaling up nearby buildings with the new rope launching, using environmental traps when I could and taking out my pistol as a last resort.

Clambering around the edges of buildings still feels awkward, but being able to move across the city with the rope launcher is a major improvement. It’ll also lead to much more entertaining chases, as it was always the most frustrating part of an Assassin’s Creed game to be caught on the side of a building while trying to escape.

After I’d dispatched the ten gang members, I had to chase a woman called Bloody Nora through the streets of London. After racing on foot for a few seconds, Nora jumped into a carriage and sped ahead. I stole a carriage of my own and followed close behind, trampling pedestrians as I tried to keep pace.

Unfortunately, I wasn’t able to capture video of my experience, but you can watch the whole demo (and a bit more) in the video from Ubisoft below: