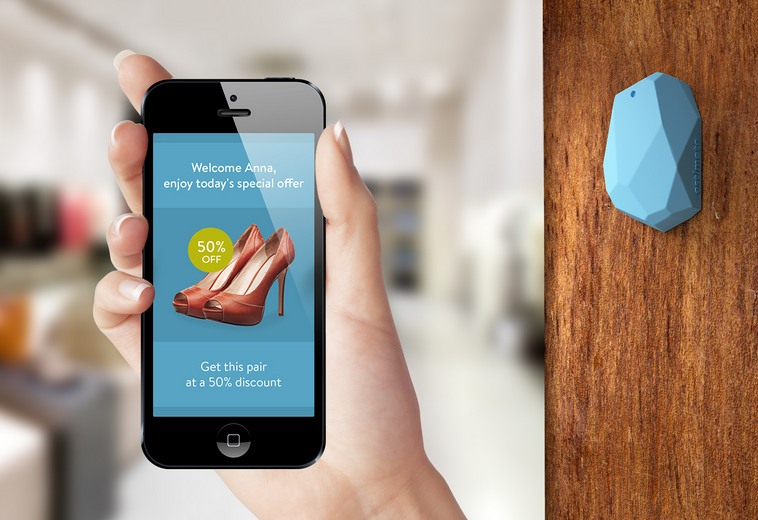 Apple hasn’t yet begun to push the new iBeacon service it touched upon earlier this year, but that will soon change. According to market research firm ABI Research, Apple is poised to attack a new market opportunity that will grow to be worth more than $4 billion annually in 2018. Solutions like iBeacon indeed have a potential dark side for consumers, but they also could translate into a big new revenue stream for the businesses involved — especially for companies that establish leadership roles from the start.

“Apple hasn’t made a big marketing deal on indoor with the new iPhone 5s, largely because the ecosystem isn’t in place yet. But under the shiny, spotted hood, is a hardware platform that is now well placed to support ‘always-on’ indoor location, sensor fusion, and ambient intelligence,” ABI practice director Dominique Bonte said.

The Cupertino company isn’t alone by any means, however, as many leading technology companies are getting ready to pounce on the opportunity that will soon be presented by indoor location solutions.

“Apple’s new A7 co-processor coupled with the acquisition of WifiSLAM highlights indoor as a priority,” ABI analyst Patrick Connolly noted. “Both Apple and eBay have announced support for dedicated BLE beacons, a technology that is set for a huge 2014 as major IC and device OEMs make it widely available. Google continues to expand on indoor mapping, and has openly discussed some of its indoor location plans at I/O. On the Wi-Fi side, four major AP providers (Cisco, Motorola, Aruba, Ruckus) have now acquired a company in this space. It was also interesting to see Nokia retain its mapping and indoor capabilities, identifying it as a new area for future growth.”

ABI expects indoor location solutions to be installed in more than 25,000 locations by the end of next year, and the firm believes sales of handsets that support these indoor location products will climb into the hundreds of millions within two years.