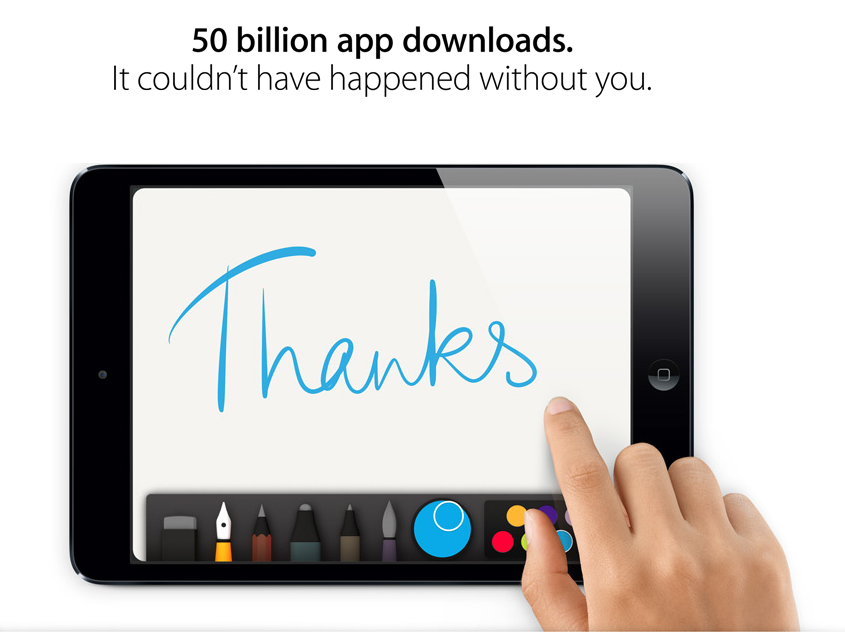 The countdown on Apple’s website stopped late Wednesday indicating that the company’s App Store has surpassed 50 billion downloads. The milestone comes just 14 months after Apple announced 25 billion apps had been downloaded from its popular marketplace. Apple launched the App Store in July 2008 and downloads have increased steadily over the past five years. The company’s first milestone came in January 2011 when the store surpassed 10 billion downloads, followed by 25 billion last March. Apple will reward the individual who downloaded the 50 billionth application with a $10,000 App Store gift card and 50 runners-up will each receive a $500 card.