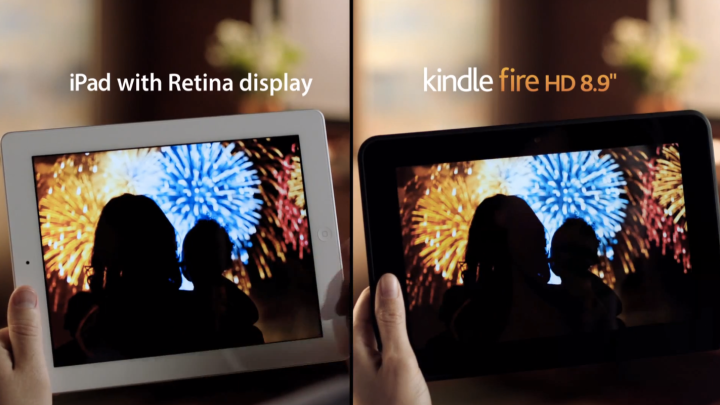 At first glance, creating an advertisement that shows off how good your rival’s tablet display looks doesn’t seem like a smart move. But Amazon’s (AMZN) latest ad for its Kindle Fire HD tablet is actually pretty clever: it first sets its own tablet’s HD display up side-by-side with the Retina-equipped iPad and shows that the two are comparable, though in reality the iPad has a slightly stronger display with a resolution of 264 pixels per inch compared to 254 pixels per inch for the Kindle Fire HD. But then at the end of the ad, Amazon notes that the 8.9-inch Kindle Fire HD costs a full $200 less than the Retina-equipped iPad, thus supposedly making it a vastly better deal. A full video of Amazon’s new ad is posted below.