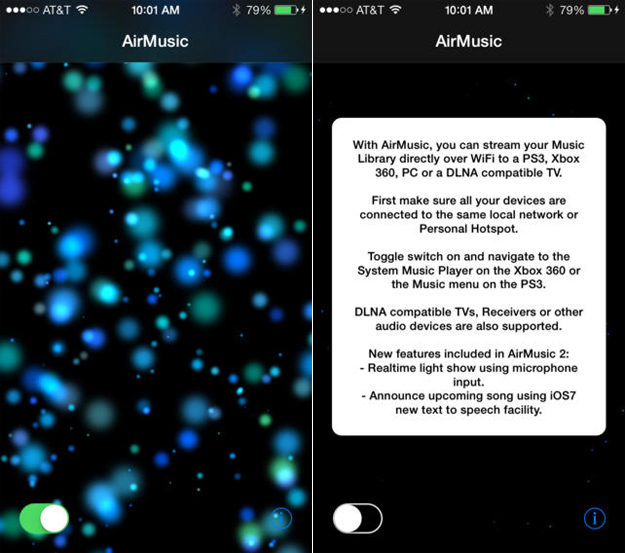 Apple’s AirPlay is great, as long as you own plenty of compatible devices. The proprietary wireless streaming solution allows users to stream music and videos from an iPhone, iPad or Mac computer to another device with a simple tap or click. For owners and users of various compatible third-party devices, AirPlay is awesome. But what happens if you have a Chromecast, Xbox, PlayStation or some other device that doesn’t tout Apple compatibility? Say hello to AirMusic.

AirMusic by Plutinosoft is a nice app that solves an important problem and does so with a simple interface.

The app uses the DLNA standard to stream music wirelessly from your iPhone, iPad or iPod touch to an Xbox, PlayStation or any other DLNA compatible device. Many modern HDTVs, for example, support DLNA.

Here’s the app’s description from its App Store page:

Access and stream your iPhone, iPad or iPod touch Music Library directly over WiFi from an Xbox, a PS3 or any compatible DLNA device. No Wires or special hardware needed! It can even stream to a PC running Windows Media Player.

If you’ve heard all the hype about AirPlay and are missing out because your don’t have an AppleTV, this app is for you!

AirMusic is normally $2.99, but it’s free right now for a limited time to celebrate the addition of Chromecast support.

You’ll find a link to download AirMusic below in our source section.