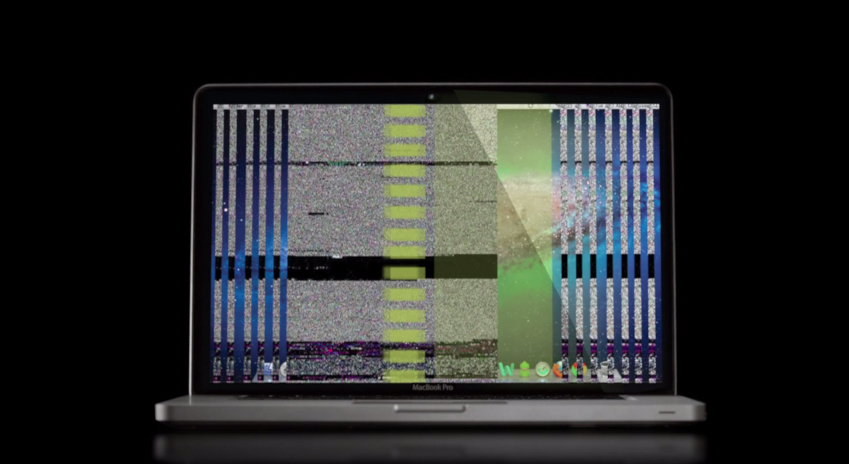 I am writing these words on a MacBook Pro. There are many like it, but this Mac is mine. My MacBook is the tool I use most in my life. My MacBook, without me, is useless. Without my MacBook, I am useless. I have learned all about its weaknesses, its strengths, its features and its accessories. I think I have mastered it, and managed to fix various issues to help keep it usable even though it’s an older machine — I even saved it from what could have been a fatal coffee incident, I swapped out the RAM and I replaced the hard drive with an SSD to speed it up.

But thankfully, I never had to deal with a major issue that Apple will not acknowledge and isn’t willing to fix, and which I certainly wouldn’t be able to repair on my own.

My MacBook isn’t a 2011 model (MBP2011) and it’s a good thing, because users around the world are plagued by a serious issue that has a dramatic impact on usability.

Thousands of buyers who spent thousands of dollars on 2011 MacBook Pro models that have discrete AMD graphic cards on board (specifically, 15-inch and 17-inch versions launched in early 2011) have come to experience some serious failures of those graphic cards, which are preventing them from using the computers to their fullest extent.

Apple’s MacBook Pro line is one of the company’s flagship products, a computer that became more and more powerful over the years, and more affordable. However, the laptop still costs a lot of money, and many buyers simply can’t afford to upgrade to a new model every year — nor should they have to, considering that Macs generally have a longer lifespan than competing devices.

But that doesn’t appear to be the case for many MBP2011 units.

In its press release announcing the device back in early 2011, Apple highlighted the graphics card in the 15-inch and 17-inch MacBook Pro models. “The powerful 15-inch and 17-inch MacBook Pro models feature quad-core Core i7 processors up to 2.3 GHz and AMD Radeon HD graphics processors with up to 1GB of video memory for high performance gaming, pro video editing and graphics intensive applications,” the company said. Many buyers purchased these devices specifically to enjoy those powerful, Pro features.

But thousands of MBP2011 users have been systematically experiencing graphic card-related crashes that occurred right after purchase or a few years later (before or after the extended AppleCare expired), and Apple has not been able to fix the problem once and for all. The company would swap out the logic board for some users, but the problem would reappear, affecting the performance of the Mac. Not to mention the fact that some of these repairs are very expensive.

One of the affected 2011 MacBook Pro owners reached out to BGR to share his story.

“I purchased my MacBook in February of 2011, right after finishing my Bachelor’s degree. I purchased it new online from the apple.com. I got the works, 17 inch monitor, 500GB hard drive, 4GB of RAM and the Intel Core i5 processor, spending $2,500,” 2011 MacBook Pro user Jerry Pickard told BGR. “They offered a two-year expanded warranty, extending the warranty to three full years, however, I declined it. The computer worked extremely well for three years without a problem. During the Spring semester of this year, I first plugged my computer into an external monitor, using my TV as a larger screen. Within a day, my computer malfunctioned unexpectedly for the first time, presenting as a black screen, cooling fans engaged and the last second of sound continuously looping.”

The problem started occurring more and more frequently since then. Looking for a solution online, Pickard found out that many people have encountered similar difficulties. He further shared with BGR three other stories detailing unpleasant graphic card-related experiences with MBP2011 units.

“I have an early 2011 MBP 17-inch. The GPU burned out with exactly the symptoms (blue screen, graphics artifacts, horizontal lines, overheating, crashes, etc) as described by thousands of other MBP users. Apple Store Phoenix’s head ‘genius’ feigned ignorance of the faulty GPU issue,” a Mac user who asked to be identified only by his first name, Eugene, said. “I was forced to shell out $322 for the logic board replacement, despite 2 letters to Apple’s Tim Cook, but none at Cupertino bothered to reply either time. The new logic board I bought has exactly the same GPU so I expect it to fail too.”

The symptoms are the same for many MBP2011 buyers. “[It] began with sleep wake issues – would sleep when should be awake and awake when should be asleep,” another 2011 MacBook Pro user named Holly said about her laptop. “Then suddenly had video issues where the screen shifted halfway and wouldn’t do anything. Had to power it off. It went through a few days where it may or may not boot. If it booted, it was a matter of time before it froze up and had to be manually shutdown. Other times when booting up it would come up to the spinning wheel then get stuck on the grey screen and sit there forever — fans kicked up into high gear.”

“August 2011 I purchased the absolute top-of-the-line (at the time) 17-inch MacBook Pro. November 2011 I started my computer and all I got was a blank screen and the fan revved up full-speed,” yet another user who asked to be identified as Adam said, suggesting these issue do not affect just machines that have been used for a few years. “It would sit like that for a few moments and then restart itself, then sit and restart and do it all over again. I took it to the Apple Store and they ran some tests on it in the back. After about 3 hours of waiting they came back and told me the logic board had failed. They exchanged my Early 2011 MBP for a Late 2011 MBP.”

The replacement model failed Rook in 2014 as well, and he received a $1,200 repair estimate from the Apple Store.

These are just four instances detailing issues with the 2011 MacBook Pro that Apple isn’t willing to address via a proper replacement program — Apple did have replacement programs before for certain issues affecting Mac models including iMacs and even MacBook Airs, but the MBP2011 has yet to receive such treatment.

Unofficial fixes for this specific problem exist, and some users have been able to repair their Macs either by adding cooling fans, replacing the thermal paste, or preventing the laptop from switching to the AMD card. But regular users who are interested in using a Pro notebook shouldn’t also have to know how to repair it themselves in such cases.

A forum thread of gigantic proportions titled “2011 MacBook Pro and Discrete Graphics Card” on Apple’s support forum has more than 600 pages, over 9,100 replies and more than 1.6 million views. This doesn’t appear to be an issue affecting just a few users who are simply trolling Apple, demanding that their “old” 2011 machine gets fixed and/or replaced.

Moreover, a Change.org petition started by Raj Dsouza asking Tim Cook to “replace of fix all 2011 MacBook Pro with graphics failure” has almost 19,000 supporters. “Everyone who bought a MacBook Pro spent a huge premium to buy MacBook Pros and did not expect to have a manufacturing defect,” the petition states. “This issue had made a $2,500 investment a piece of junk in two years. We do not buy Apple products with this in mind.”

It continues, “Apple has not provided any signs of talks or steps from their side even though huge number of users are affected with this issue. In fact they are making money by given them logic board replacement solutions which is making the issue worse.”

Similarly, a site dedicated to the matter — breakfree.cc — shows plenty of pictures of failing MacBook Pros from users who experienced the problem.

Even a law firm from Washington, DC called Whitfield Byrson & Mason LLP has started an investigation into the matter, according to a Facebook update on a Facebook group dedicated to this particular MacBook Pro hardware issue that has more than 4,600 members.

For what it’s worth, Apple has sold millions of 2011 MacBook Pros. In 2011, Apple updated the Pro line twice, the first time on February 24th (Early 2011 MacBook Pro), and the second time on October 24th (Late 2011 MacBook Pro), but both generations came with AMD graphics cards on board for the 15-inch and 17-inch models.

Between February 24th to October 24th that year, Apple sold about 12.6 million Macs in total (including all desktop and laptop models). From October 24th, 2011 until June 11th, 2012 — when Apple announced the Retina MacBook Pro and updated the MacBook Pro and Air lines — Apple sold about 13.2 million combined Mac computers. While it’s not clear how many 2011 MacBook Pros units Apple sold during those two periods of time, it’s certain that plenty of buyers purchased 15-inch and 17-inch versions, with many of them experiencing graphics issues.

Apple quickly pointed out a few weeks ago that just nine iPhone 6 buyers complained about handset bending. Comparatively, the MBP2011 issue is affecting thousands of users who chose to spend thousands of dollars on a top-shelf machine. Yet Apple is far from being ready to take decisive action, which is definitely strange for a company that takes great interest in customer satisfaction for its high-end, expensive products.

Articles on Macworld, AppleInsider, MacRumors, Reddit and 9to5Mac have also looked into this matter into the past.

Apple did not respond to a request for comment.