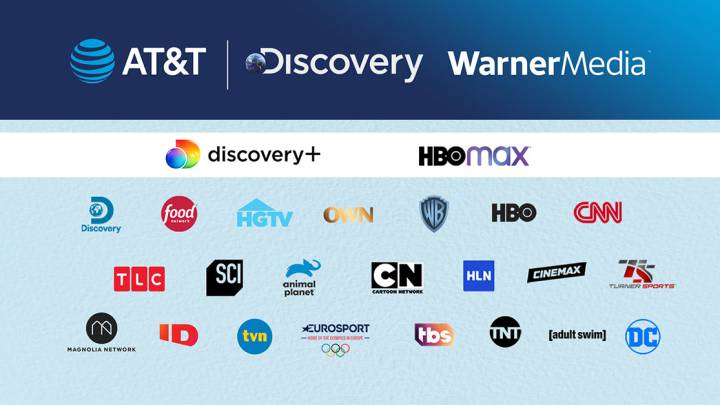 More streaming services have been launched over the past few years than anyone could possibly hope to keep track of. Virtually every major entertainment company now has a streaming service or, at the very least, an app within which viewers can watch its content on demand. It was only a matter of time before some of the streamers opted to combine rather than compete, and this Monday, AT&T announced that it would be spinning off WarnerMedia into a standalone company that will merge with Discovery to challenge the likes of Disney and Netflix.

In a press release, AT&T revealed that it will receive $43 billion under the terms of the deal, while its shareholders will receive stock representing 71% of the new company. Discovery will take the other 29%.

This is undoubtedly one of the biggest mergers of the streaming era, as WarnerMedia owns massive brands such as HBO, CNN, TBS, TNT, truTV, Cartoon Network, and the massive library of Warner Bros. movies. As for Discovery, the company owns and operates a huge variety of networks, like Discovery Channel, Food Network, HGTV, TLC, Animal Planet, Travel Channel, Investigation Discovery, and Oprah Winfrey Network.

The new company doesn’t have a name yet, but Discovery President and CEO David Zaslav will be in charge when the deal closes, which is expected to happen in mid-2022, subject to regulatory approval. Zaslav believes “everyone wins” following this merger – “consumers with more diverse choices, talent and storytellers with more resources and compelling pathways to larger audiences, and shareholders with a globally scaled growth company committed to a strong balance sheet that is better positioned to compete with the world’s largest streamers.”

AT&T CEO John Stankey and Zaslav noted that the two companies already spend more than $20 billion per year on content, which is even more than the $17.3 billion that Netflix spent in 2020.

According to Zaslav, we should learn the name of the new venture before the end of next week. HBO Max and discovery+ will now exist under the same umbrella, but AT&T was unwilling to answer any questions about potentially combining the streaming services once the deal has closed.

This is a rather abrupt ending to one of the most substantial acquisitions of the past several years. AT&T spent $85 billion on Time Warner less than three years ago, and despite the fact that HBO Max has attracted more than 20 million paid subscribers, the telecom giant clearly wasn’t satisfied with the direction that WarnerMedia was trending. Now the company has an opportunity to strike out on its own with Discovery in tow.