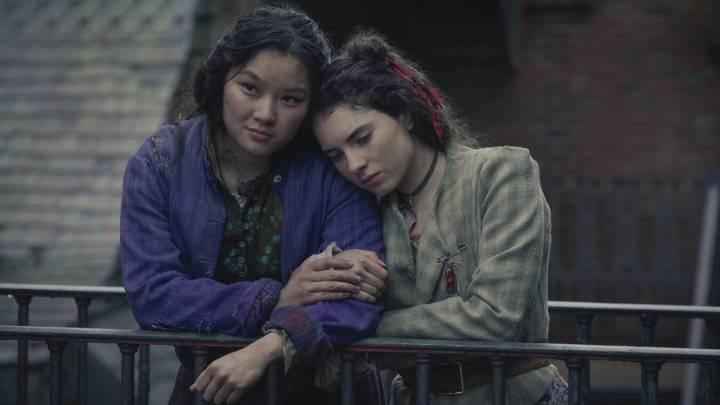 The Netflix cancellation axe has swung again, this time bringing an end to The Irregulars — an 8-episode drama set in Victorian London in parallel with the stories of Sherlock Holmes.

This cancellation comes amid what feels like a spate of such decisions in recent days from the streamer, which has also included Netflix opting not to renew The Duchess as well as the decision to end The Last Kingdom with its upcoming Season 5. According to Netflix’s official description about the series, The Irregulars “follows a gang of troubled street teens who are manipulated into solving crimes for the sinister Doctor Watson and his mysterious business partner, the elusive Sherlock Holmes. As the crimes take on a horrifying supernatural edge and a dark power emerges, it’ll be up to the Irregulars to come together to save not only London but the entire world.”

Based on the series’ current Rotten Tomatoes scores, it doesn’t look like the show resonated much with audiences — it currently has a very tepid 54% audience score on the review aggregation site, versus a 78% critics score. To some fans, though, news of this cancellation comes as a shock. As a matter of fact, just a few days ago, the series was on our latest weekly list of the 10 most-watched shows on Netflix at the moment, courtesy of data provided regularly to BGR from the team at the streaming search engine service Reelgood.

Based on the works of Sherlock Holmes creator Sir Arthur Conan Doyle, The Irregulars starred Thaddea Graham as Bea, the leader of the gang of youngsters, along with McKell David, Jojo Macari, Harrison Osterfield, and Darci Shaw, with Henry Lloyd-Hughes in a recurring spot as Holmes.

In other recent Netflix cancellation news, people are so upset with Netflix for canceling The Last Kingdom that a petition has been launched on Change.org to keep the show going at least for another season. And that petition has already garnered around 14,000 signatures as of the time of this writing. “It was announced that The Last Kingdom Season 5 would be the final season,” the petition reads. “This is devastating and shocking news to all fans of this amazing show.

“The series, currently showing on Netflix, is based on the historical novel series (Saxon Tales) by Bernard Cornwell, and there are 13 books in the series following the warrior Uhtred against the backdrop of the formation of England. There are enough books to cover at least 6 seasons, so it is unacceptable to all the fans of the show that season 5 would be the last one. Uhtred’s story and the history of England deserve a proper ending. This is the best show on Netflix right now and has a passionate, dedicated and growing fandom who will always be here to support and promote it worldwide!”

Meantime, here’s a sampling of some of the reaction on social media to this newest cancellation from Netflix, of The Irregulars:

I’m so sad that the irregulars got canceled 😔 pic.twitter.com/y4vAhTdWE9

Dear @netflix, Please reconsider cancelling The Irregulars. I loved that show enough to watch it twice and was one of the shows I was most looking forward to all year. Having it cancelled makes me sad.

I can't believe The Irregulars was cancelled, why Netflix keep cancelling good shows??? 😭😭😭😭😭 I'm not gonna be okay for a while after this

It’s soo annoying that The Irregulars was cancelled. It was a good show, had lots of potential. https://t.co/p8WPgLalSJ