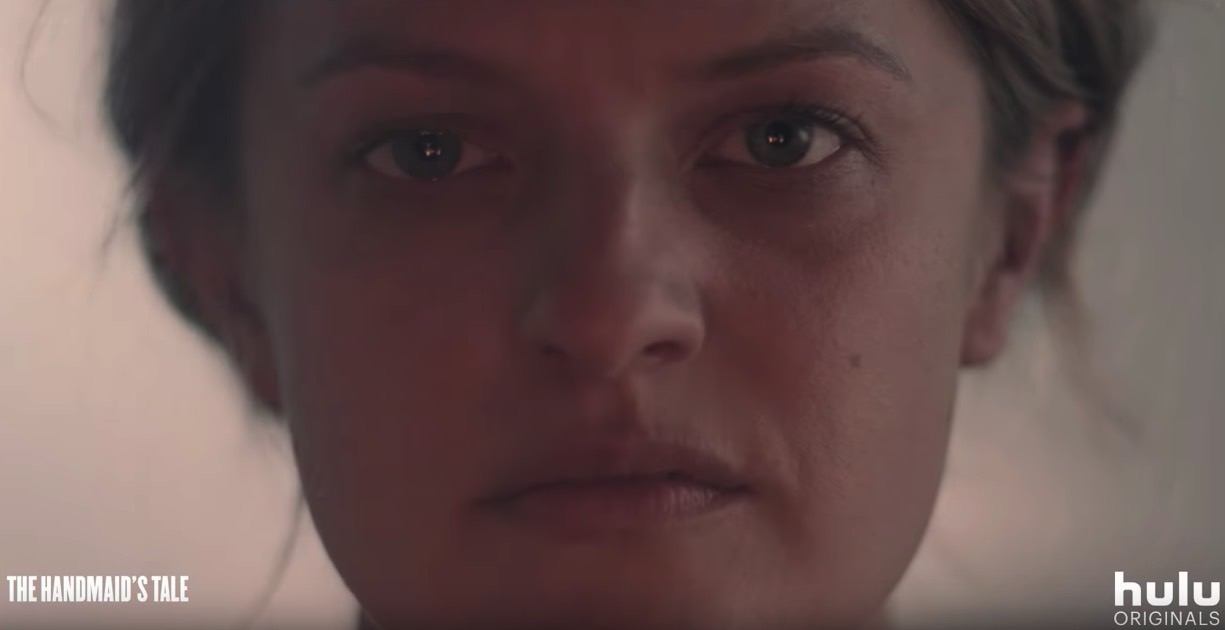 You’ve probably loved Elisabeth Moss in Mad Men, but it’s in The Handmaid’s Tale where the actress really shines, given that she’s the main character of the show.

Set in a dystopian future where the USA does not exist anymore as you know it today, Hulu’s award-winning series returns on April 25th. And we have the first trailer for it. If you haven’t seen the first season yet, you should know some spoilers follow below.

Some people joke that The Handmaid’s Tale actually foreshadows a possible eerie future for the world. Based on Margret Atwood’s novel of the same name, The Handmaid’s Tale tells the story of an extreme organization that has taken control of the former United States after some sort of coup. The newly formed Gilead republic wants to fix one of the most pressing problems of this near future. Most women can’t have children, so those that can carry a pregnancy to term have been enslaved to be used by families who can’t have children. Yeah, it’s that bad.

The first season concluded just like Atwood’s book, but Hulu won’t stop there. That means season two will not be based on material that’s already written, which is kind of cool.

The one-minute video below shows us glimpses of what’s going to happen to June Osborne and friends. From the looks of it, plenty of things can and will go wrong for some time to come. But the general theme of the trailer seems to be resistance. Expect the oppressed to fight back.

The handmaids will continue to fight back, and June — who’s pregnant by the way — will have a pivotal role in everything. After all, she’s the main character of the show.

Joseph Fiennes returns too, and the show will continue to explore and expand his darkness. Max Minghella is also back, playing Nick, the real father of June’s baby, as is O. T. Fagbenle, who plays Luke, June’s husband from their previous life. Samira Wiley, who plays June’s friend from that other life and former handmaid Moira, is also back — she’s now in Canada where she met Luke.

The first two episodes of the 13-episode season 2 will be available for streaming on April 25th, with a new chapter to be released every Wednesday after that.