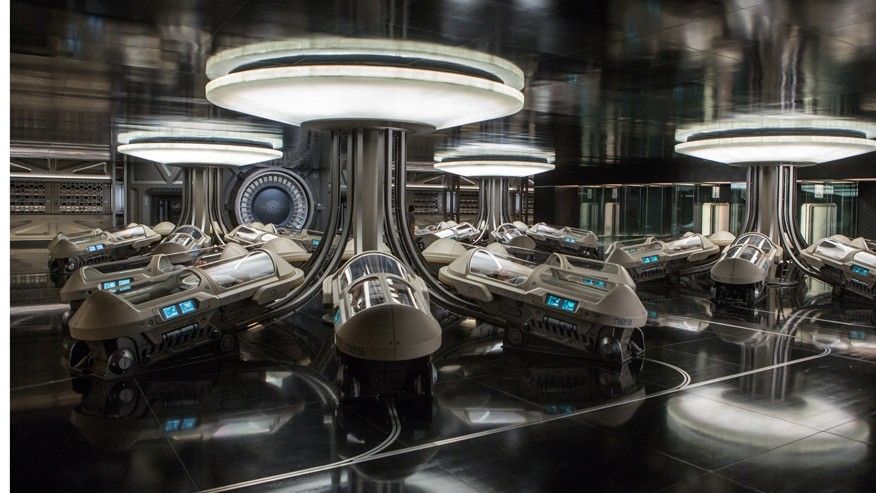 The new film “Passengers” finds a mechanic named Jim Preston, played by Chris Pratt, all alone on a sleek, spinning starship, thanks to a malfunctioning hibernation pod. The automated vessel is spacious, cruise-ship like, and even has space-age Roomba-like bots to keep it tidy.

The ship is on a 120-year voyage to a new planet, and Jim, and later Aurora Lane (Jennifer Lawrence) have plenty of time to kill— more than 80 years— not to mention a dangerously buggy starship to try to fix.

“Passengers” is firmly in the realm of science fiction, as the characters negotiate the very long space schlep to the new planet, called Homestead 2. But what isn’t science fiction is that scientists already know of the existence of thousands of exoplanets, which are planets beyond our solar system. Earthlings, however, aren’t going to be going to them in the near future.

NASA IDENTIFIES 1,284 NEW EXOPLANETS, MOST EVER ANNOUNCED AT ONCE

“So far, there has been over 3,000 exoplanets that have been detected, mainly from space,” Tiffany Kataria, a scientist at NASA’s Jet Propulsion Laboratory who focuses on exoplanets and their weather, told FoxNews.com. “The Kepler space telescope really revolutionized the number of exoplanets that we know exist.” (Kepler is credited with over 2,300 confirmed exoplanets, using a system to detect them called the transit method.)

But of all those, only a “handful” are potentially habitable, she said.

Humanity is not going to be visiting them anytime soon, though. Take, for example, the nearest known exoplanet, Proxima Centauri B, which is about four light years away from here— a light year being the distance that light can travel in 365 days.

So could we send a probe there? Kataria brought up the Juno space probe, currently orbiting Jupiter. That probe has cruised at speeds in the neighborhood of 150,000 miles per hour.

Even if a probe could travel at that speed to Proxima Centauri B, it would take an astounding 18,000 years to get there, according to Kataria.

“So the technology really isn’t there currently,” Kataria said.

In the film, the fictional ship is traveling at 50 percent of light speed— if we could send a probe to Proxima Centauri B at that speed, it would take just 3,000 days, or just over 8 years to get there. But there’s no tech that can do that.

So, Kataria said, there isn’t a direct connection between the film and NASA’s current research. But, she added, it is evocative of “the imagination and the possibility for things that could be out there. Obviously, the driving goal of NASA, particularly in the study of exoplanets, is to find terrestrial planets that might be like our own, that we might be able to live at someday. This [film] further tugs at those heartstrings.”