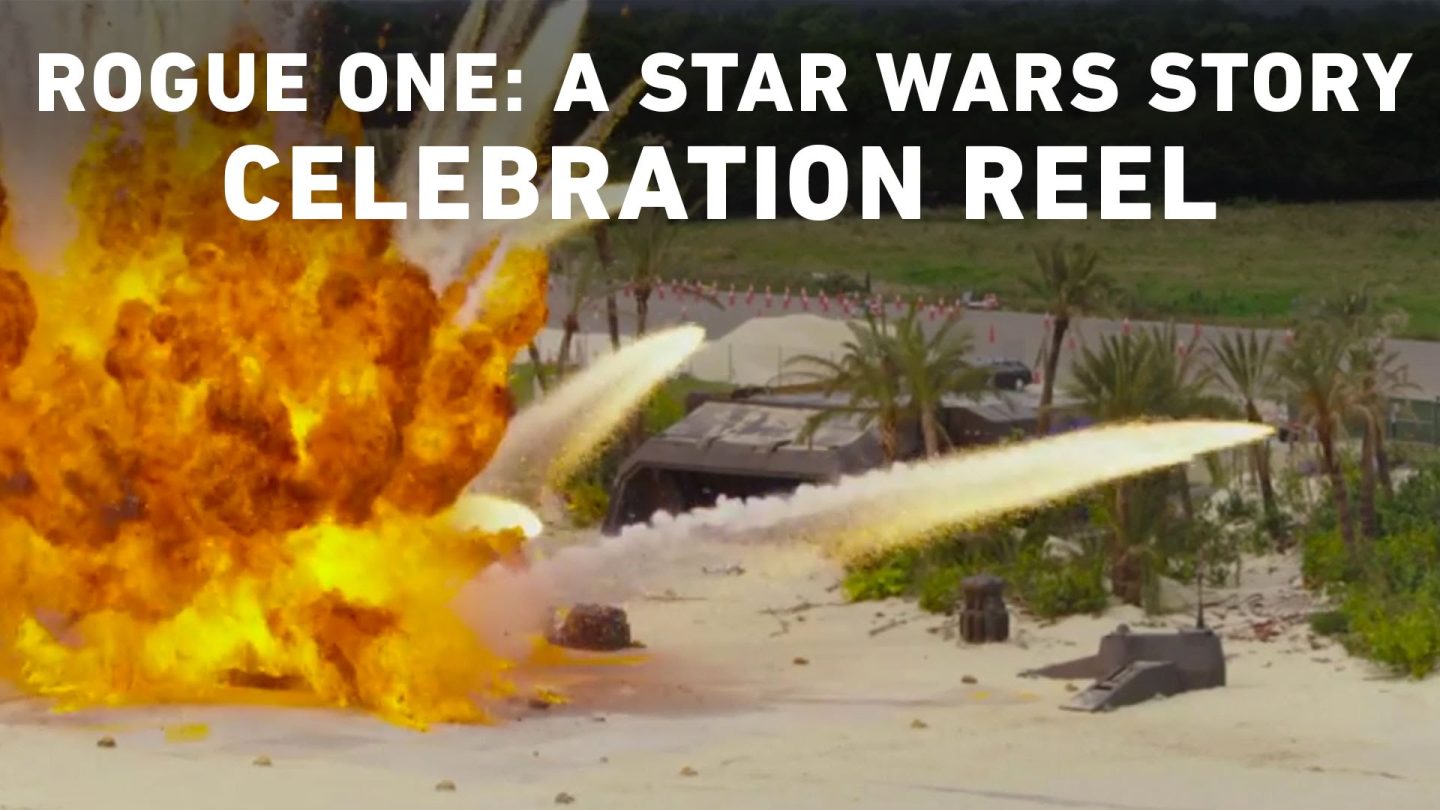 In case you hadn’t heard, Star Wars Celebration 2016 kicked off this weekend, and fans from all over the world have gathered in London to find out exactly what Lucasfilm has in store for the future of the franchise. There are sure to be plenty of surprises throughout the weekend, but we were treated to a “celebration reel” of Rogue One: A Star Wars Story on Friday to whet our appetite.

DON’T MISS: Watch the first 8 minutes of ‘Stranger Things’ before it hits Netflix on Friday

It’s not a full trailer, but the behind-the-scenes video does feature a significant amount of unseen footage. We’re hoping to see a new trailer before the end of the event, but this should tide everyone over for the time being:

“The pressure’s so high,” says Gareth Edwards, the director of Rogue One. “I’ve been making a film that’s right touching my favorite movie of all time. But then if you’re too respectful of it, that you daren’t do anything new or different, take a risk, then what are you bringing to the table?”

To call any movie with Star Wars in the title a “risk” might be somewhat laughable, but there’s no question that the first ever Star Wars spinoff film has a great deal riding on it. If Edwards, along with Felicity Jones, Diego Luna, Mads Mikkelsen and the rest of the cast can pull this off, it’ll be an achievement worth celebrating.

We’ll be keeping an eye out for any other major news out of Celebration 2016.