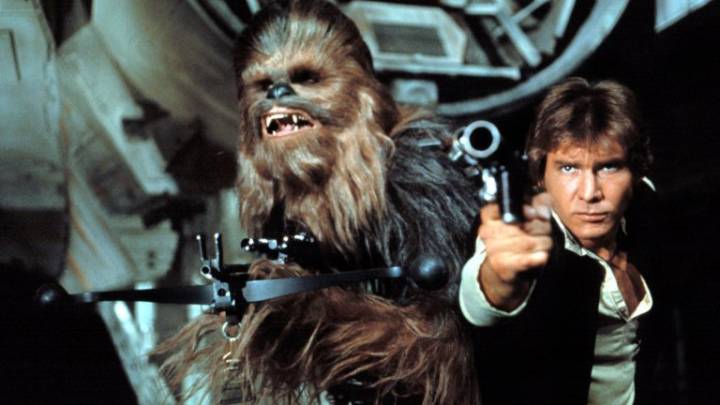 The standalone Han Solo movie, a Star Wars spinoff we know is in the making, finally has a release date. Han Solo is arguably one of the best Star Wars characters, and we all hated seeing his death in Star Wars: The Force Awakens. The good news, of course, is that he will return in Episode VIII next year. But the untitled Han Solo movie will be even more interesting as it’ll tell us the story of young Han Solo, covering his adventures before meeting Obi-Wan and Luke.

During a Q&A event after receiving the first AJFF Icon Award for Contributions to the Cinematic Arts, Lawrence Kasdan revealed more details about the movie. Kasdan wrote the first two episodes of the original Star Wars trilogy and co-wrote Episode VII. Who better to talk about Han Solo than one of the writers who helped Harrison Ford shine in that role?

According to him, the Han Solo flick will start filming next January in London. The movie is set to premiere in May 2018, Star Wars News Net reports, a few months after Episode VIII’s release date, and more than a year before Episode IX hits theaters.

“Chris Miller and Phil Lord are going to direct it,” Kasdan said. “They’re great, funny and imaginative, and we’ve had a great time together. My son [Jon] and I wrote the script and Chris and Phil are working on it, and they’re about to move to London to start shooting in January. And it should be fun.”

“They’re actually scheduled for May [2018],” he continued. “The [other Star Wars films] are falling on Christmas — Rogue One and Episode IX. Han will come before Episode IX.”

Kasdan said that he’s also pretty familiar with what happens in Episode VIII and IX, without revealing any details about the fate of the new Star Wars heroes.

As for the Han Solo movie, Alden Ehrenreich is said to be the final choice for the lead role.