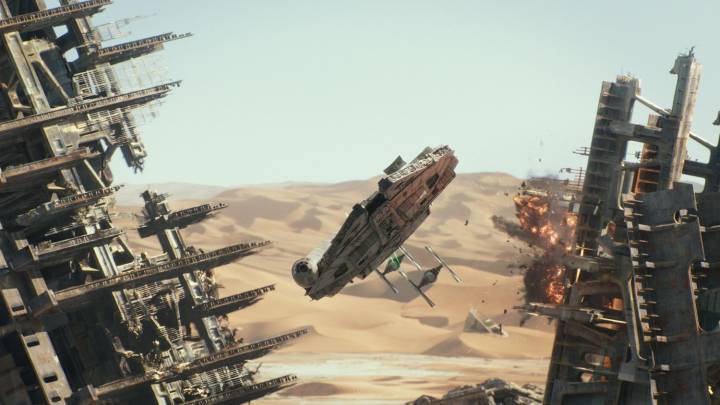 Did J.J. Abrams overuse special effects in his Star Wars movie? That may have been one of the worries fans had walking into Star Wars: The Force Awakens, as many criticized George Lucas for his overuse of visual effects in the previous Star Wars trilogy. Now you can be the judge, as a special 10-minute video Disney sent out to for Academy Awards consideration has been making the rounds of YouTube. It shows the tremendous work that went into creating the movie — rather than relying solely on computer graphics and green screens, Abrams built massive props to help the actors get into the role.

MUST SEE: 20 apps you need to have on your iPhone home screen

The 10-minute video was initially uploaded on the official Oscars YouTube account, Uproxx reports, highlighting The Force Awakens special effects with the help of “before and after” footage. Soon after that, the video was posted on various YouTube accounts but it’s being promptly taken down at Disney’s request.

However, YouTube channel Disneyland Experience grabbed plenty of screenshots from the Disney video, capturing some of the “before and after” shots Disney provided – but these are just still images. Even so, the collection of pictures is still impressive, showing why this year’s Star Wars movie deserves a spot on the 2016 Oscar nominations for best visual effects.

Disneyland Experience’s video coverage of the VFX in Star Wars follows below.