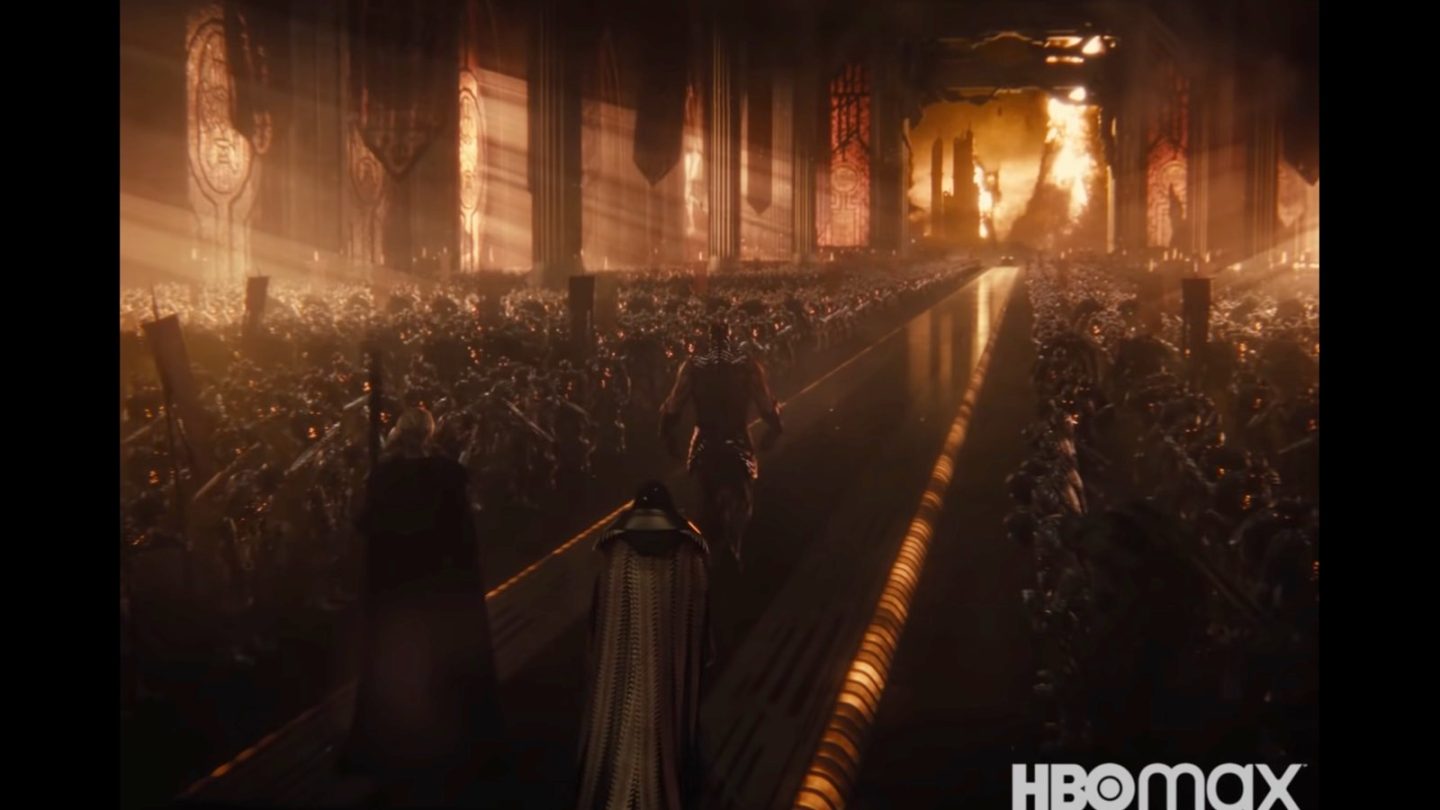 It’s March 18th, which means the DC film so many fans have been waiting for is finally available to stream. The mythical Snyder Cut is real. It’s four hours long, it’s darker than the original Justice League that so many people hated, and it’s streaming on in every market where HBO is available. You might think that you don’t need to relive any of that pain, but you’ll find that resistance is futile. The more you’ll contemplate the idea of watching it, the more you’ll want to see it. What’s another four hours of Batman & Co. action? How bad can it be? And the fact that reviewers like this version better than what Warner Bros. put us through several years ago will make you even more curious about Zack Snyder’s Justice League vision.

When you do finally relent and press play, you’ll find an unexpected surprise: two huge black bars on either side of a movie shot entirely in 4:3 aspect ratio. That’s right, the “Snyder Cut” story just keeps getting weirder and weirder.

It’s very unusual to see a movie or TV series in 4:3 nowadays. You might think that Snyder is pulling off some WandaVision-like trickery, where the aspect ratio changes from episode to episode, just like the sitcoms when we moved from one TV era to the next. But the Snyder Cut is meant to play in 4:3 from beginning to the end. It won’t magically switch from 4:3 to 16:9 to serve the story. And you’ll get the same experience on any device, not just TVs.

It’s not because Snyder couldn’t release the film in 16:9, or that HBO couldn’t “fix” it. HBO makes it clear at the start of the film when you’re greeted with a message that reads:

This film is presented in a 4:3 format to preserve the integrity of Zack Snyder’s creative vision.

Snyder shot the film in 4:3 because this is how it was meant to play in theaters back in 2017 when the movie launched. The filmmaker targeted IMAX theaters, looking to show even more detail with this taller aspect ratio. I started watching it on a laptop, so I was initially pretty shocked to see those massive black bars flanking the picture, which many people have taken to social media to complain about. That’s when I remembered various articles that covered the Justice League re-release.

From Vanity Fair a few weeks ago — emphasis ours:

Rebuilding the story he had always envisioned is what invigorates Snyder most. He can go as deep and dark as he likes. He can say to hell with DC’s official time line for the characters and let this alt version of the Justice League story wind up wherever he pleases. He has put Superman in a sleek black suit instead of the iconic blue and red. He’s added the Joker (Jared Leto). He has reshot the ending with a hero cameo that will blow hard-core fans’ minds. In what may be a divisive move, he’s also presenting the movie in the boxy 4:3 format rather than wide-screen so that one day it can be watched on IMAX screens. Some may be irritated by seeing Justice League on with black bars on either side. Snyder isn’t troubled by that.

The film was originally shot that way. You know, don’t forget it was intended for the theatrical release, and it was intended to have an IMAX release. But now that it was on , Zack didn’t want to change the aspect ratio, because everything was framed that way. And it’s also, I just think it’s just so unique. You’re getting so much of the picture, you’re seeing a lot more. If we then made the decision to just chop it off, we would be losing part of the frame. So it was really important to maintain the aspect ratio because that’s how it was originally intended to be. That’s how it was shot. That’s how the visual effects were done.

In other words, forcing the aspect ratio to 16:9 would ruin the Snyder Cut and turn it into something else. Or something like that.  The faster you get used to those black bars, the better it is — the only alternative is finding a device that has a display with a 4:3 aspect ratio. Even the trailers for Zack Snyder’s Justice League have the 4:3 format: