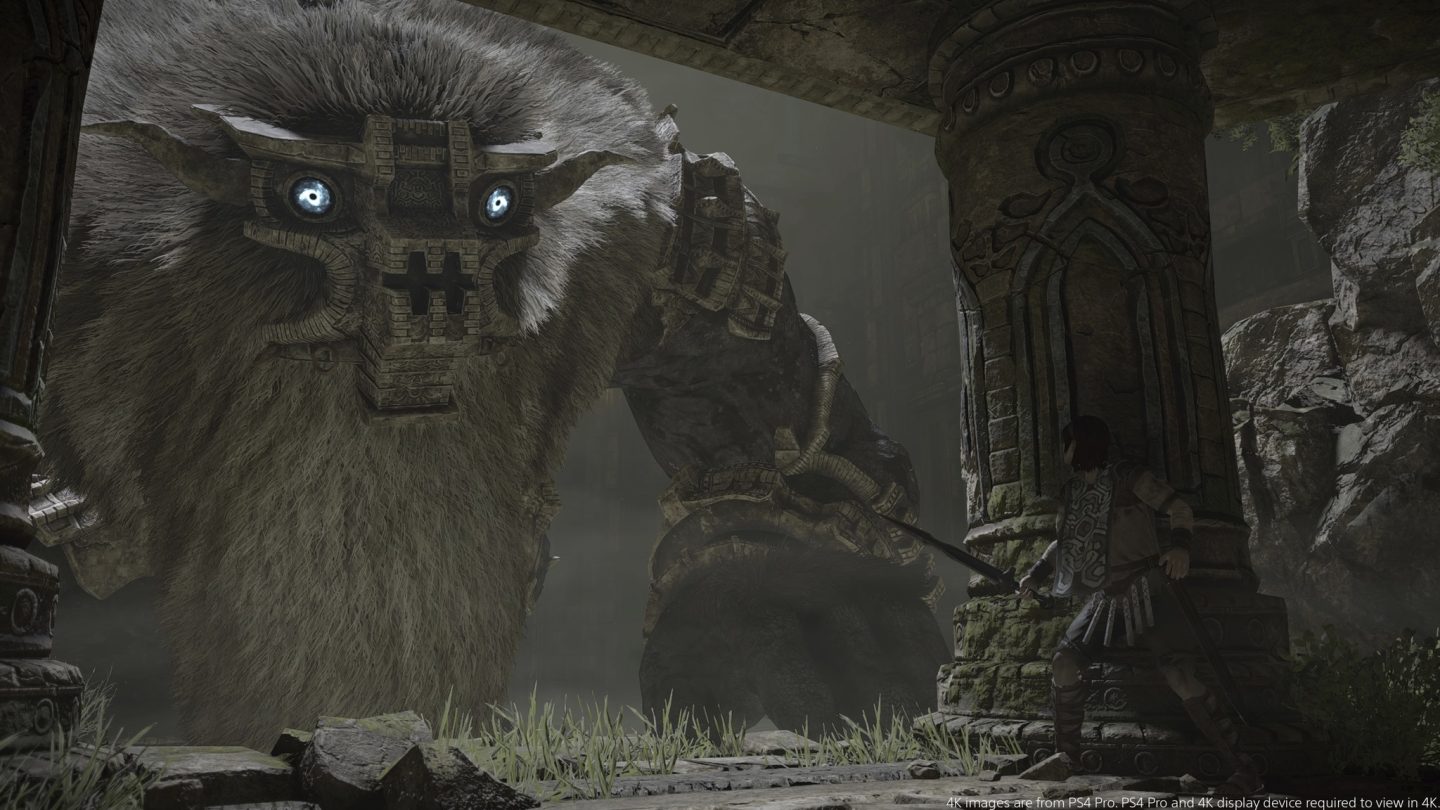 For those of you who missed out a decade and a half ago, this is a game about a man who wants to bring a woman back from the dead. In order to do so, he travels to a forsaken land where he must slay sixteen colossi, at which point a mysterious god will grant his wish. That’s the long and short of it — sixteen epic boss fights.

Unlike other open world games, Shadow of the Colossus doesn’t have side quests or NPCs. For the entirety of the quest, it’s just you, your horse and the sixteen giants that you have to topple. Between you and the colossi are rolling fields, endless deserts, lush forests and shimmering lakes. There are no enemy mobs, no long cutscenes — you are truly alone on this journey, and the only other living creatures in the region are your targets. 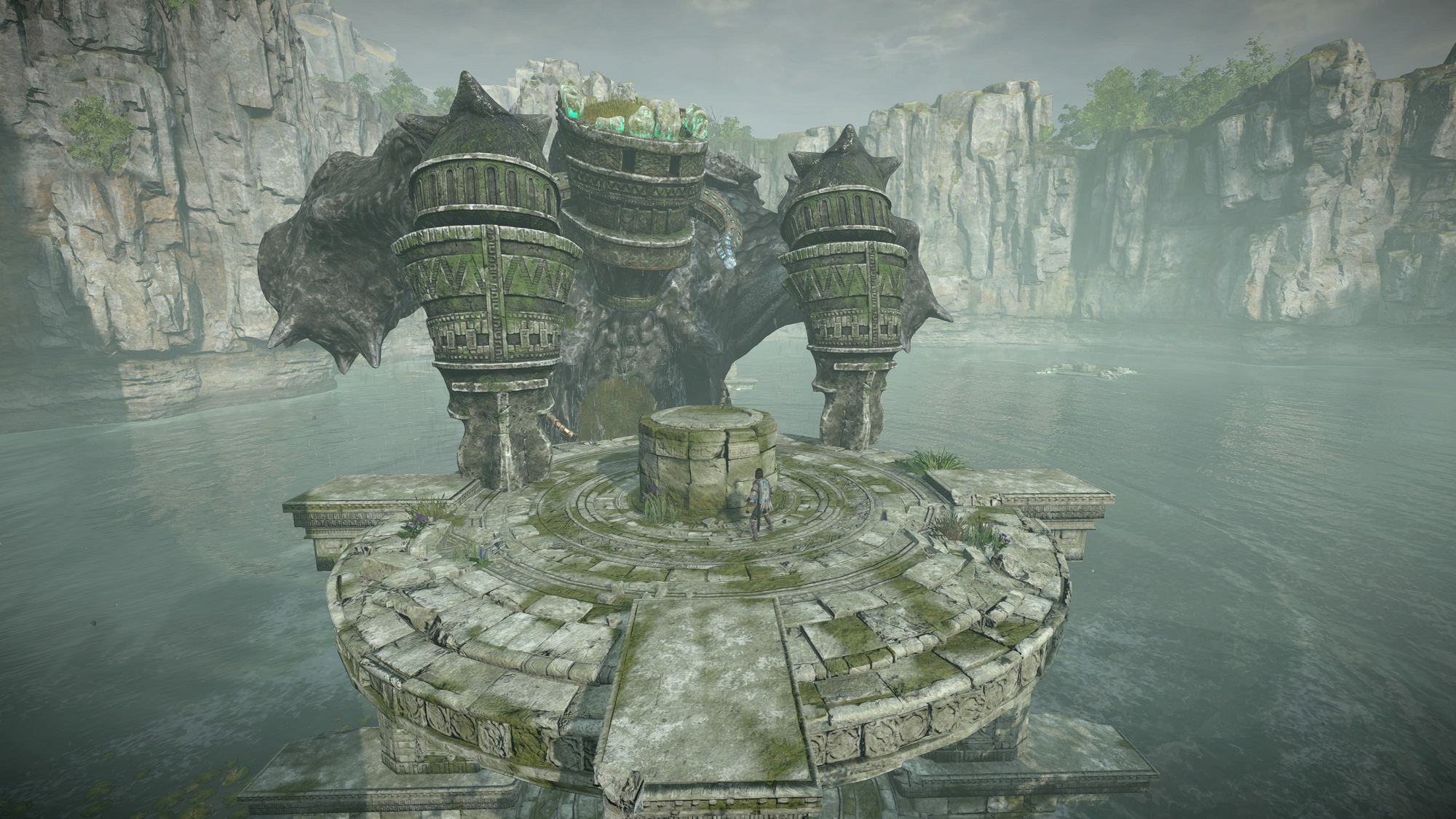 Once you reach a colossus (by following a beam of light your sword emits when you hold it up to the sun), you have to use your weapons and the environment to reach the colossus, then climb its fur to its weak point, where you’ll stab repeatedly while it tries to shake you off. Figuring out how to trick a colossus into allowing you to scale it is the game’s form of puzzle-solving, and it’s satisfying each and every time you do it.

Having beaten Shadow of the Colossus many times over on the PS2, I wasn’t sure I needed the remake for the PS4. After all, Bluepoint Games (the developer behind the remake) wasn’t going to add anything substantial to the game aside from the updated visuals. How do you build upon such a brilliant formula anyway?

And yet, within an hour of diving back into this stunning, desolate world, the remake had already won me over. It is impossible to overstate how drastically the game has improved as a result of Bluepoint’s work. The visual upgrade is the equivalent of moving straight from a VHS tape to a 4K Blu-ray. The environments, the colossi, the weather effects, the architecture — save for the bone structure, the remake is almost unrecognizable.

Bluepoint stresses that the code has been mostly unchanged (save for some minor but crucial adjustments). This is the same game we played in 2005, with the same bosses, the same physics, the same weapons and the same story. So while the code may be the same, it’d be a bit disingenuous to call this a “fresh coat of paint.”

But some of the most important changes of all are changes that even hardcore fans might not pick up on right away. Shadow of the Colossus was an incredible achievement, but it wasn’t perfect — not even close. The control scheme didn’t make any sense (triangle to jump? hold R1 to climb?), mounting your horse was needlessly frustrating, aiming with the bow was a nightmare and the camera was constantly bugging out. 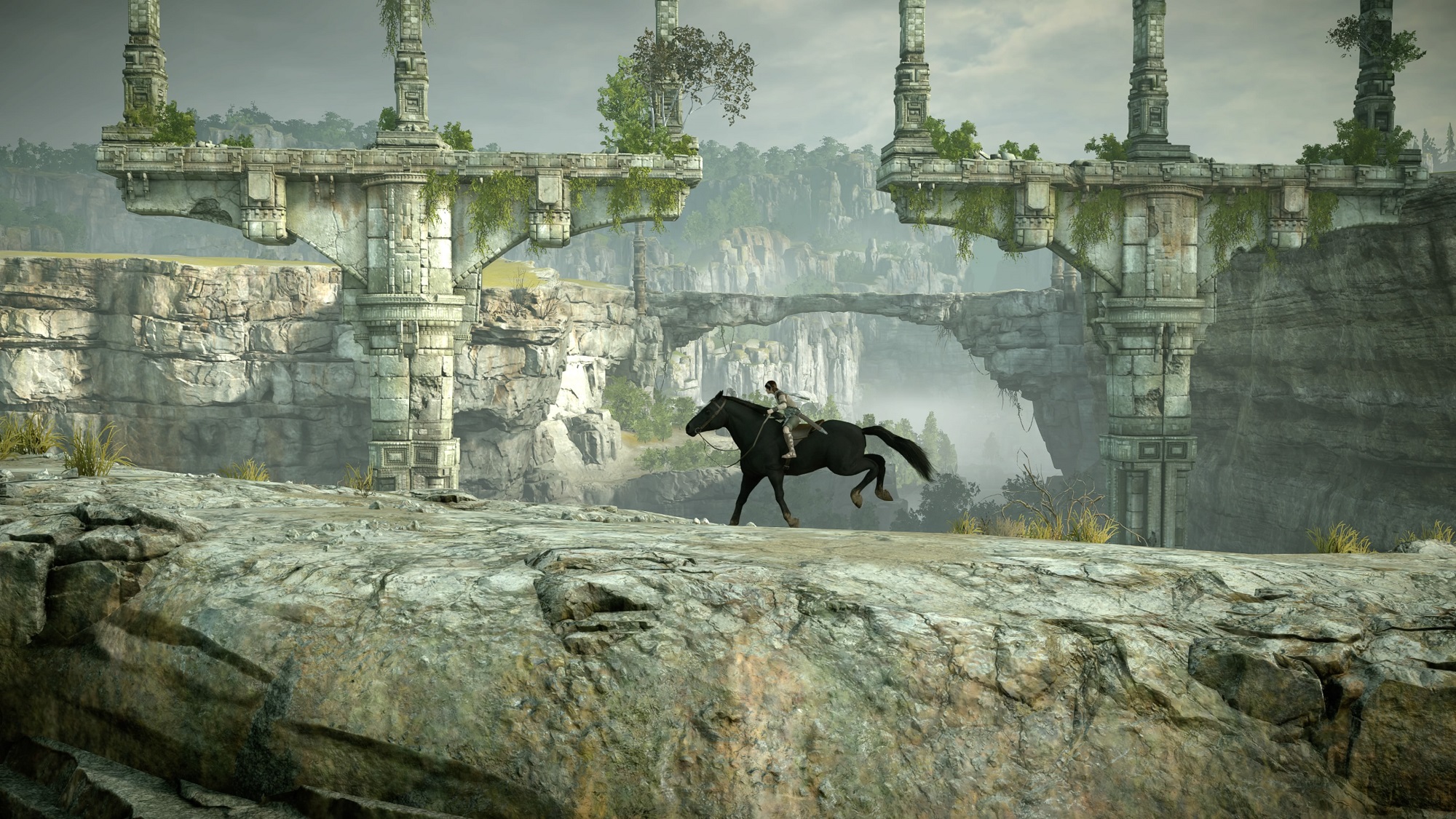 Each of these issues and more have been addressed in the remake. The default controls have been remapped (and you can make further adjustments from the menu), aiming has been fixed, mounting Agro is a breeze, you can swim faster underwater and the camera has been sedated — just to name a few.

That doesn’t mean that the Shadow of the Colossus remake is an entirely smooth experience. I still ran into bugs, had trouble stabbing colossi once I’d reached their weak points and got lost exploring the world. But there’s no question in my mind that this is the best way to play the game, whether you’ve played it before or not.

PlayStation 4 Shadow of the Colossus