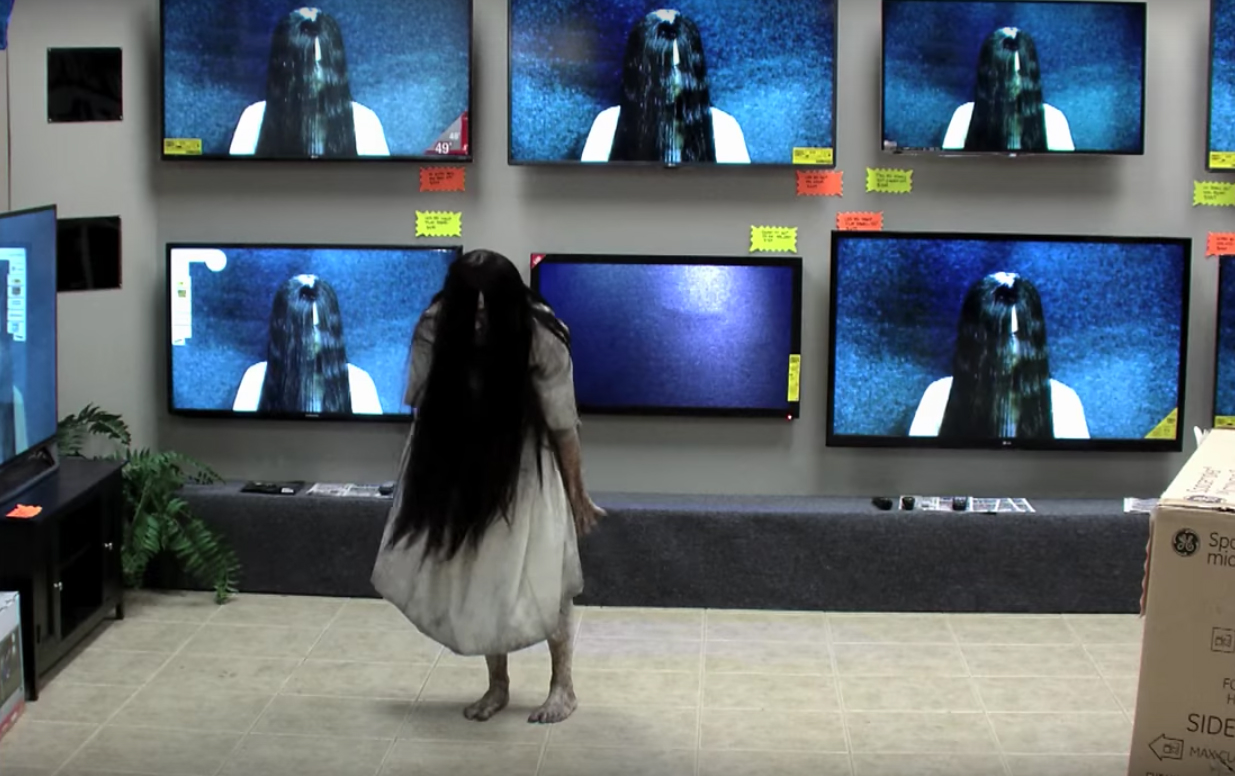 Whether or not you’ve seen any of the Ring horror movies, I’ll briefly remind you what they’re all about — well if you’ve seen one, you probably still remember. There’s a video going around that will kill you a few days after you watch it. And there’s a scary girl that comes out of the TV, which is seriously creepy.

If you liked The Ring, you should be thrilled to hear there’s a brand new one in the works called Rings, and the general premise is similar. And someone used the premise in those movies to create a brilliant prank that’ll make a perfect marketing campaign for the movie.

That’s exactly what happens in this Rings prank below, and most people freak out instantly. As creepy as it may be, the clip is also funny to watch from the comfort of your own home — I’m pretty sure I’d have the exact same reaction if I was shopping in that store, especially after watching the trailer for the movie on all those screens.

As Gizmodo notes, the people who came up with this idea are the same pranksters who terrified people in a coffee shop by making a girl seem to lose control over her telekinetic powers. However this video is posted on Paramount’s official YouTube channel, and it’s already going viral. Check out the clip below.

Rings, meanwhile, will premiere in just a few days on February 3rd.