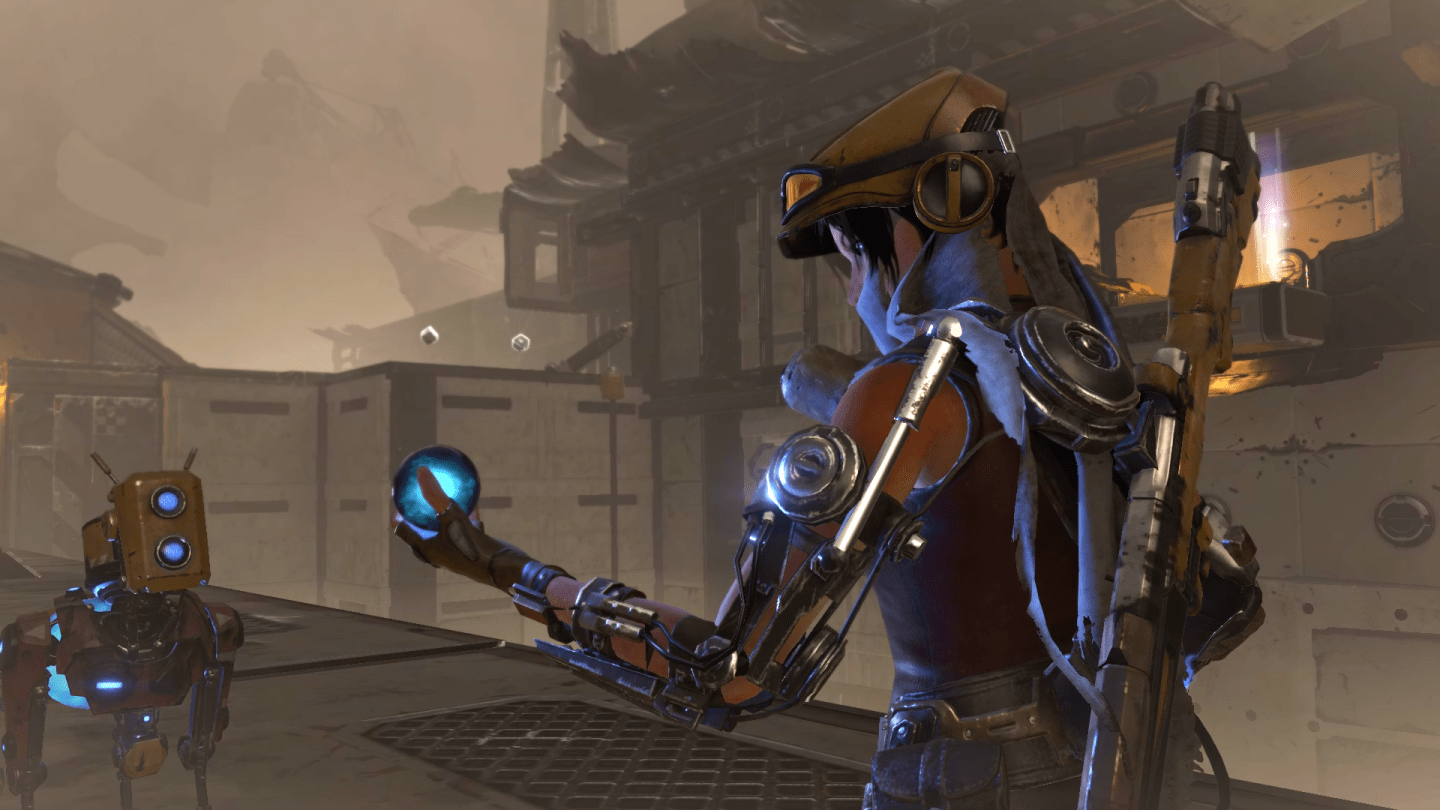 Jak and Daxter is one of my favorite game series of all time.

In fact, I’ve always been drawn to character-driven, 3D action platformers — the games that spawned from Super Mario 64 and its ilk. There’s something infinitely entertaining about running, jumping and gliding around a three-dimensional space when the laws of physics don’t apply quite like they’re supposed to.

This is why I had so much fun playing ReCore, a new Xbox One console exclusive platformer from Comcept. It’s also why I still haven’t given up on ReCore, despite the countless inexplicable design decisions and glaring technical flaws that threaten to derail the experience at nearly every turn.

ReCore is the story of Joule, a young woman who fled Earth along with thousands of other humans after the planet became uninhabitable. She and the others who survived made their way to Far Eden, a planet they planned to terraform into a colony that could one day be the new home of the human race.

But when Joule wakes up on the desert planet, she can’t find any of the people that left with her. She’s all alone but for her Corebot companion, Mack: a robot who bares a strikingly resemblance to a dog and is powered by a core. 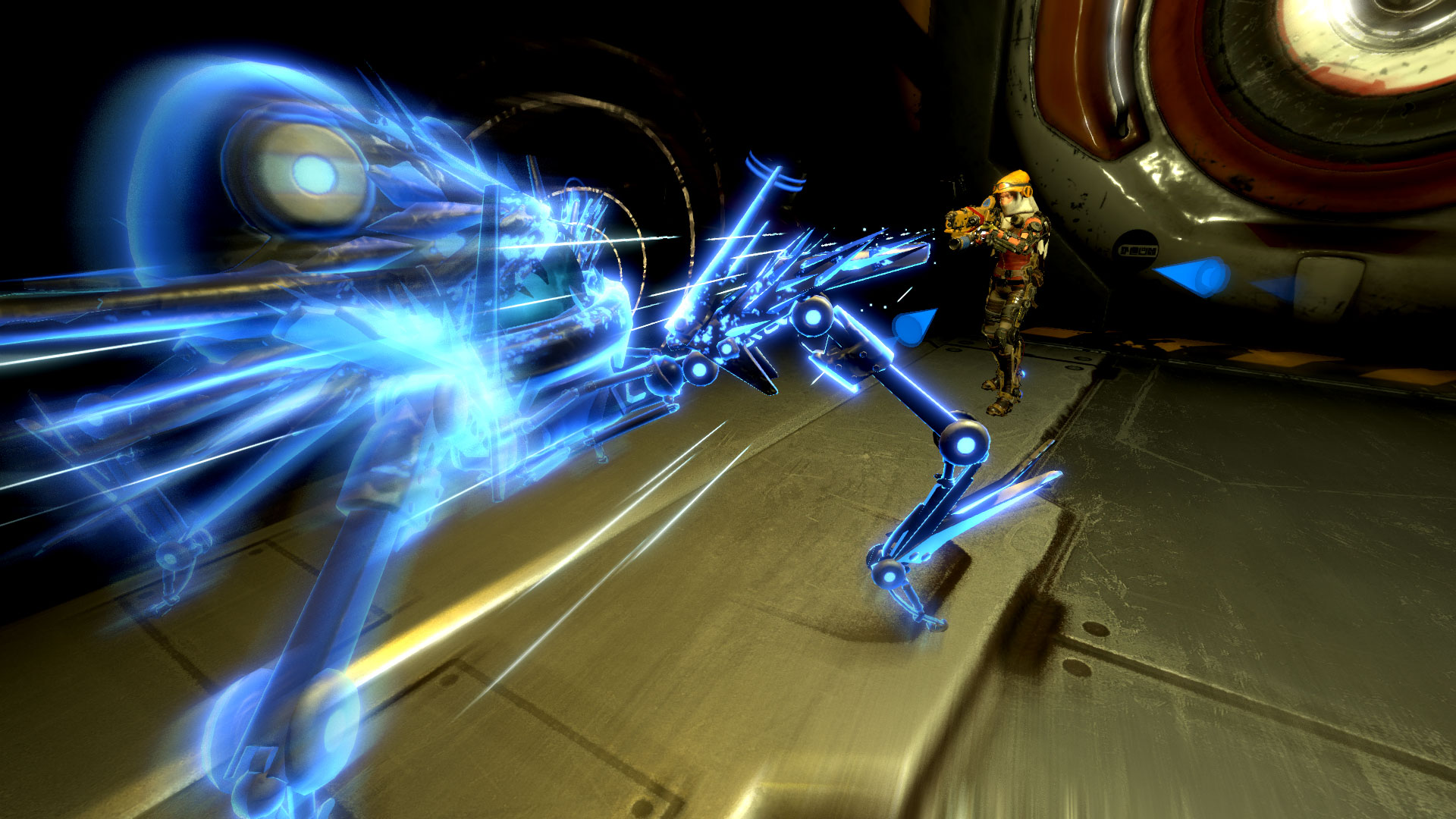 As you might have guessed from the name of the game, these cores are central to the story. Not only do they power your Corebot, they also power the hostile robots roaming Far Eden, and they’re the key to transforming Far Eden into the paradise that everyone dreamed it could be when they left Earth.

At its core (I will not apologize for any puns I make over the course of this review), ReCore is a third-person action platforming game with a heavy focus on gunplay and collectables (similar to the final two games of the Jak and Daxter trilogy). The twist here is that you can change the color of your gun’s bullets depending on the enemies you’re fighting: blue bullets do significantly more damage to blue enemies, yellow hits yellow enemies harder and the same is true for red.

The second twist is that once you get an enemy down to its last chunk of health, it becomes temporarily stunned and you can choose to either finish it off with a few more bullets, or rip its core out with a grappling hook.

The aforementioned core-ripping requires you to complete a quick, but thrilling, fishing-like minigame, where you pull until the line turns red, let off until you get some more slack, then yank it free. You’ll use those cores to upgrade the stats of your Corebot, so getting a feel for the minigame early is important. 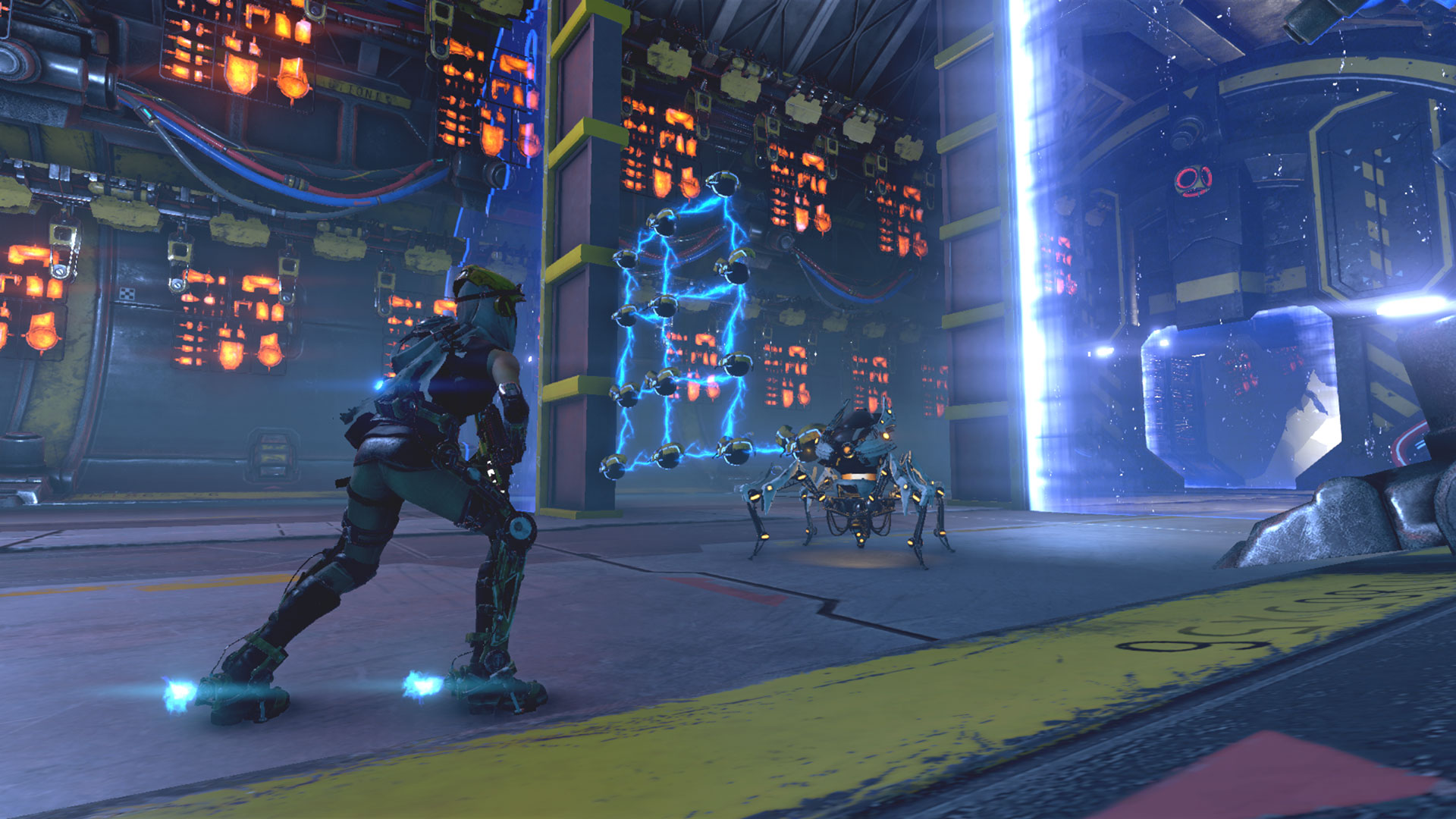 Once you’ve been introduced to the core-pulling and color-switching combat system, the game begins to open up, allowing you to explore Far Eden in all its sandy glory. After finding a prismatic core early on in the game, Joule realizes that she can use it to power equipment and open doors that wouldn’t open otherwise.

She makes it her mission to find more more these prismatic cores, hoping to eventually gather enough to power the machinery that will transform Far Eden into a new Earth. In order to do so, she has to battle large boss enemies with prismatic cores at their center, explore dungeons filled with puzzles, enemies and platforming challenges and jump around a huge open world while keeping an eye out for more.

For the first several hours, the game is surprisingly linear, especially considering how (relatively) large the open world is. This is not nearly as big a map as Just Cause 3 or as detailed a world as Grand Theft Auto V, but it can take a while to get from one zone to the next, especially if you battle every enemy that spawns along the way.

But unless you decide to break off the critical path, the game will always point you in the direction of the next primary objective. Until I reached the game’s final dungeon, I didn’t even realize that there were core requirements (i.e. “You need this many cores to enter”) on some of the other dungeons. 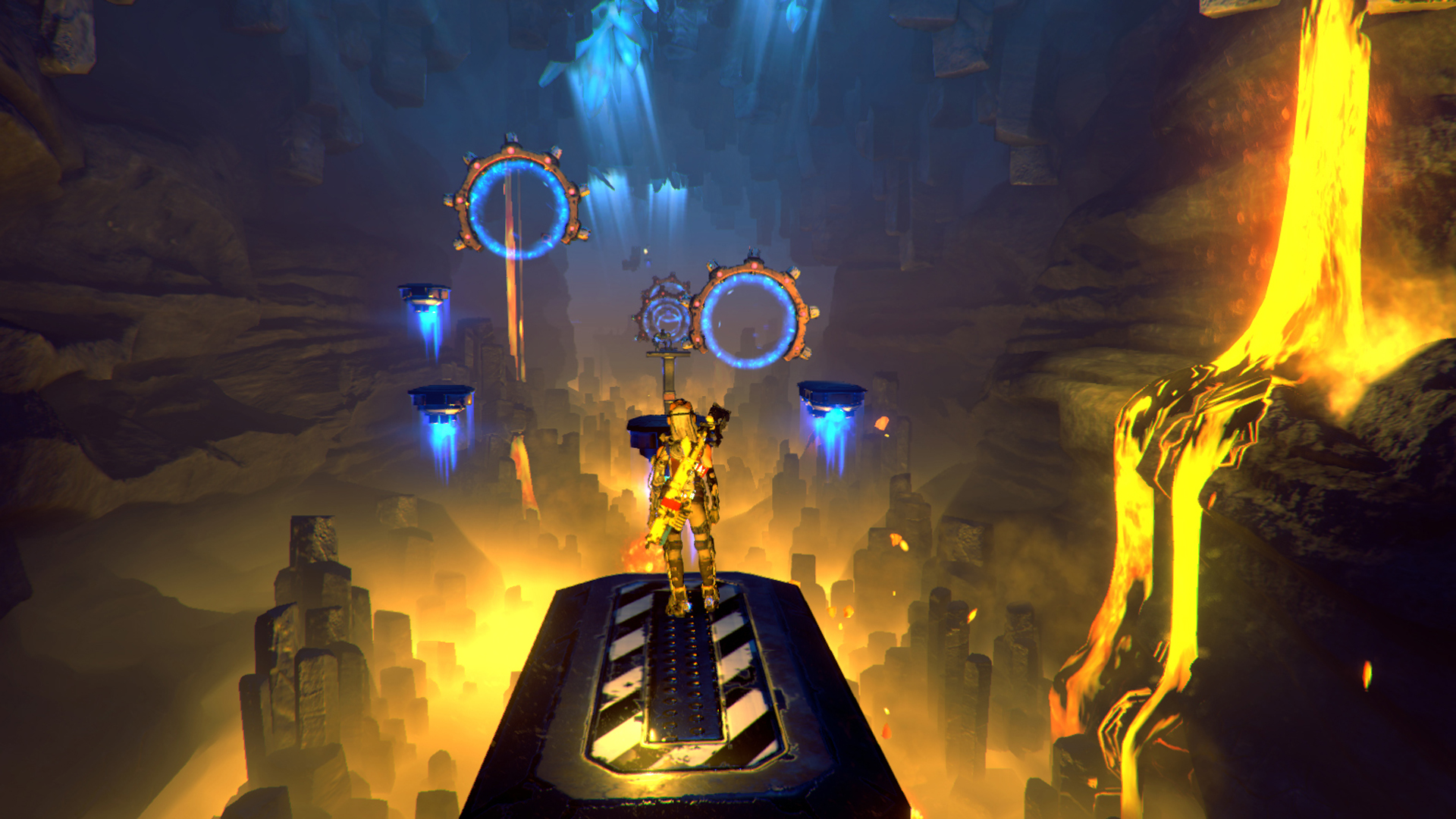 And here’s where we get into the game’s flaws, of which there are many. We’ll start with the not great and get to the terrible at the end.

That’s a lot of text dedicated to weird design choices and unforgivable technical issues, huh? ReCore, despite all of its charm, its clever, often exhilarating combat system and the fantastic freedom of movement, is fundamentally broken.

Other have experienced glitches far worse than anything I’ve run into so far, but even having been relatively lucky with my playthrough, the experience was still tarnished by all the issues I listed above, enough so that I am having a hard time deciding whether or not to recommend the game at all.

That said, if you’re willing to take the risk, buried beneath the stupid AI and the long loads is an enjoyable character-driven platformer with a somewhat gripping story, some great platforming and a bunch of unique gameplay elements.

Microsoft provided BGR with a copy of ReCore on the Xbox One for the purposes of this review.