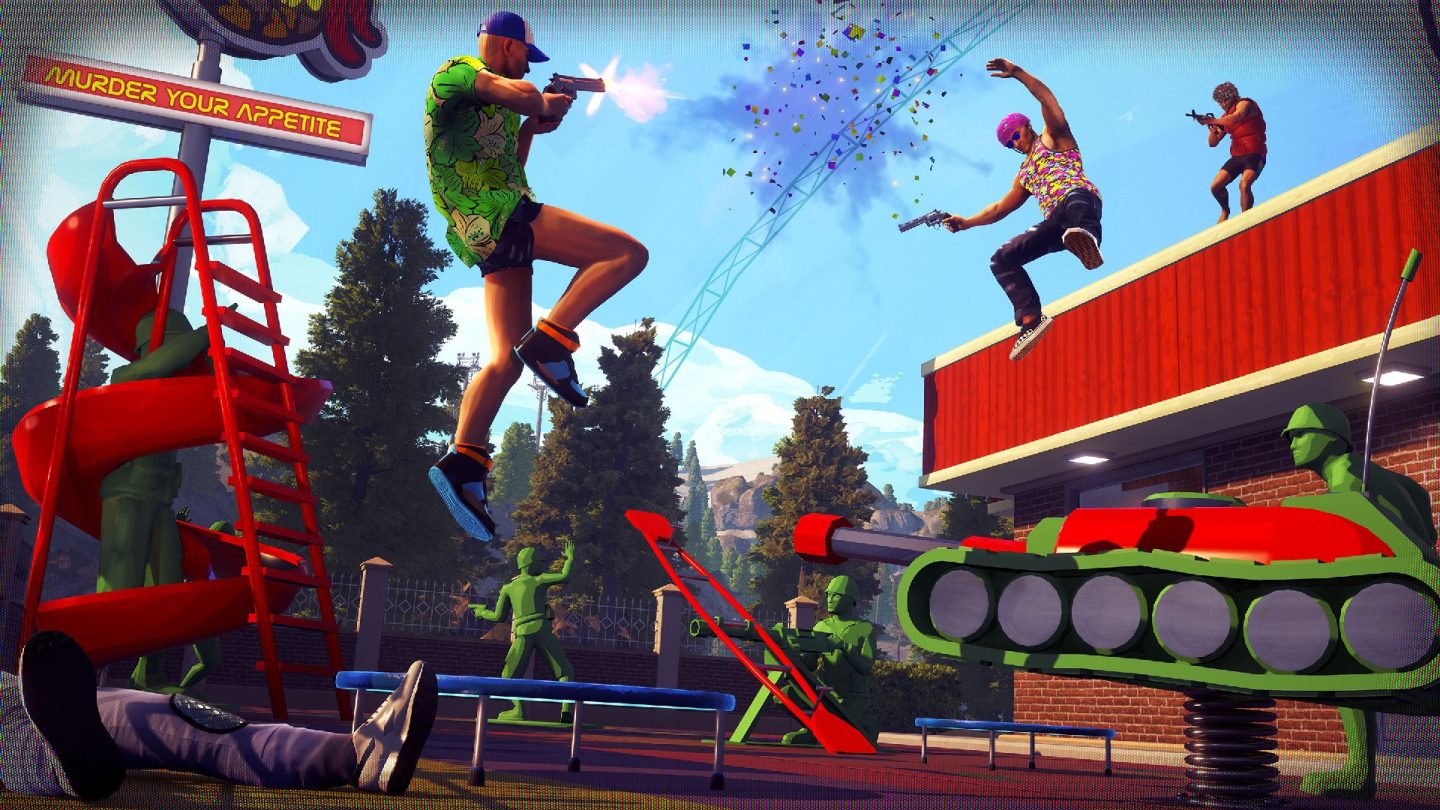 While they aren’t the only two battle royale-style games available, PlayerUnknown’s Battlegrounds and Fortnite are clearly the two kings of the genre at the moment. Their arrival on smartphones has only solidified their positions, but this week, a new competitor is stepping into the ring. Less than a week after announcing that it was moving on from its competitive shooter LawBreakers, Boss Key Productions has unveiled a new game called Radical Heights.

Much like PUBG and Fortnite, Radical Heights drops a bunch of players on to a map where they’ll fight to the death. The twist here is that Boss Key’s game takes place in a game show, and you’ll be rewarded with prizes and cash to purchase items and weapons for taking out other players and shooting objects in the game world.

“Only in Radical Heights does in-game cash you find carry over into future matches,” Boss Key says in a press release. “Play matches, collect cash, kill contestants, interact with game show elements and more to buy cosmetics from your personal prize room, or put some of that sweet cash in your bank to help buy a weapon next match quicker than your opponents. The choice is yours.”

Boss Key is going all in on the ’80s aesthetic as well, with everything from the outfits to the vehicles to the weapons and locations looking like it was ripped straight out of an ’80s movie (even though the game is set in 2023).

“This is a five month passion project for the studio as we’re creating and publishing the game entirely by ourselves,” said creative director Zach Lowery. “We’re huge fans of Battle Royale games along with the bright, inviting irreverence of the 80’s aesthetic. Because of that, we want to put our own spin on the genre and create a futuristic 80’s world that takes place in 2023 during an over-the-top game show where contestants battle it out for fame and prizes.”

Radical Heights will be downloadable from Steam Early Access on Tuesday, April 10th for free. Boss Key will also offer a $14.99 founder’s pack with “exclusive items and bonuses not available anywhere else.”