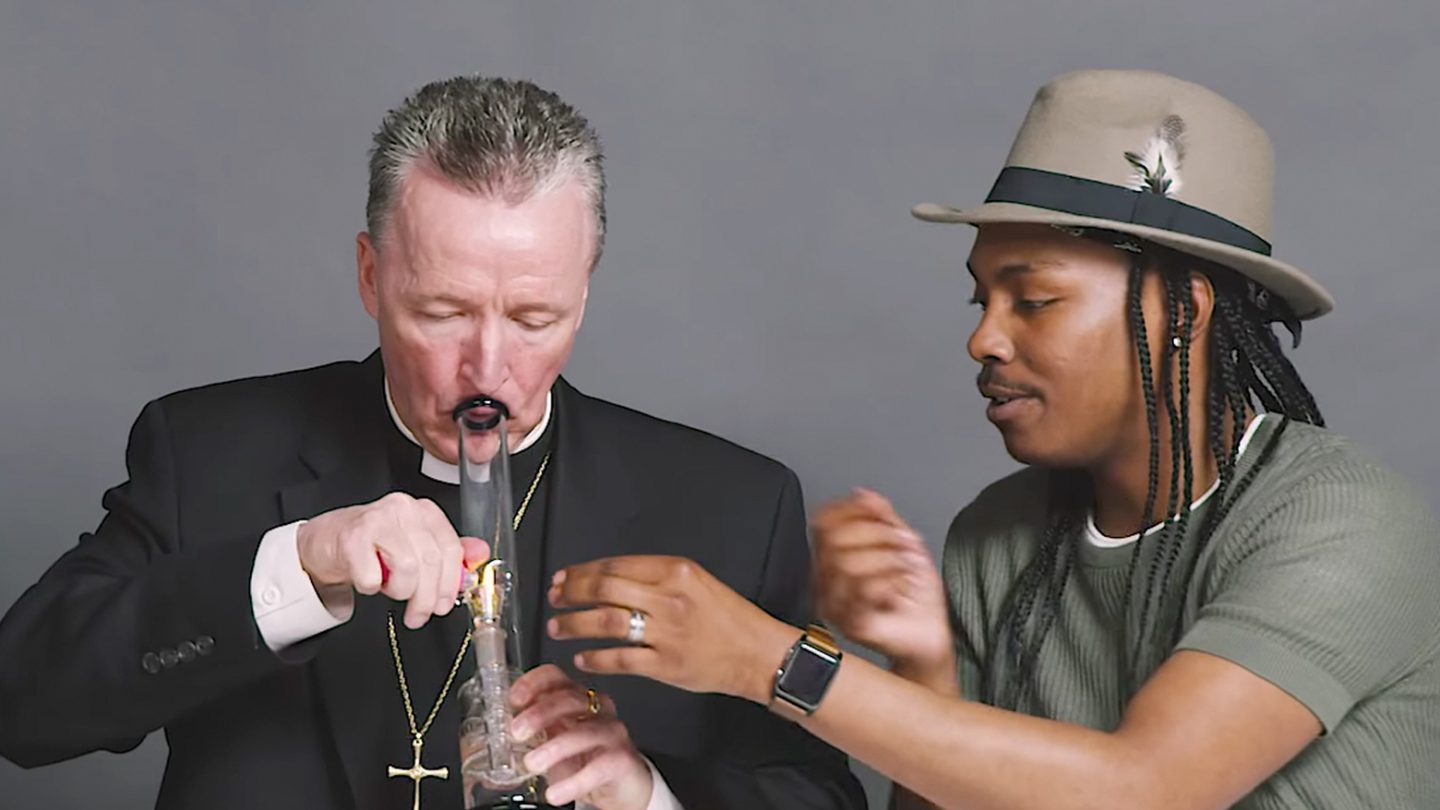 Sticking people of differing religious faiths in a room and letting them talk about their views on creation, existence, and the world at large can be a risky proposition. So, when Cut had two men of extremely strong belief — a rabbi and an Episcopal priest — sit down at a table with a homosexual atheist, and then threw a bong and a few joints into the mix, it was obviously impossible to predict how things would pan out. But as they soon discovered, the three had way more in common than they could have possibly imagined.

The video, which clocks in at just over eight minutes long, is a fantastic look at how structured religion can often fail to represent what someone is really feeling on the inside. The addition of marijuana, which all three men admitted to having used either liberally or rarely in the past, adds a whole other layer of intrigue to how the events in the video unfold.

It’s clear from the outset that the three are fairly tense in each others’ company, and while none of them are hostile or rude, they don’t seem to make much of a connection until they hit the bong. Shortly after toking up the three start getting into some real nitty gritty back-and-forth about religion, what it is, and why it exists. I won’t spoil the very end — because it’s actually pretty touching — but eventually the invisible walls that separate each man’s version of faith come crumbling down, and it’s a sight to behold.