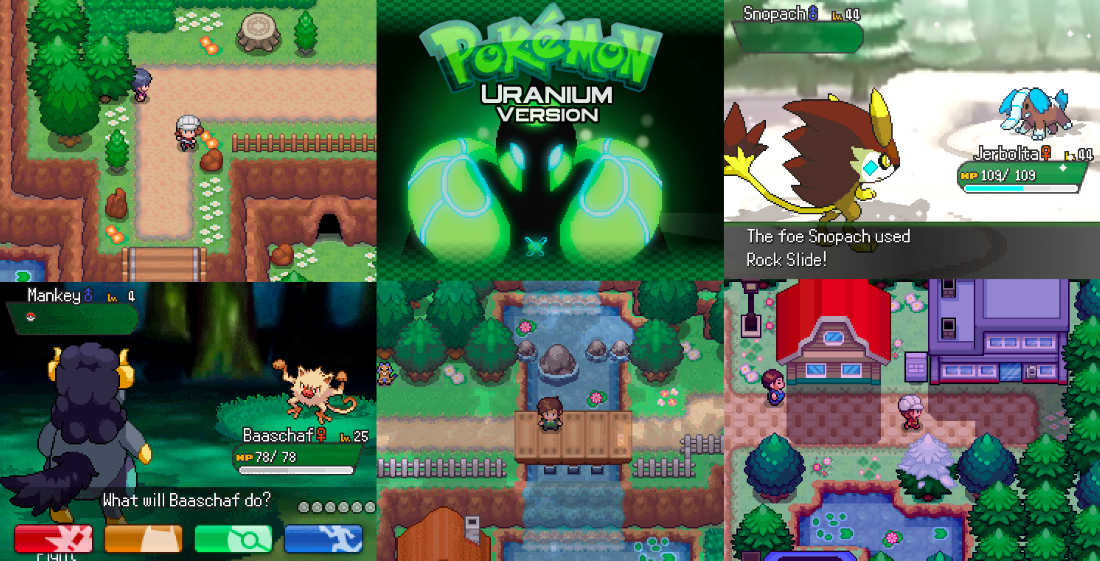 With all the buzz surrounding Pokemon Go, you’ll be forgiven for temporarily forgetting that the mobile phenomenon never would have been possible without the portable games that preceded it. In fact, there are two new entries in the long-running Pokemon franchise scheduled to hit later this year, but on Wednesday afternoon, a slightly less official Pokemon game was unleashed into the wild.

Fans have been building their own Pokemon games for years, but few attempts have been more intriguing to watch than Pokemon Uranium, which introduces a new tropical region, a new Nuclear type of Pokemon and over 150 custom Pokemon dreamed up by the creators themselves:

Along with dozens of never-before-seen Pokemon, the game also features a custom UI and interesting new features, like the ability to talk to your Pokemon.

Considering this is a fan project, the most impressive aspect of Uranium might be that it features online trading and battling, which means that you can swap Pokemon with your friends or see whose party is more powerful.

Pokemon Sun and Pokemon Moon won’t be available until November, but if you don’t have the patience to wait for the next official installment of the Pokemon franchise, you can download Pokemon Uranium free today. Keep in mind, you’ll need an emulator in order to play in on your PC.