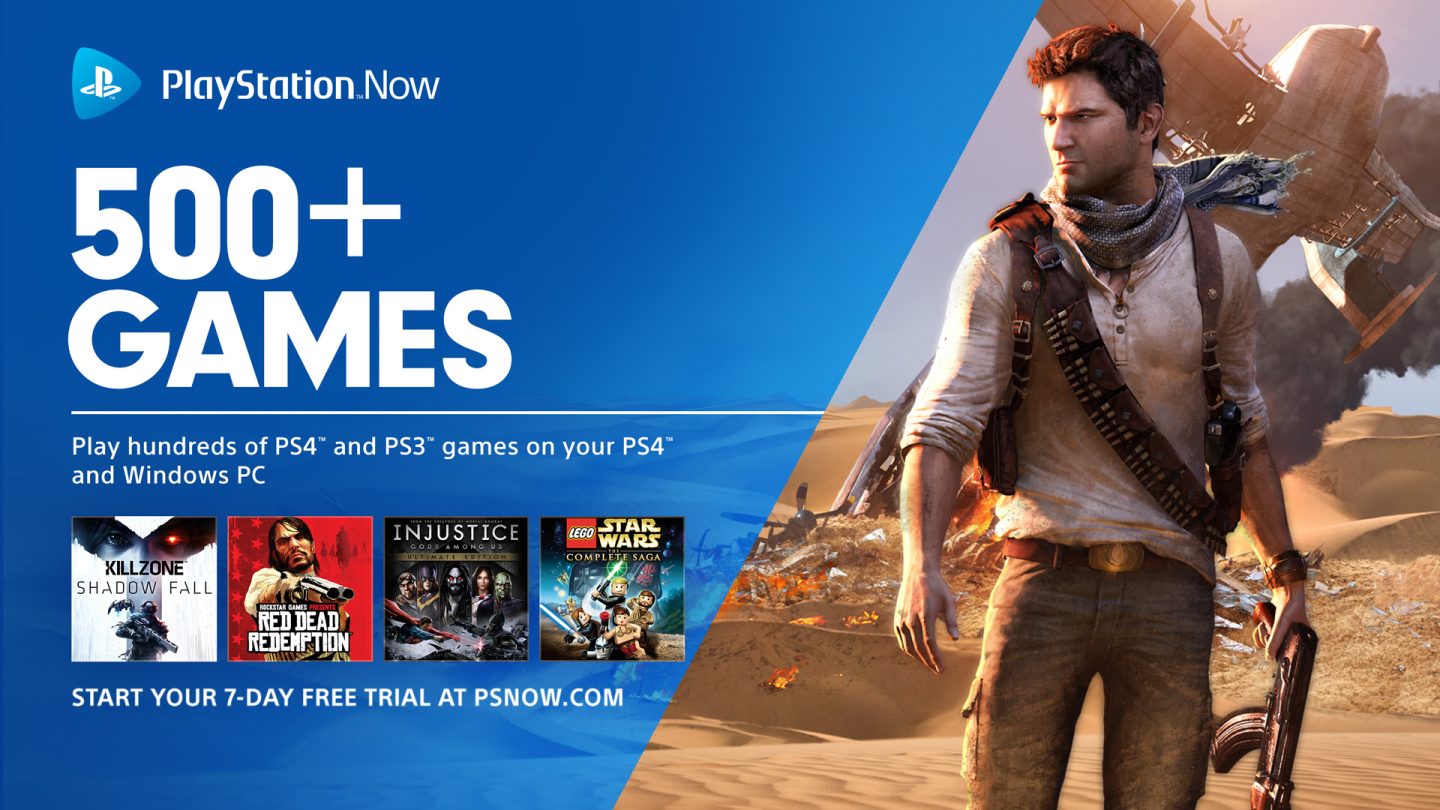 More than two years after launching, the PlayStation Now game subscription service is finally getting PlayStation 4 games. The PlayStation team on Thursday announced that the first batch of PS4 games had arrived on PS Now, bringing the total number of games in the PS Now library over 500. Even better, this means that as long as you have an active subscription, you can now play PS4 games on your PC.

In order to coax gamers into giving the service a try, Sony is bringing back two limited-time offers for PS Now. Although Sony charges $19.99 a month for the service, new subscribers will only be charged $9.99 for their first month. Additionally, the 1-year subscription has returned at $99.99, which is a genuinely massive discount. These offers will be available until September 22nd.

If your interest has been piqued, you should take a look at the PS4 games that joined PS Now today:

That’s twenty PS4 games from a wide variety of genres you can stream to your PS4 or Windows PC any time you like (with a subscription to PS Now). The pricing model is still anything but ideal, but at long last, the value proposition is beginning to make some amount of sense. At the very least, if you’re interested in seeing how the service works, you can always take advantage of the seven-day free trial.