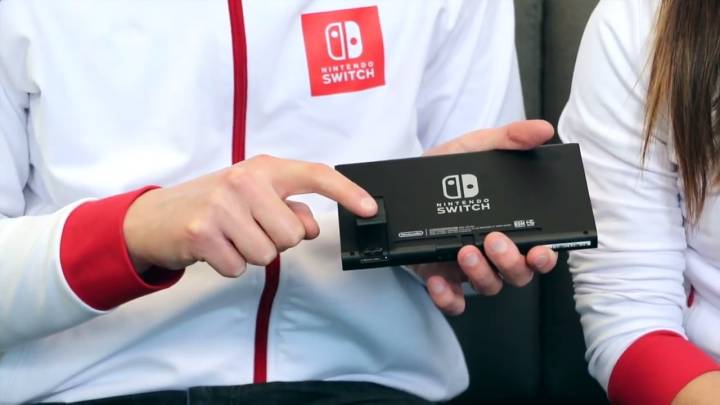 With just over a week remaining until the Nintendo Switch hits store shelves, Nintendo has released an official unboxing video on its YouTube channel. It isn’t the first unboxing video to make its way on to the internet, but it is the best we’ve seen, so if you’re desperate to know what’s inside the box, keep scrolling down.

As Kit and Krysta, the hosts of Nintendo Minute, note, the box that the Nintendo Switch comes in is incredibly compact. Having just received one of my own earlier this week, I can confirm it is noticeably smaller than both the Xbox One box and the PlayStation 4 box. Considering the fact that the entire console is just a small tablet, this shouldn’t come as much of a surprise to anyone who has been following the Switch:

It’s not the deepest of dives, but if you want to vicariously experience what it’s going to be like to unbox a Switch on March 3rd (or if you want to see how the Joy-Con controllers slide into the side of the Switch and into the Joy-Con Grip shell), the video does an admirable job. We’ll have a Switch preview of our own before the end of the week, so be sure to check back soon for more on Nintendo’s new console.