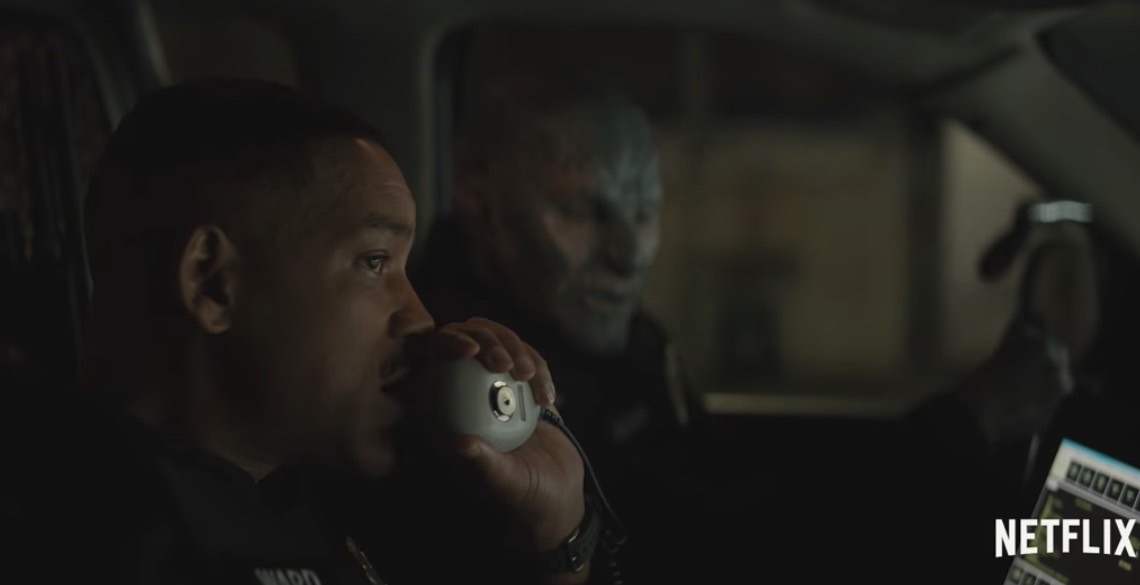 Last week, we only had a handful of new trailers to show you. That’s probably because Comic-Con was right around the corner, or the place movie studios target with new trailer releases for upcoming attractions. So go grab your popcorn, coffee, or whatever else you fancy, as we have no less than 23 new trailers and movie clips to see.

A Wrinkle in Time

A few days ago, released the first trailer for A Wrinkle in Time, a fantasy that’ll remind you of the Narnia world and premise. Chris Pine, Reese Witherspoon, Michael Pena, Oprah, and Zach Galifianakis star in this one, set to premiere on March 9th.

This movie is about surviving the Ice Age from the human perspective. So yes, there’s no Manny and the gang in Alpha, and it’s not even an animation. But the story is set 20,000 years ago. Alpha opens on March 2nd.

Due on December 22nd, Netflix’s biggest motion picture to date stars Will Smith and has David Ayer at the helm. Here’s the first trailer for this fantasy epic:

It’s time for Harrison Ford to pass the Blade Runner baton to someone younger, but that’s only happening because it took so many years for someone to make a sequel. Enjoy the new Blade Runner 2049 trailer knowing that we’re getting closer and closer to its launch — October 6th.

Yeah, there’s Boo sequel, and its full name is Boo2! A Madea Halloween. Nobody will blame you if you don’t see this one in cinemas come October 20th, but you might want to watch the comedy on streaming services once it’s available.

It’s some sort of civil war on the streets of New York in Bushwick, as a Texas military force apparently attacks the city. It’s up to Dave Bautista and Brittany Snow’s characters to team up and survive.

We talked about Ingrid Goes West before, a movie about social stalking. And emoji. Aubrey Plaza will be doing the stalking, in this comedy/drama that hits theaters on August 11th.

Jigsaw has been dead for years. Unless, of course, he wasn’t. In which case, he’s up to no good — and yes, that involves plenty of strange killing scenarios. The horror unleashes on October 27th.

The next installment in the Kingsman universe launches on September 22nd and promises to be one of the spy movies to see this year. Time to check out an acton-packed new trailer. And plenty of high-tech tricks:

Based on the real story of a group of tenacious firefighters who fought a huge blaze in Arizona in June 2013 no matter the cost, Only the Brave hits cinemas on October 20th:

The original Pacific Rim is getting a sequel next year, and we have a brand new clip, showing us what to expect from the next robots-and-monsters movie. The film opens on February 23rd, starring Scott Eastwood and John Boyega.

Natalie Portman and Lily-Rose Depp star Planetarium, a movie about two sisters who can communicate with ghosts. The film launches on August 11th.

The creator of Wonder Woman was a Harvard psychologist who contributed to the invention of the lie detector test. He also lead an unconventional life, and Professor Marston & the Wonder Women will tell that story.

Ready for some John Wick-style action? Proud Mary promises to deliver that come January 12th. Well, at least a part of that. You see, Mary is indeed an assassin, but she meets a young boy who might change her. The trailer, however, mostly shows the action side of the story:

Rebel in the Rye

It’s not just the story of Wonder Woman’s creator that’s getting a movie. As you might have guessed, Rebel in the Rye is the biographical tale of J.D. Salinger, who wrote The Catcher in the Rye.

This isn’t even a full trailer for the film, and it already seems to be hilarious. Then again, trailers do make some movies look a lot better than they really are, especially comedies. The Disaster Artist hits theaters on December 8th, which gives us plenty of time to see more trailers.

The premise of this comedy/action movie is one of the reasons you’ll want to see it. A professional assassin needs the services of a bodyguard. The second reason is the Ryan Reynolds-Samuel L. Jackson duo. August 18th, that’s all you need to know.

Yes, more Lego movies are coming, and The Lego Ninjago Movie happens to be the next one. It premieres on September 22nd.

We have one more fantasy story for you, this time one that’s set in the Cold War America. It’s called The Shape of Water and tells the story of an unusual bond between a creature part of a secret experiment, and some of the humans around it. The Shape of Water arrives on December 8th.

The Snowman is a crime story that also happens to be a pretty horrific. A woman disappears, leaving behind a pink scarf. Michael Fassbender plays the detective tasked with solving the case and find the serial killer. Oh yes, and there are plenty of snowmen. The movie launches on October 20th.

A top CIA operative is summoned to London for a special operation, but it appears to be just a ruse that would allow terrorists to hit the capital. Noomi Rapace, Orlando Bloom, Toni Collette, Michael Douglas, John Malkovich star in Unlocked — see it in cinemas on September 1st.

Wind River is also a crime story that has plenty of snow in it. However, this one is about a single murder that occurred on a Native American reservation. Elizabeth Olsen plays the FBI agent, while Jeremy Renner plays the skilled tracker.

A boy in the Midwest and a girl in New York are both looking for the same mysterious connection. Only they’re living 50 years apart. Wonderstruck launches on October 20th, check out the first teaser for this mystery movie below: