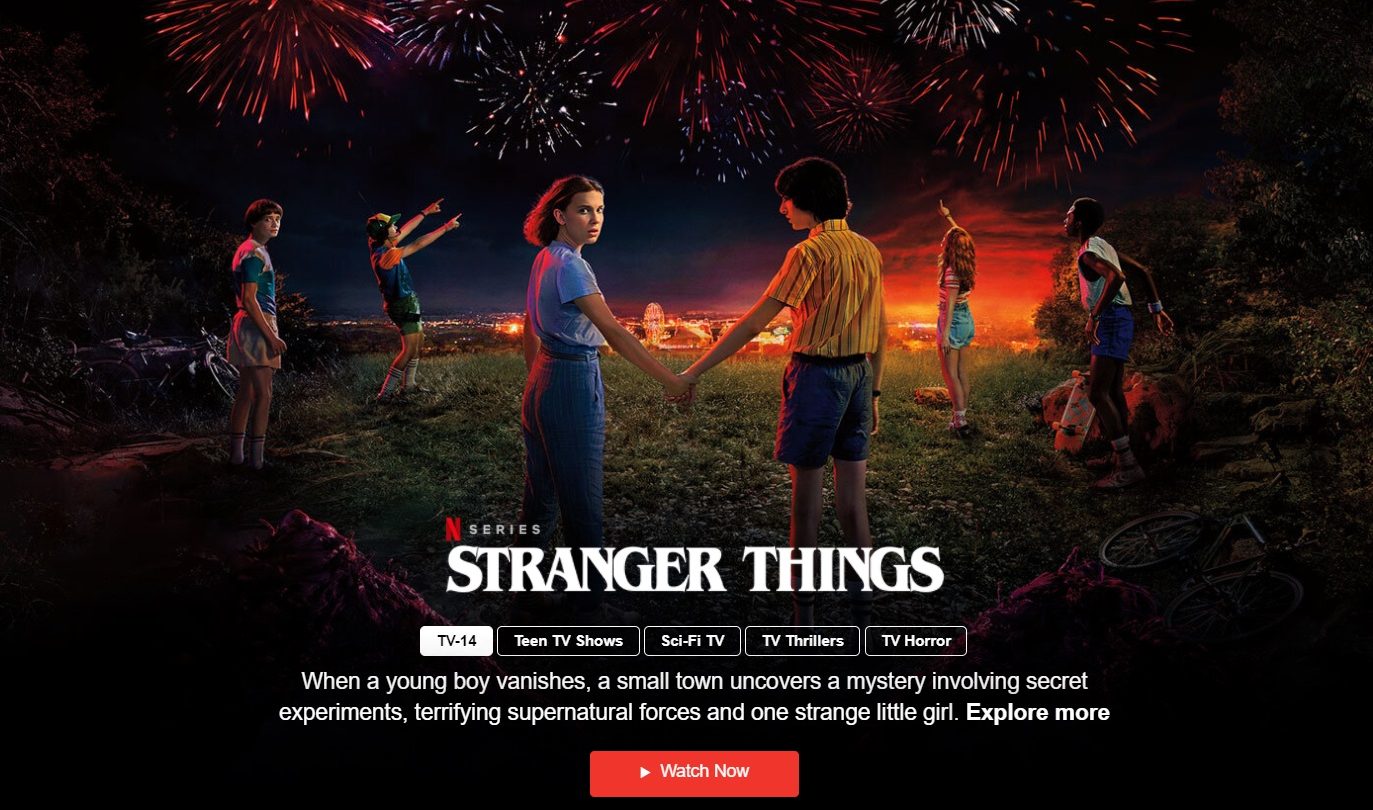 Netflix may be the biggest streaming service on the planet, but not everyone has a subscription. Netflix does offer a free month-long trial for those who want to give it a test run before deciding whether or not to subscribe, but in recent months, the service has also begun to stream a few of its original shows and movies online without asking customers to sign up first. Now that list of content has grown and is being tested all around the world.

First spotted by OnlyTech, Netflix has put up a new page that currently features 10 movies and TV episodes, including Stranger Things, Bird Box, Murder Mystery, Love is Blind, and The Two Popes. The freebies are available in over 200 countries and territories, and can be watched at any time without any strings attached.

As Netflix explains in its Help Center, watching these free movies and episodes doesn’t require you to make a Netflix account, and they can only be viewed on a computer or an Android device. iPhone users are out of luck. Only the first episode of the shows being offered are available, and once they end, you’ll get a prompt to join the service in order to watch more. There are also shorts ads at the beginning of the free content, but you can skip them.

“We’re looking at different marketing promotions to attract new members and give them a great Netflix experience,” a Netflix spokesperson told TechCrunch in a statement when asked about the free content.

As TechCrunch notes, this isn’t the first time that Netflix has given away original content to non-subscribers. Earlier this year, the original movie To All the Boys I’ve Loved Before was available to watch without an account for a limited time around Valentine’s Day. Bard of Blood, an original series made in India, was also given away in that country. And before it was canceled, episodes of Patriot Act with Hasan Minaj were being uploaded to YouTube.

There was no announcement or press release to accompany the introduction of the “Watch Free” page, so it’s hard to say whether or not this feature will stick around or if new content will be added in the future. Regardless, if you want to watch a few free movies or see why everyone couldn’t stop talking about Love is Blind earlier this year, you can head to the new page on Netflix’s website right now and start watching for free.