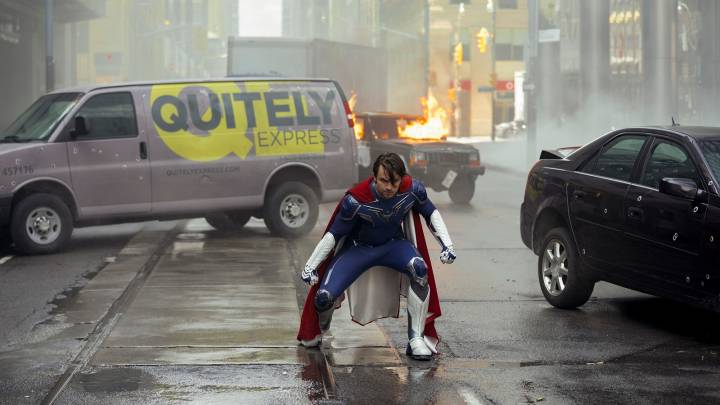 In early April, we talked about how the upcoming comic book series Jupiter’s Legacy could be the start of Netflix’s own superhero cinematic universe. The first season of the show debuted May 7th, and less than a month later, Netflix is pulling the plug.

Jupiter’s Legacy is based on a comic book series by Mark Millar, who is also responsible for Kick-Ass, Wanted, and Kingsman: The Secret Service. Netflix acquired the writer’s Millarworld imprint way back in 2017, with plans to turn its many publications into shows and movies for the streaming service, but its first big bet on a Millarworld property doesn’t appear to have paid off.

In a note on Twitter, Millar confirmed that Netflix would be focusing on other projects going forward, but seemed to hint that Jupiter’s Legacy could be revived in the future:

Some big news from us on what's coming up next in live-action from Millarworld, peeps! pic.twitter.com/usEuwVNHei

Supercrooks, which Millar mentions above, was a spinoff comic set in the same fictional universe as Jupiter’s Legacy. Unlike Jupiter’s Legacy, Netflix’s first adaptation of Supercrooks will be an anime produced by the studio Bones, best known for making My Hero Academia and Mob Psycho 100. There will also be a live-action series, but it’s still in the early stages of development.

Here’s the synopsis for the four-issue Supercrooks trade paperback that Netflix will be adapting:

One last heist. That’s what they all say, right? Just one final score, and everyone can retire and take up fishing. Thing is, the jails are filled with super villains who thought the same thing, and got busted. But the Heat’s in a jam. He’s run up the kind of gambling debt that – if he can’t pay it back in cash – will be paid in blood. Nobody wants to see the most beloved supercrook of all time rubbed out by the mob – especially his biggest fan, Johnny Bolt. And Johnny’s got a plan to help the Heat and make all his buddies disgustingly rich at the same time. Unfortunately for Johnny’s recruits, they have to head to Spain and rob the world’s most notorious super villain blind. And that’s where things get tricky.

Netflix certainly isn’t shy about canceling new shows nowadays, but having spent tens of millions of dollars on the rights to Millar’s empire, it’s surprising to see the company give up on a show that cost $200 million to produce this quickly. Fans will also note that the first season ended on a cliffhanger, so it’s clear that someone involved in the project expected to story to continue.

Netflix has had plenty of success in the genre with shows like Stranger Things, The Umbrella Academy, and The Witcher, but it has yet to find a major superhero franchise to challenge the likes of the Marvel Cinematic Universe or even The Boys on Amazon Prime Video. That said, it’s clear that Millar and Netflix plan to keep plugging away with other comic book adaptations to see what sticks.