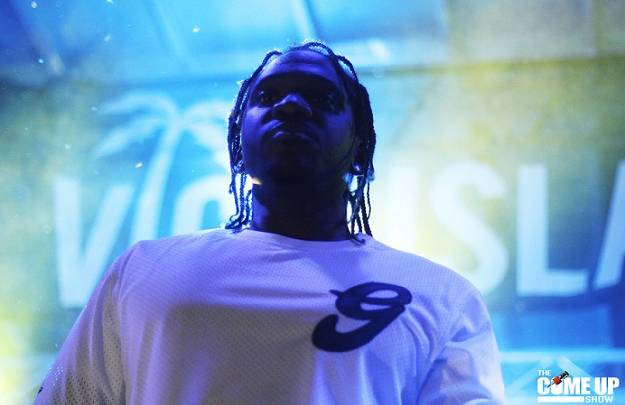 Every year, corporations around the globe spend untold billions on advertising. And while consumers have learned to ignore most advertising campaigns, there are a few that not only stand the test of time, but also manage to leave an indelible imprint upon our psyche.

One of the most well-known and widely recognizable ad campaigns of the last decade is McDonald’s “I’m Loving It” slogan. Initially launched in 2003 with Justin Timberlake providing the vocals, the jingle associated with the slogan is easy to mimic, identify, and more importantly, impossible to forget.

Now, about 13 years after the jingle began getting stuck in our collective minds, we’ve finally discovered the identity of the diabolical musical mastermind who created the incredibly catchy tune.

During an appearance on Hot 97 this week, music mogul Steven Stoute revealed for the first time that rapper Pusha T wrote the melody.

“You know who wrote that?” Stoute asked rhetorically. “Pusha T. That’s crazy that Pusha T wrote the song for McDonald’s.”

McDonald’s rolled out the “I’m Lovin’ It” jingle in 2003 and paid Justin Timberlake $6 million to sing it, the New York Times reported. During an interview with Hot 97’s Ebro Darden, Steve Stoute, the CEO of the marketing firm Translation, which created the campaign, divulged that Pusha T was the composer to the addictive jingle.

The full interview can be viewed below.