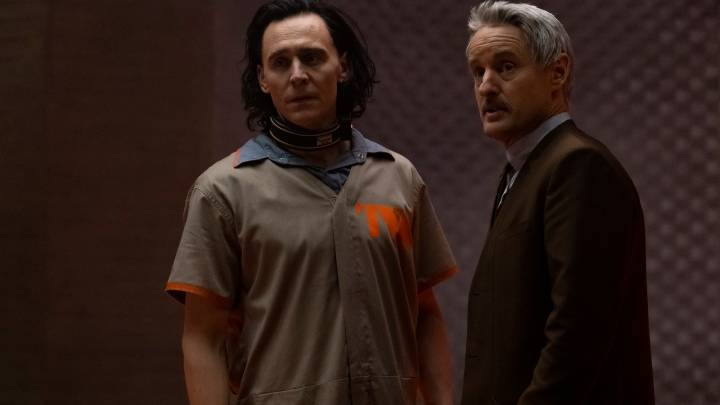 It has been several weeks since The Falcon and the Winter Soldier wrapped up, delivering the story we knew we were going to get. We learned how Falcon (Anthony Mackie) becomes the new Captain America and how Bucky (Sebastian Stan) starts being an Avenger in earnest. After a well-deserved break from Marvel Cinematic Universe stories, we’re about to get pulled back to the MCU — and this time around, we have no idea what’s in store.

‘Loki’ will tell a much different story about Loki (Tom Hiddleston), the villain-turned-superhero-turned-villain we’ve grown to love in over a decade of MCU films. Why is he a villain again? That’s because the Loki we actually fell in love with died in Infinity War, and all that character arc was lost. Or better said, it was all a reset. Marvel replaced the original Loki with a version of the God of Mischief who we last saw at the end of The Avengers in 2012. It’s that Loki who got ahold of the Tesseract in Avengers: Endgame and ran away, disrupting the natural flow of things in the process.

We do know from the trailers that Loki is absolutely the Marvel story we need to watch before we really dive into the multiverse with Spider-Man 3: No Way Home and Doctor Strange in the Multiverse of Madness. And thanks to a new interview with head writer Michael Waldron, we know that Loki will “fix” one of the most controversial things about Endgame. We should warn you before we go any further that some spoilers might follow below.

Michael Waldron spoke at length with Vanity Fair about his career, how it all started, and where it’s heading. The focus was on Marvel, and specifically on Loki. He also spoke to a lesser extent about Doctor Strange in the Multiverse of Madness, which he also wrote.

The Loki trailers made no secret that Loki will be swiftly arrested by the Time Variance Authority (TVA), the organization that manages the flow of time and the various realities in the MCU. We learned from an interview with Hiddleston that the TVA “is an organization that orders and polices the passage of time. They have predetermined what happens in the past, the present, and the future – in a straight line.” That quote alone has enormous implications for the entire MCU, as it might make us see the Infinity Saga in a brand new light.

Speaking to Vanity Fair about Loki, Waldron said that when he met with Marvel for the TV series, the executive had already decided that the show will be set in the world of the TVA. “That was the sandbox that we had to play in,” Waldron said. “I came up with the emotional engine of the whole thing.”

That means Waldron had to deal with explaining time travel, which is something we’ll see plenty of in Loki — again, the trailers make it clear that Loki will travel through time. And that happens to be the most controversial thing about Endgame.

Ask anyone after they first watched Endgame and they’ll have questions about how time travel works in the MCU. That’s because Marvel’s time travel doesn’t respect Hollywood’s standard rules of time travel. One can’t alter the past in the MCU, which is what happens in films like Back to the Future. If the past is changed in a meaningful manner, a new branch of reality is created — for example, Steve Rogers (Chris Evans) retired in one of these new branches of reality. That itself is a detail that’s part of the Endgame time travel controversies.

Waldron confirmed to Vanity Fair that Loki will help fix that.

“I can show you what was all over our writers room,” the writer told Vanity Fair as he sketched out a branching timeline. “We had to create an insane institutional knowledge of how time travel would work within the TVA, so the audience never has to think about it again. It was a lot of drawings of squiggly timelines.”

Waldron dropped a gem in the same interview, pointing out the fact that Endgame’s explanation of time travel “is the way the Avengers understand it.” Put differently, the audience understands time travel just like the Avengers right now. Loki should improve our understanding of time travel in the MCU, and it appears as though we’re going to learn things that the Avengers aren’t even aware of yet.

Waldron went on to explain that they made sure the MCU’s rules of time travel would withstand scrutiny.

“I was always very acutely aware of the fact that there’s a week between each of our episodes, and these fans are going to do exactly what I would do, which is pick this apart,” the writer said. “We wanted to create a time-travel logic that was so airtight it could sustain over six hours. There’s some time-travel sci-fi concepts here that I’m eager for my Rick and Morty colleagues to see.”

Loki premieres on Disney+ this coming Wednesday, June 9th. Until then, you should check out Vanity Fair’s entire interview with Waldron, a rising star whose Marvel and Star Wars stories will entertain us in the years to come.