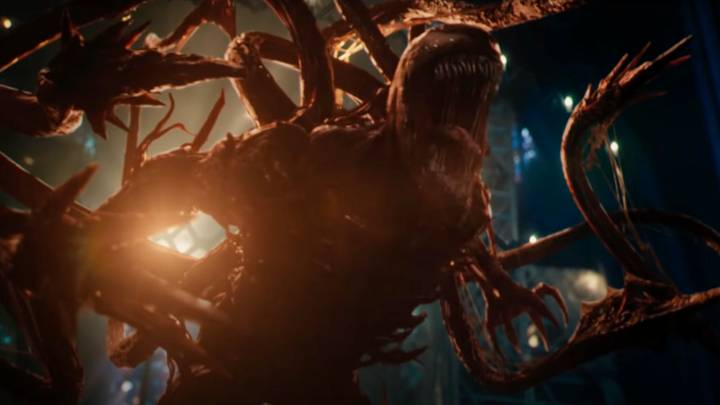 Sony released the first trailer for Venom: Let There Be Carnage, showing that we can indeed expect plenty of carnage from this sequel. And there’s going to be plenty of Venom humor from the looks of it, with Eddie Brock (Tom Hardy) fully embracing his darker side. It’s not like he has a choice, after all. The trailer also included a few great Easter eggs that might prompt MCU fans to wonder whether Venom happens in the same universe as the Avengers and Spider-Man movies. The good news is that we already have an answer to that question: Venom 2 isn’t part of the MCU. That said, the film has plenty of Spider-Man teasers that make the MCU question quite understandable. That’s because Sony is building its own cinematic universe centered around Spider-Man stories.

In the summer of 2019, after the Infinity Saga was concluded, we learned that Disney and Sony were not on good terms when it came to Spidey’s future. Sony wanted to create its own Marvel universe built around Spider-Man, and yank Tom Holland’s Peter Parker out of the MCU. The two parties eventually reconciled and the relationship has improved significantly. We’ve now reached a point where Spider-Man 3 is one of the most anticipated films of the year, something that could hardly be said about the previous episodes.

But Sony hasn’t given up on its dreams of building its own universe of characters, the horribly-named “SPUMC.” This universe will contain stories centered around Spider-Man characters, whether they’re Spider-Man films unconnected to the MCU or other stories like Venom and Morbius. None of them will have official ties to the MCU, but Sony will try to milk that Avengers connection nonetheless.

Spider-Man 3 will provide a simple explanation of how the MCU and SPUMC can coexist. According to all the evidence we have on hand so far, No Way Home is a multiverse film that will connect Sony’s Spider-Men before Holland with Holland’s Peter Parker. The MCU follows the main timeline of that universe, which is Holland’s timeline. The SPUMC might follow a different reality, and bringing Holland into it might be easier said than done.

What we do know so far is that Venom isn’t part of the MCU. Let There Be Carnage director Andy Serkis made that clear in an interview with IGN. He went as far as to say that Brock and Venom are unaware of other characters like Spider-Man.

Obviously, there are links between Venom and Spider-Man and the Marvel Universe and the Spider-Man story. We’re treating this very much as it’s his own world. The Venom story is his own world. There are nods and little moments, of course, but on the whole he’s unaware. They are unaware, at this point, of other characters like Spider-Man. So, that’s the way we’ve chosen to play this particular episode of the movie, but, well, we’ll wait and see. We’ll see what little things you can pick out of it.

The first trailer already features those nods and little moments. Like a detective (Stephen Graham) reading a printed edition of The Daily Bugle, or Brock reading the online version of the same famous paper. That’s J. Jonah Jameson’s news operation, where Peter Parker works in the comics, and Venom uses the tie-in to imply this is all happening in a Spider-Man universe.

Sony doesn’t need Venom to be in the MCU as long as it can find a way to bring Tom Holland into its SPUMC and turn films like Venom and Morbius into blockbuster hits. Sony doesn’t even need Tom Holland in Venom; it only needs to hint at a connection to the superhero. The same detective reading the paper gives us another interesting Easter egg that you can see in the image below. An incomplete headline on the paper’s page seems to include the words “Avengers” and “Nightmare” in it, which is a clear nod to the MCU.

This “coolness-by-association” might help Sony sell more tickets, especially in a world that’s only beginning to return to normal.

We’ve already witnessed something similar in the Morbius trailer, where Sony included little nods to No Way Home and the MCU as a whole. Morbius (Jared Leto) is seen in the trailer walking next to Spider-Man artwork on a wall with the word “murderer” written over it. On top of that, Michael Keaton’s Vulture from Homecoming cameos in the same trailer.

Again, all of this proves that Sony needs these early SPUMC films to be successful so that it can build even bigger Spider-Man stories. The only way to do that is to imply a connection with the MCU when marketing the films, no matter how small that connection might be. Teasing the Avengers is a great trick, as the Venom universe would surely have its own superheroes, even though Sony wouldn’t be able to actually use any Avengers since it doesn’t hold the rights for those characters.

Having Tom Holland in any of these movies would be even better, but we have no way of knowing if that’s happening. The multiverse explanation above would allow Sony and Marvel to share Tom Holland’s Spidey for some time to come. Tobey Maguire and Andrew Garfield might be coming back to their Spider-Man roles, but there’s no question that the Peter Parker fans want to see most is Holland. And that’s the Peter Parker who Sony probably wants for the SPUMC as well.

That said, there are plenty of Spider-Man stories left to tell in the future and plenty of Spider-Man versions to choose from. Let There Be Carnage launches on September 24th, while No Way Home hits theaters on December 17th. Here’s the trailer for Venom 2 again, where you can spot all those Daily Bugle surprises.