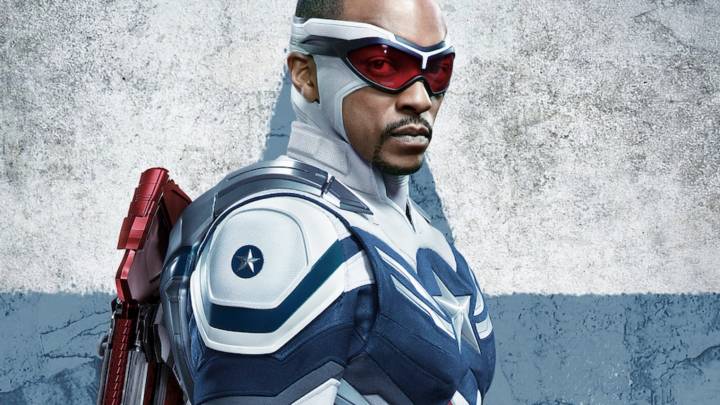 Sam Wilson is Captain America — that much is clear after the Falcon and the Winter Soldier finale. The heroes know it, the villains know it, and the government knows it. Anthony Mackie is now Captain America in the real world as well. As much as we love Chris Evans’s Steve Rogers, there’s no going back now.

I’ve already said that Falcon is mandatory watching to understand the complexities of Sam accepting the shield. Marvel has no choice but to show us what happens next, and Captain America 4 is in the works. Falcon showrunner and head-writer Malcolm Spellman will co-write the film, and Mackie will likely still be Captain America. The actor did not confirm his involvement in the movie in recent interviews, but he practically told us that he’s getting ready for another significant Marvel role for a film that might start shooting in the next three months.

Mackie was Trevor Noah’s guest on The Daily Show a week ago, where he talked about becoming the first Black Captain America and what The Falcon and the Winter Soldier means to him, the MCU, and the world. During the interview, Noah asked him about the training that MCU leads go through before shooting.

“I mean, look at your arms right now,” he continued. “Your arms look like you’re holding the ground down instead of the ground holding you up. That’s what you look like.”

That’s when Mackie explained that he learned a lot about himself during the quarantine and that he ignored training routines to the point where he “was like ‘Yo, I’m starting to look like Fat Thor,’” and that he realized he had to get back in shape. Mackie then dropped a piece of news that Marvel fans wouldn’t miss. He said that “it takes… you take the four months. Like, right now I’m in, like, the end of the first month of the four-month process to get back away from… Fat Mackie to a Movie Mackie.”

If Mackie is three months away from Movie Mackie, then Movie Mackie might shoot a Marvel movie at some point this summer. Movie Mackie isn’t necessarily Marvel Mackie. The actor plays all sorts of roles. But not all of them require “holding the ground down instead of the ground holding” him up.

The entire discussion was centered around the fitness preparation required for Marvel movies. The fact that Mackie is already one month into the training process suggests that his role will be significant. It’s one thing to have a cameo in the MCU and quite another to be one of the protagonists. You wouldn’t need as much training for a brief cameo.

With that in mind, we have no idea which Marvel movie might start shooting three months from now. Whatever it is, it should launch in 2022 or early 2023 — here’s what Marvel’s MCU schedule looks like:

We expect Fantastic Four to launch in July 2023 and Deadpool 3 in November 2023, given what recent leaks have said. But we still don’t have a title for that October 7th, 2022 release date.

Could Marvel release Captain America 4 at some point in the near future? Is it a different crossover that would require Mackie to complete an entire fitness course to get into shape? Is it the Black Panther sequel? Is it a new TV show? We have no way of knowing. Mackie might have given us the exciting tidbit, but it’s unlikely we’ll get anything else out of Marvel until the studio is ready to make announcements about future projects.