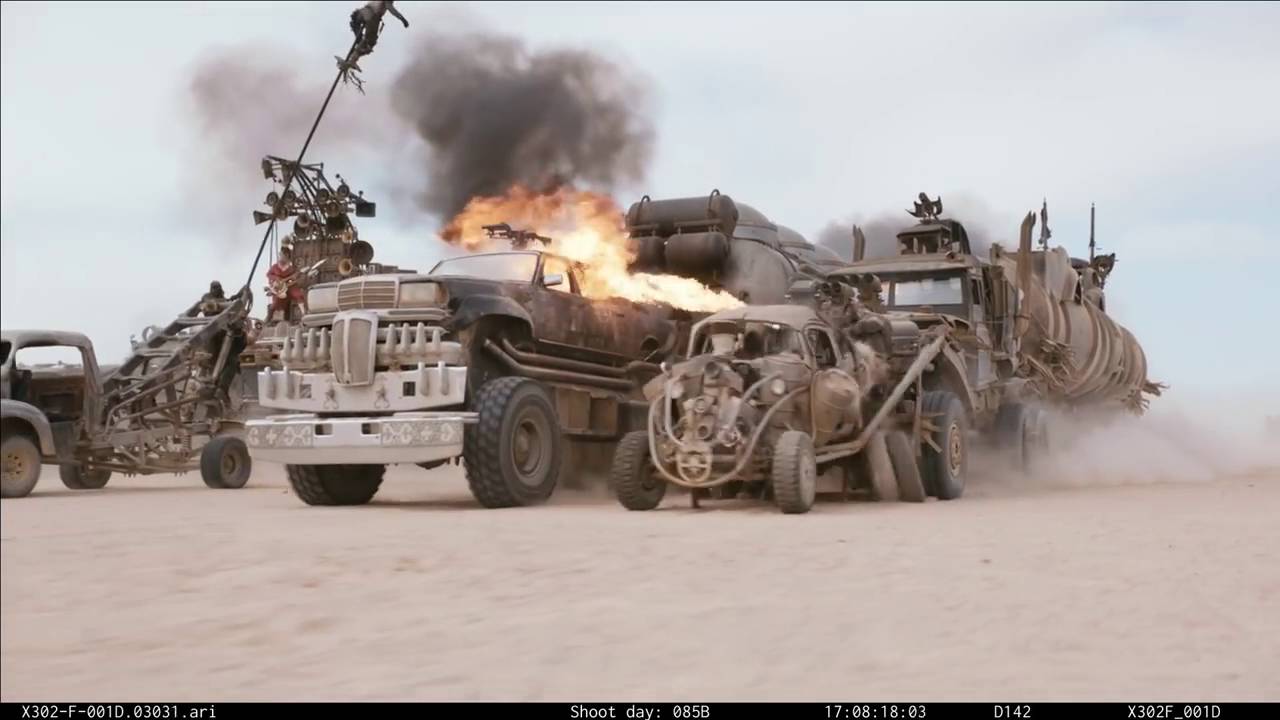 This probably won’t surprise anyone, but over a year later, no action movie has come close to offering an experience quite as thrilling and explosive as 2015’s Mad Max: Fury Road. With little plot or character development to speak of, Fury Road managed to capture the imagination of millions of moviegoers, walking away with more awards than any other movie at the 2016 Oscars.

But beyond the brilliant, understated performances from Tom Hardy and Charlize Theron, Fury Road wouldn’t have received nearly as much attention were it not for the unbelievable practical stunts that formed the movie’s backbone.

Last week, YouTube channel ESPORTS TV published a video showcasing four minutes of raw footage from Fury Road, showing off what the movie looked like before any special effects were layered on top. If you’ve seen any behind-the-scenes photos or features, you probably already know how amazing this is going to be:

We’ve seen footage from the set of Mad Max: Fury Road before, but having it all strung together like this really highlights just how unique the production of this movie was. Without even a trace of computer-generated imagery, George Miller put together one of the most spectacular movies of the decade, if not all time.

Now, when exactly are we getting the follow-up to Fury Road?