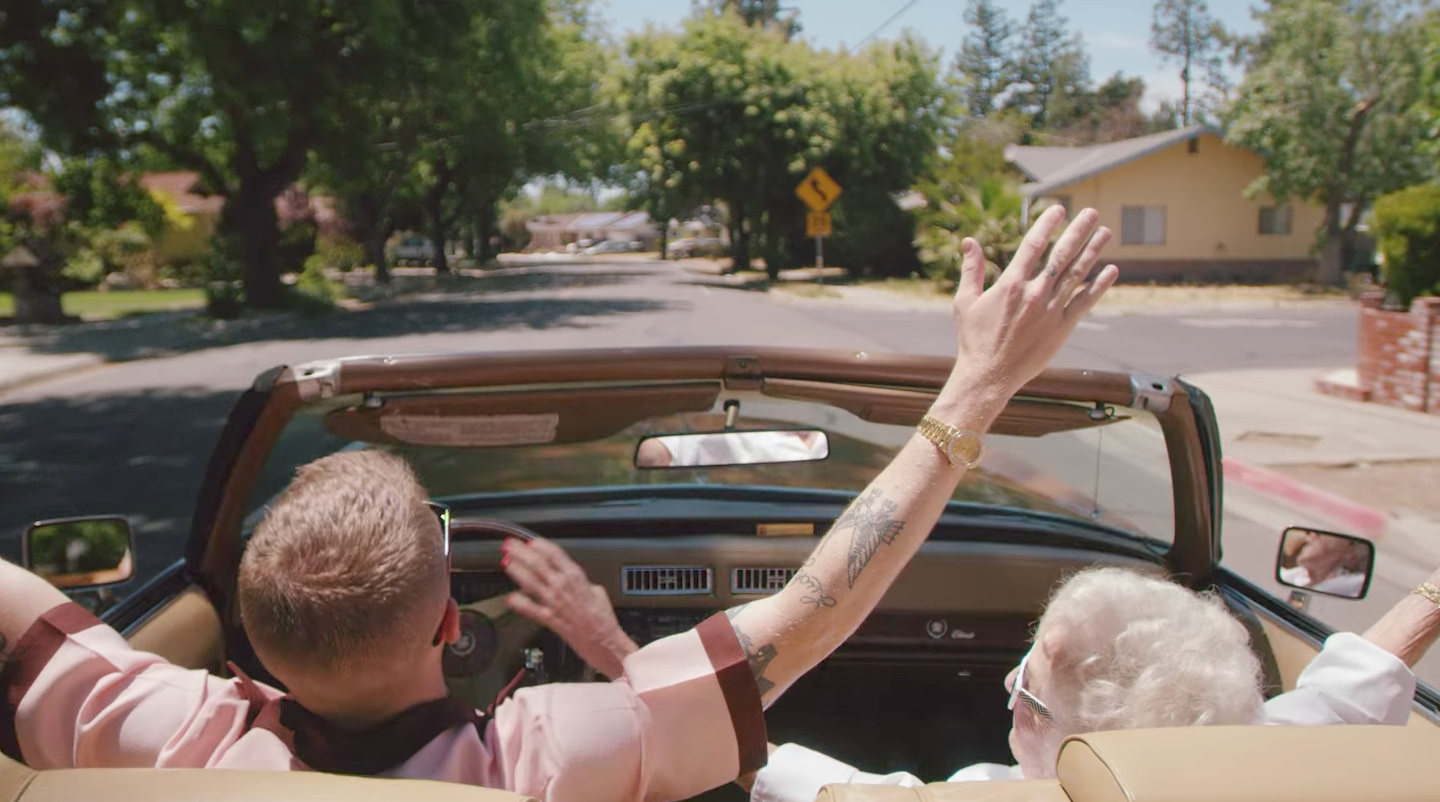 Celebrity culture in America turns people like Mackelmore into idols, but rarely pays any attention to the loving and supportive families that surround them. In a new music video for his new single Glorious, Macklemore — whose real name is Benjamin Haggerty — celebrates his grandmother Helen in the best way anyone could: by taking her out for a full day where anything she wants, she gets. It’s amazing.

Macklemore surprises his elder with a visit on her 100th birthday (which is a remarkable achievement all on its own), and it’s clear from her genuine reaction that she was truly not expecting the multi-platinum artist to show up at her doorstep in California. He tells her that he wants to take her out to do whatever she wants, and the two set out to do just that.

The day starts with a ride in a classic Cadillac, and (for some reason) egging someone’s house before heading to a shoe store. Apparently the selection didn’t satisfy Helen, so Macklemore makes a call and dishes out a wad of cash for a pair of brand new white Yeezy Boost 350s. The two hit up a karaoke bar, play some parlor games, and — because this is Mackelmore we’re talking about — pay a visit to a thrift store before heading back to Helen’s house where her friends are waiting to throw her a surprise party. Oh, and there’s a male stripper dressed like a fire man, because of course.

It’s a really touching video and (IMO of course) a solid song, too. It’s definitely worth a watch.