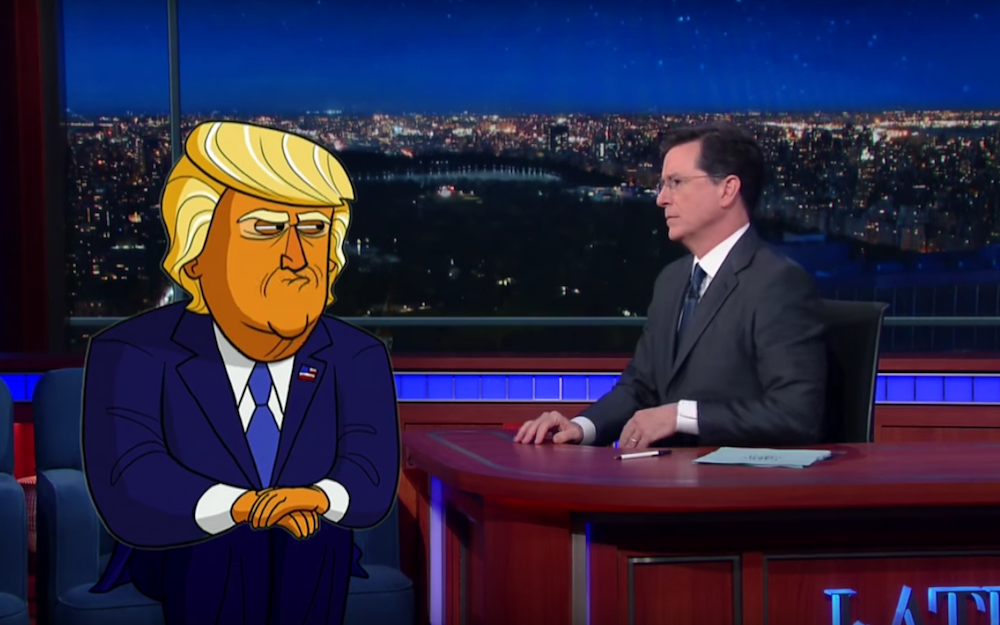 A star was born last week when an animated version of Donald Trump debuted on The Late Show with Stephen Colbert. Although the concept doesn’t need much explanation, but here’s an abridged one: Trump’s comments have become so outlandish that he’s turned into a “cartoonish version of himself,” according to Colbert. So they turned him into a cartoon character.

The segment received a massive response from viewers, which explains why Cartoon Trump returned on Monday night to explain how numbers work:

I don’t know any of the specifics behind this gag, such as the technical setup or even the voice actor who is doing an amazing job of impersonating Donald Trump, but The Late Show is clearly on to something here. Just in time, too, as the Hungry For Power Games bits have become increasingly infrequent.

Colbert’s CBS show hasn’t exactly been a string of highlights in its first few months, but the staff (and the host) clearly have a penchant for political humor. We can only hope the presidential race stays this entertaining.