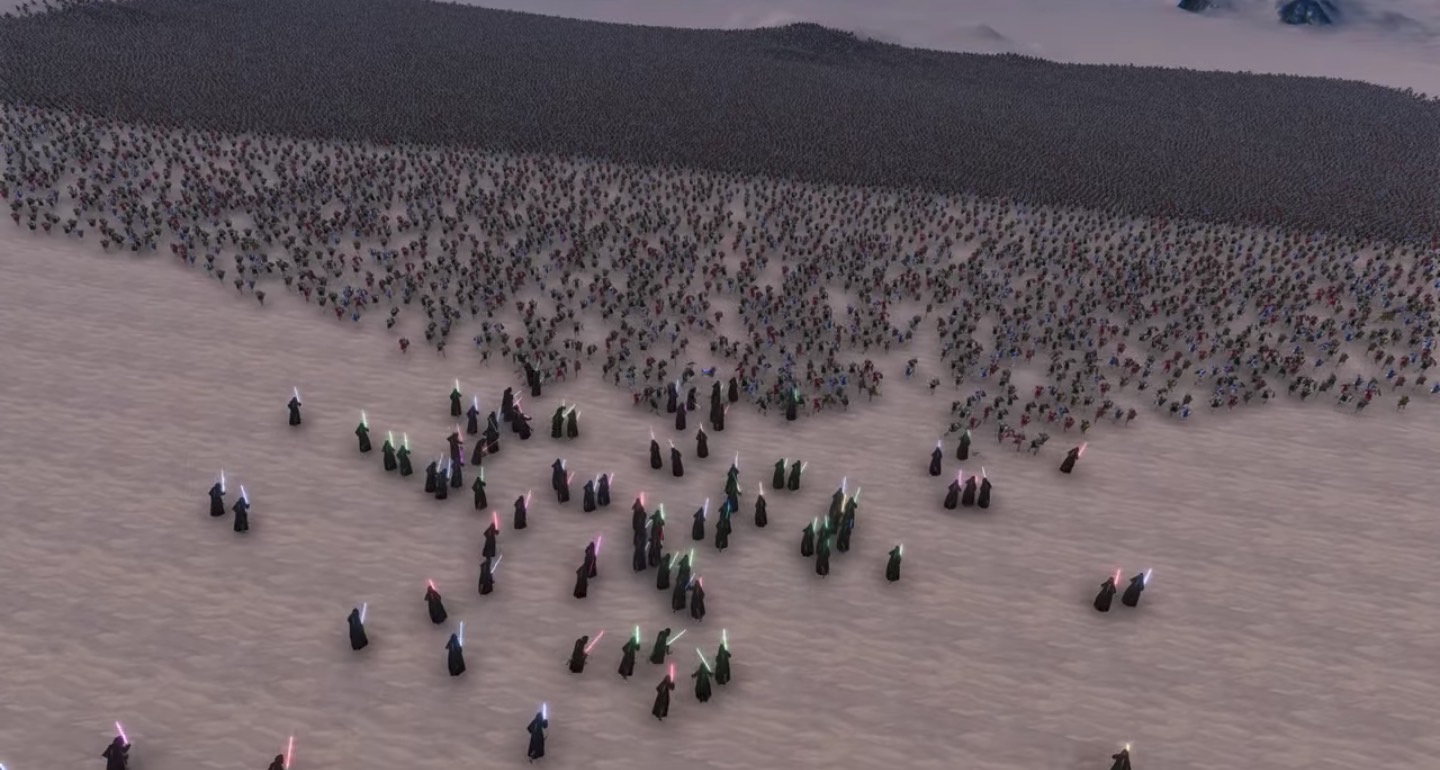 I know what you’re thinking: how many medieval soldier with regular swords and shields can a group of 300 highly organized Jedi knights packing lightsabers defeat? The answer is 60,000, and there’s a video for that.

This might not be one of Disney’s next Star Wars stories, the one where 300 Jedi knights decide that it’s perfectly okay to slaughter 60,000 regular soldiers from the middle ages. It’s just a concept animation that factors in the might of the Jedi Knight and the strength of a regular sword-wielding human. Other elements like fatigue or morale do not seem to count here, and the soldiers are unable to change their attack strategy to try to gain the upper hand on the Jedi. Is that the Force in action? If so, wouldn’t it be easier to just force all of them to lay down their weapons and surrender?

It turns out that only about 100 Jedi dies during the fight. That’s because Jedi aren’t immortal. Unfortunately, the huge army consisting of 60,000 footmen is completely destroyed. The Lord commanding it should probably bring archers and heavy cavalry next time around.

In all seriousness, this clip is just an animation created with the Ultimate Epic Battle Simulator and posted on YouTube channel SergiuHellDragoonHQ. The clip is almost 30 minutes long, as it takes a while for the Jedi to dispatch of the entire army. The clip starts with a much simpler confrontation, showing the fight between one Jedi and 50 soldiers before the numbers are increased on both sides. Yes, the lightsaber owner kills everyone else.