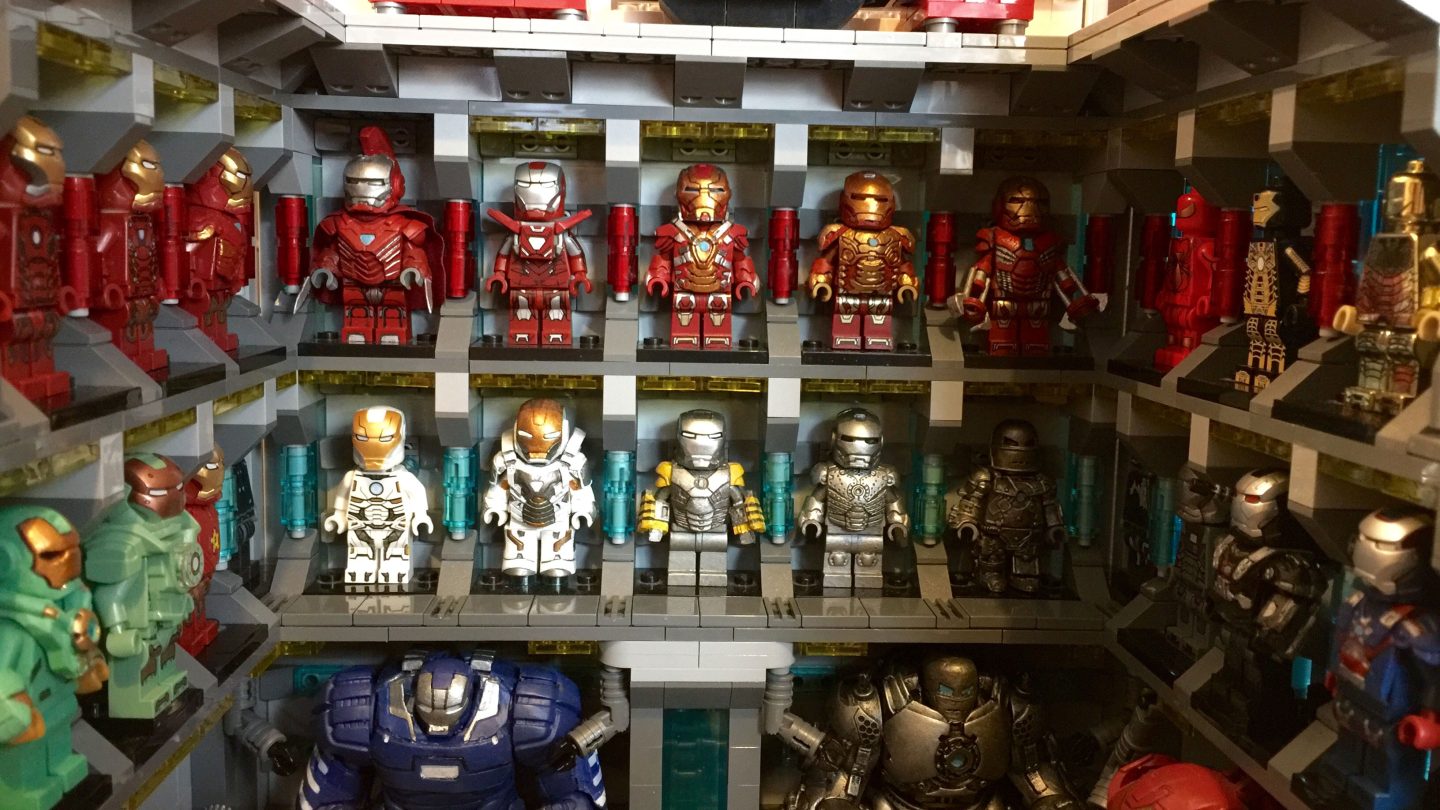 We’ve all probably spent an afternoon recreating superhero fantasies with plastic bricks. But for Lego customizer Minh Pham, building every single iteration of the Iron Man suits — and a basement armory to house them — is just another day at the, uh, office.

By my count, there are 26 different Iron Man suits included in the collection. That’s a little less than the 50+ versions that have cropped up in the comics over the years, but it’s still detailed enough to see the progression from the silver, rough-around-the-edges Mk1 to the Hulkbusters and the red-and-gold armor that stars in the Marvel movies. The basement lab also looks like something straight out of the movies — forget the plastic bricks for a second, and it’s easy to imagine Robert Downey Jr surrounded by all of his creations.

The Iron Man lab is just the latest in a series of custom Lego sets from Pham, including Fallout Power Armor from last year, and a great series of Mad Max figurines. By definition, making Lego customizations means abusing Lego sets in ways never envisaged by the creators, using parts to make a different kind of creation than originally envisaged.

Luckily, there is a way for Pham’s creations to become reality for the rest of us. Lego Ideas is a fan-powered site where anyone can submit ideas for a Lego set. If your idea gets enough likes from the community (currently 10,000), the Lego staff will review it. If it clears all the necessary practical and licensing hurdles (and I’m sure Marvel would have something to say about Iron Man sets), it might one day become something the rest of us can go buy.