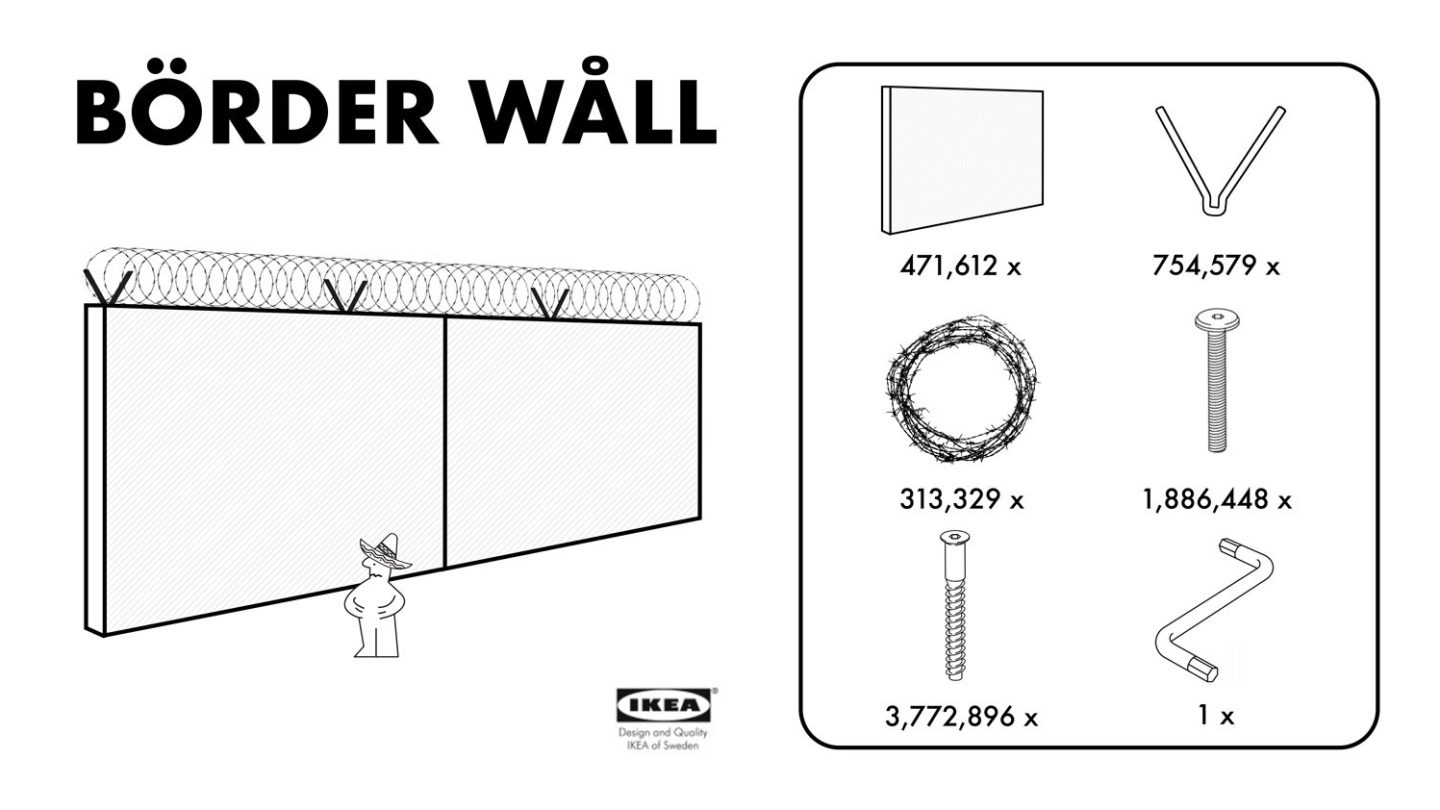 Donald Trump is extremely determined to build a wall along the US border with Mexico, and he wants to force Mexico to pay for it. It’s unclear how these things will happen, but Trump insists the wall will be built. We already wrote about how monumental such an endeavor would be, how much it would cost, and how long it would take to build. But what if Ikea was to manufacture the wall, complete with the furniture maker’s signature instructions for assembly?

Yes, this is a yet another joke at the Trump administration’s expense, but it’s a hilarious one — at least, it’s hilarious if you’ve ever had to assemble any piece of Ikea furniture.

The Börder Wåll, imagined by The Postillion, is priced at $9,999,999,999.99 “significantly cheaper” than a conventional wall that would cost between $15 billion to $25 billion to make.

“The simple, Scandinavian designed border wall (with a 5-year guarantee) is primarily made of pressboard with a birch effect and can be assembled with the help of a hex key,” The Postillion explains. “A 12,000-page instruction manual with easy-to-understand pictures makes construction child’s play – as long as there is not a single screw missing.”

The basic model is 33 feet tall and 1,954 miles long, but height and length can be extended. The manual explains that it requires at least two people to assemble it, including one person to “hold the wall while the second screws it together.”

The Ikea Börder Wåll can be picked up in a van, in neatly assembled packages that contain a few million pieces. However, the package only includes a single hex key needed to construct it, so the Trump administration — or the Mexican government — should definitely buy a few spares.