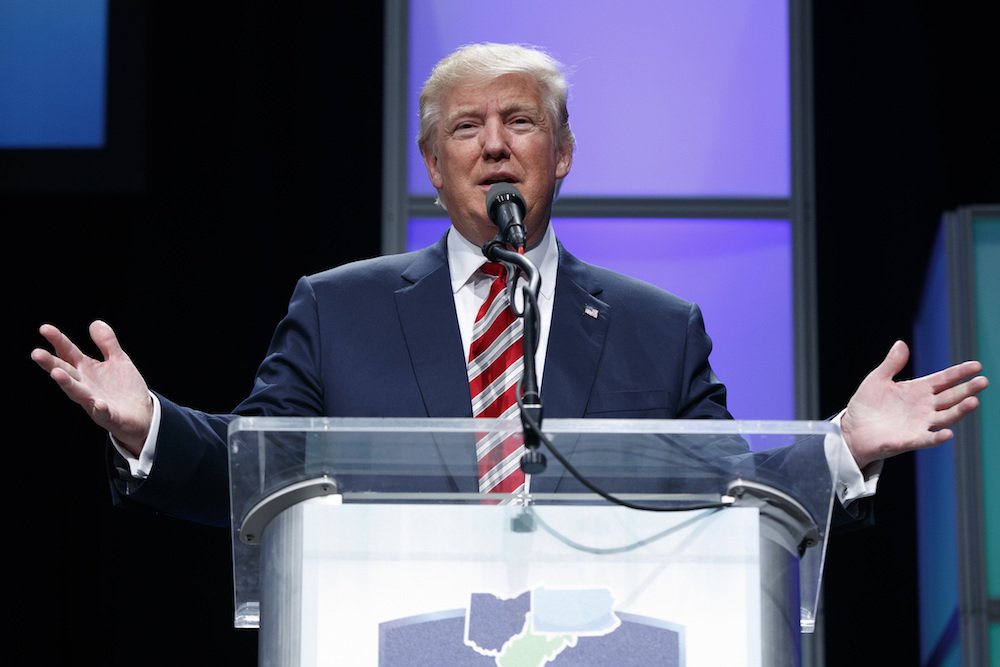 Did you watch last night’s Presidential debate between Donald Trump and Hillary Clinton? Of course you did, Because, if we’re being honest, everyone did. In the days and hours preceding the event, many even speculated that the debate was going to pull in Super Bowl type viewership numbers.

Hardly a surprise, this year’s Presidential election has been nothing short of a circus the likes of which the American public has never seen before. In turn, all eyes were laser focused on Trump and Clinton as the first Presidential debate kicked off at Hofstra University last night. Suffice it to say, the debate — at least from an entertainment perspective — lived up to the hype.

With the debate in full swing, Twitter was in rare form as the masses delivered an endless stream of pointed jabs and clever quips about what may very well be the most ludicrous debate in Presidential history. From Donald Trump claiming that the DNC was likely hacked by a 400 pound hacker sitting on his bed to both Clinton and Trump tossing out a few well-crafted zingers, yesterday’s debate was more of a spectacle than an informative and reasoned exchange of ideas.

In case you missed any of the action, or even if you want to re-live the nonsense, we’ve compiled a list of the 26 funniest tweets that hit the Twitterverse last night, in no particular order of course.

Hold up, WHAT did Hillary's dad do for a living? Ruined drapes? #Debates2016

With all due respect to Lester Holt, the only journalist who can handle this debate is Jerry Springer.

When Trump started attacking U.S. airports, well, that’s where some drew the line.

This man may have hacked into the DNC pic.twitter.com/0EmKcr1gyW

The meme creators were predictably out in full force last night.

Word from inside the debate hall is Melania just left with Bill Clinton. #StillGotIt

what the fuck are we watching pic.twitter.com/EpTwOOng0L

There goes the 400-pound hacker sitting in his bed vote. #Debate2016

NOT ALL HACKERS ARE OBESE

Guys, I'm with Sean Hannity right now and his cell phone is BLOWING UP.

Love this clip of Hillary talking about Donald not releasing his tax returns. #debatenight pic.twitter.com/VnwOaBJ6Nd

In case anybody was wondering, I think I just figured out who Trump's style advisor is #debates #TrumpSteel @LaughsTVShow pic.twitter.com/qejYfZVDCI

Missing person alert: has anybody seen this man pic.twitter.com/3JI7WeVqgR