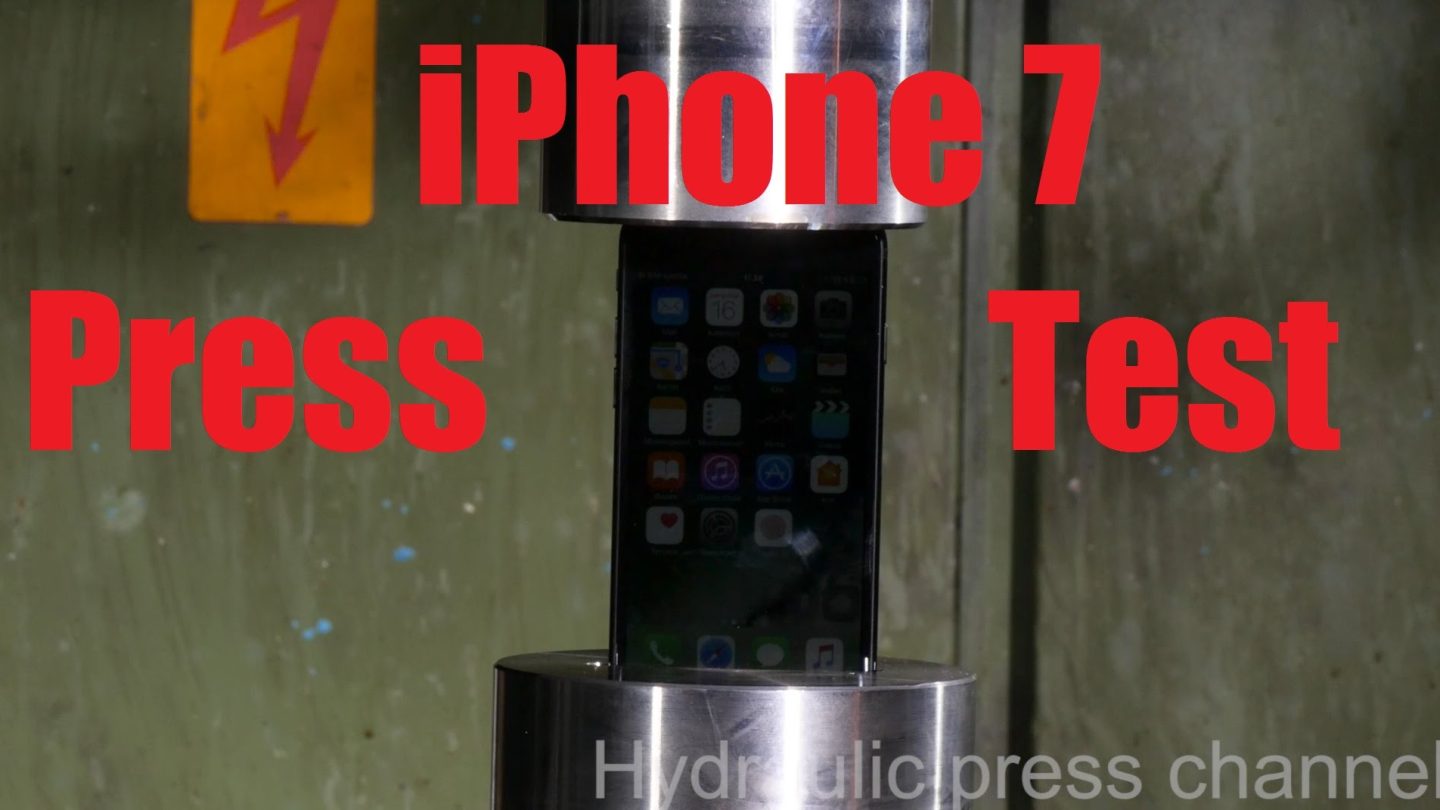 The iPhone 7 has only been on sale since this morning, and even though there’s not enough to go around, that hasn’t stopped the train of wanton destruction. Next stop: hydraulic press.

There’s no more iconic YouTube phenomenon than a crazy Finnish man and his hydraulic press, and luckily, it seems Apple delivers to his house.

I know you’ve probably seen plenty of hydraulic press videos by now, but I cannot recommend watching the iPhone 7 become a pile of cracked glass hard enough. It’s a video of several parts: first, the press begins to descend, and the iPhone — held vertically — only bends. Then the glass explodes, the screen starts folding, and you think it’s all done.

But the press has a finale in store, and it’s a good one. The crumpled ball of iPhone is compressed even further, until various components and some kind of faintly toxic goo come out the side.

Hundreds of man-hours were spent designing and building that iPhone, but none of that matters. In a few short seconds in a factory in Finland, it became as one with the earth again. Also, check out the YouTube views.