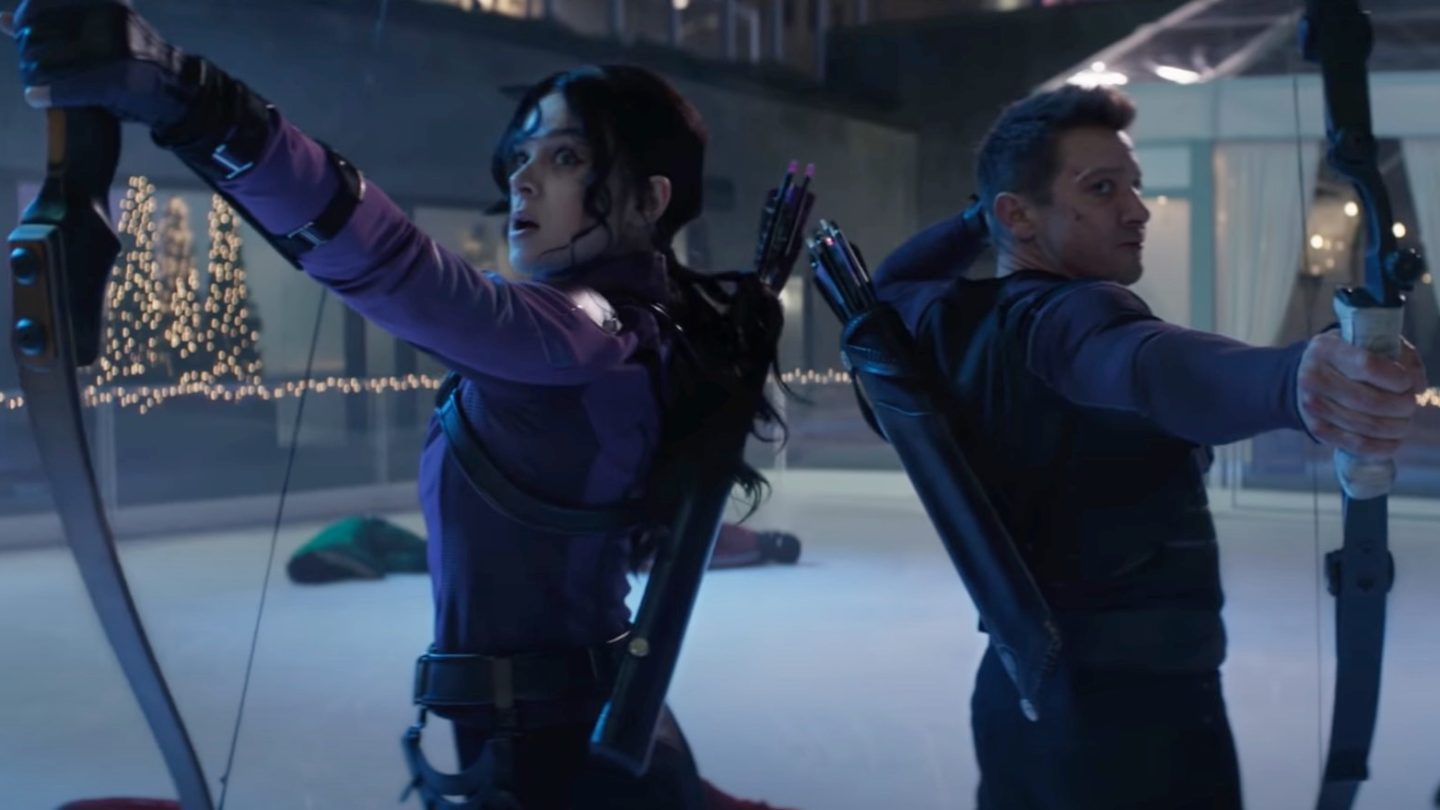 Marvel recently released the first trailer for Hawkeye, the next MCU TV show coming to Disney Plus. The clip reveals that Hawkeye will be a Christmas story with plenty of humor and action. That’s already a great surprise for fans. But the trailer also has a brilliant Easter egg that fans can’t stop talking about. It’s the Rogers musical on Broadway — and the trailer gives us a glimpse at the play later in the video. Jokes about the musical aside, there might be a real reason to be excited about the fake Rogers play. Marvel might finally explain a lingering Avengers: Endgame mystery about the original Captain America.

The Rogers musical in Hawkeye

Steve Rogers (Chris Evans) retired after Endgame, choosing to settle at some point in the past with a Peggy Carter (Hayley Atwell) variant. He grew old and returned as old Steve in the final scenes of Endgame to give Sam (Anthony Mackie) a brand new shield. But what happened to Steve after that? Did he go back home to a different reality? Did he stay on Earth? None of the Marvel TV shows and movies have explained this mystery so far. But we certainly got some clues about Steve along the way.

The fact that Hawkeye will feature a Rogers play implies that Marvel might tackle the topic. Someone will go to the show, as seen in the trailer. We see Broadway actors dressed as Avengers, dancing on the stage.

According to the signs outside the theater, the musical “captures the heart of a hero” and tells a “timeless story about a timeless hero.” There’s certainly plenty of buzz around the film.

Someone is playing Clint Barton in the play, so that’s a good reason for his family to see it. We’re just speculating at this point, as we have no idea how and why the Rogers musical is essential for the story. But you don’t go to see Rogers and not comment on the significance of the play.

What Marvel told us before Hawkeye

We’ve received plenty of bits and pieces about Steve Rogers in Marvel’s movies and TV shows that followed Endgame.

The original Captain America appeared in a memorial in Spider-Man: Far From Home that made it seem like the kids thought Steve Rogers died in Endgame. That made sense at the time. People in charge probably chose not to share with the world that one of the Avengers retired to a different reality. After Thanos, you don’t want anyone to find out that there are alternate realities where you might find versions of your loved ones who are still alive. And you certainly don’t want to tell anyone that you can travel in the past to anywhere you want.

Far From Home takes place some eight months after Endgame, and that’s important for the MCU chronology. Also, No Way Home picks up right after Far From Home and supposedly overlaps with Hawkeye.

The Falcon and the Winter Soldier also honors Captain America

It’s really in Falcon that we learned more details about Steve. We saw a different memorial in the first episode that stopped short of declaring Steve dead. We also see others in the military wondering where Steve is and whether he’s on the moon.

Later in the TV show, we noticed that Sam and Bucky (Sebastian Stan) went out of their way not to talk about Steve in the present tense. It’s as if Marvel insisted on not revealing this big clue that early in Phase 4.

It wasn’t until episode 5 that Sam finally said that Steve is “gone.” Not dead, but gone. In the same episode, we find out that Bucky knew all along what Steve had planned for Sam. And that neither of them considered what it would mean. This revelation implies that Bucky had always known that Rogers would not return to the Avengers after the final battle with Thanos. That’s something many fans suspected given the dialogue between the two as Steve was leaving on his last mission, taking “all the stupid” with him.

Falcon takes place a few months after Endgame, therefore before Far From Home.

Even before Falcon, there’s Loki in the MCU chronology. It’s a show you should see after Endgame, although plenty of the action happens outside of the regular flow of time. The film doesn’t have any Steve Rogers references in it. Nor does it tie to Hawkeye directly.

But Loki is the place where the multiverse comes loose. Or, better said, Kang’s (Jonathan Majors) multiverse is free to expand and interact with others. Since watching the ending, I’ve come to believe that the Steve-Peggy happy end is only possible because Sylvie (Sophia Di Martino) killed Kang (Jonathan Majors).

Again, this detail isn’t important for the Hawkeye plot or the Rogers musical. But it might be relevant for Steve’s retirement plans.

Does Hawkeye even know?

Even if Clint Barton (Jeremy Renner) knows the entire truth about what happened to Steve, it’ll be interesting to see what he can and can’t say about it. After all, Clint traveled back in time, went to a foreign planet to steal a crucial artifact, and witnessed his best friend fight him for a chance to die. That’s after some five years of playing vigilante all over the world as Ronin. The chances are that the powers that be wouldn’t let any Avenger divulge secrets about their win against Thanos. Therefore, Hawkeye, a well-trained spy, might not reveal Avengers’ secrets to anyone.

Then again, Hawkeye is a story that should retire the superhero and give us his replacement Kate Bishop (Hailee Steinfeld) will be the new hero with a bow and arrow. And if she is to become an Avenger, she might have to learn some of their secrets along the way. At the very least, we should learn what the world thinks happened to Steve Rogers to celebrate his life as a hero like that.

Hawkeye premieres on November 24th, and you’ll need a subscription to Disney Plus to stream it.