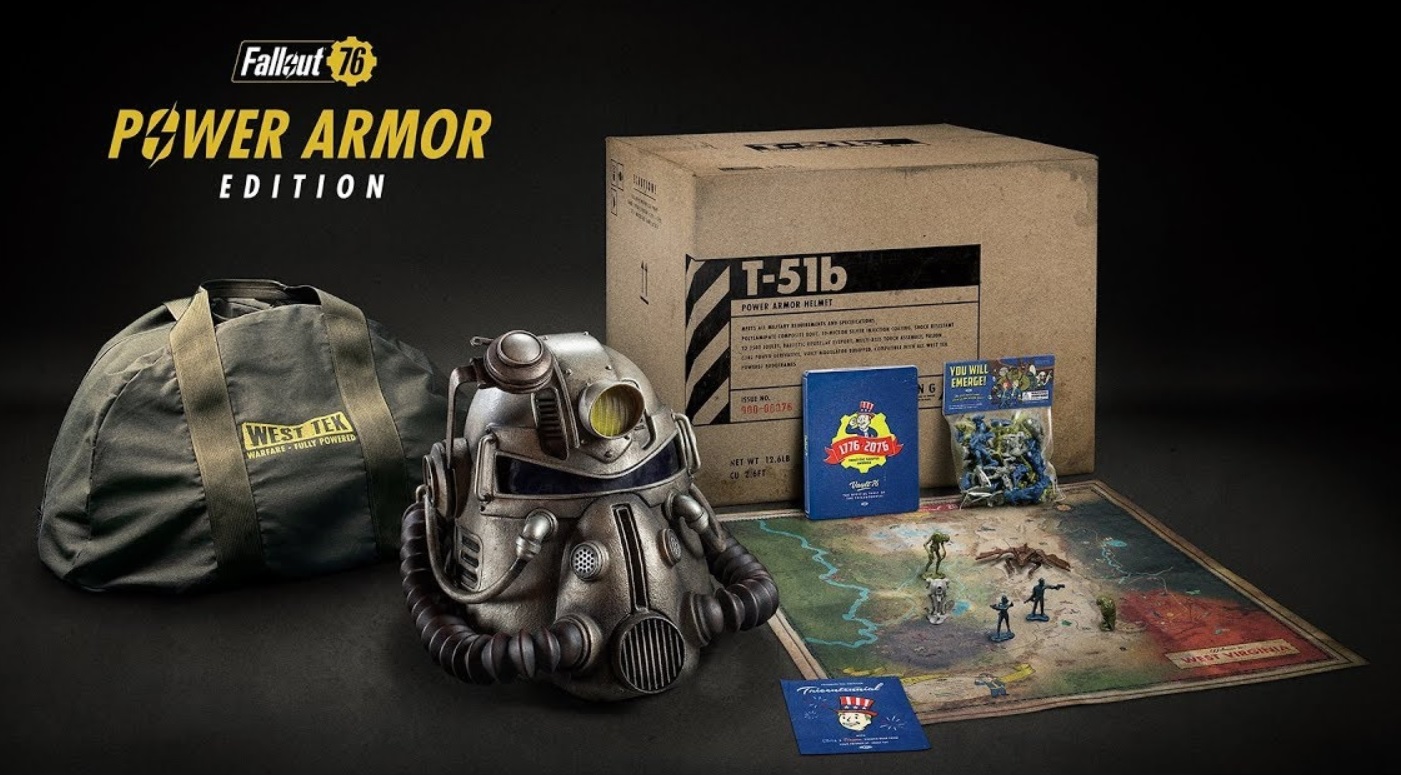 Back in June, long before Bethesda’s open-world multiplayer shooter Fallout 76 arrived (to underwhelming reviews), the company pulled back the curtain on a special Power Armor Edition of the game. This collector’s set would include a steelbook, a world map, 24 figurines, and a full-scale Power Armor helmet. According to the product description, the helmet was going to come in a canvas carrying bag. The description was wrong.

Instead, Bethesda ended up including a cheap, flimsy nylon sack instead — one which looked nothing like the West Tek bag that appeared in the original ad for the Fallout 76 collector’s edition. At this point, it’s worth mentioning that the Power Armor Edition retails for $200. You can probably guess what happened next.

A Reddit thread about the controversy (and Bethesda’s response, which we’ll get to in a moment) currently has over 26,000 upvotes and 3,500 comments. There’s no telling how many copies of the Power Armor Edition were actually sold, but this is just the latest in a string of frustrations surrounding the game.

As was noted earlier, reviews for Fallout 76 have been middling at best. While the core of the Fallout experience is still there (roaming around a vast, post-apocalyptic wasteland, scavenging for items, and battling dangerous enemies to survive), many reviewers and consumers have complained about the lack of content and the general bugginess of the game. For a $60 product, it simply isn’t up to the standards fans expect from Bethesda.

So when those willing to spend $200 on a collector’s edition received less than what they were promised, all bets were off. Had the game been better received, had the Power Armor Edition been cheaper, had Bethesda offered a more substantive response — had any of these things occurred, this might not have turned into such a massive firestorm. But here’s what Bethesda decided to leave disappointed fans with late Tuesday night:

We understand and respect that there is disappointment with the bag in the Power Armor Edition. We are sorry. Please contact Bethesda Support to provide proof of your CE purchase. They will assist in granting your account 500 Atoms.

Atoms are premium in-game currency in Fallout 76. 500 Atoms are worth about $5 USD. As bad as it would have been if Bethesda had ignored the complaints altogether, this might have been an even worse response. In case you’re curious what the bag was supposed to look like compared to what shipped:

“Unfortunately, due to unavailability of materials, we had to switch to a nylon carrying case in the Fallout 76: Power Armor Edition,” Bethesda told Polygon in a statement on Wednesday evening. “We hope this doesn’t prevent anyone from enjoying what we feel is one of our best collector’s editions.”

This entire episode could have been avoided had Bethesda informed everyone who purchased a copy of the Power Armor Edition that one of the components would have to be downgraded. Instead, the company decided to just try to slip this by its most dedicated fans — people willing to spend $200 on a collector’s edition of its latest game! — and has found itself in a mess of its own making. We’ll update this story if and when anything changes.