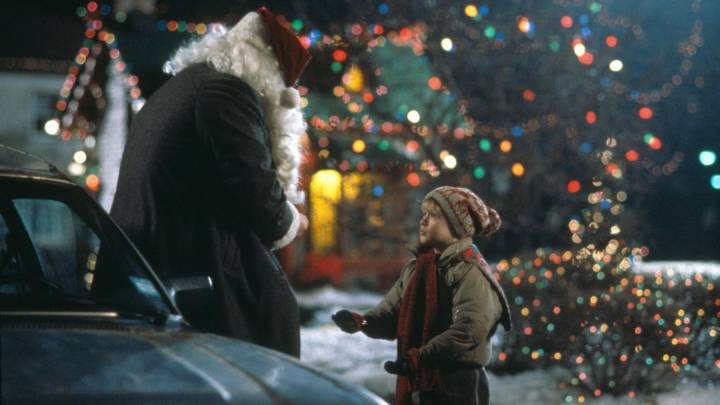 If you’re a Disney+ subscriber and have been planning to use the still relatively new streaming service to re-watch the original Home Alone, since the streamer had been carrying the beloved holiday classic since its launch in November, you’re unfortunately too late. With the start of the new year, both Home Alone and its sequel Home Alone 2: Lost in New York were pulled from Disney+ (along with other content likewise quietly pulled) in a style reminiscent of the ongoing content removal that Netflix subscribers are pretty accustomed to at this point. With the start of each month, new shows and movies get added to Netflix’s already insanely massive library of content — while other shows and movies likewise roll off the service, in a steady ballet of addition and subtraction that’s partly the result of Netflix dumping content that’s not watched as much anymore as well as a function of licensing deals that mean a half-life gets baked into every show and every movie we stream.

But wait, you’re probably asking. What’s with this happening to Disney+’s library? If the streamer was launched in the first place as a home for content from Disney’s myriad brands like Marvel and Star Wars, why would stuff they own ever get pulled in the first place? Because it’s not like Netflix originals like Stranger Things or The Crown get pulled, just the stuff that Netflix licenses like The Office and Friends, right?

It’s actually a little more complicated than that. The long and short of it, however, is that this is still, by and large, the exception to the rule at Disney+ and should affect a far, far smaller slice of its library of shows and movies compared to Netflix. Not that that’s stopped fans from freaking out that this is happening with the new streamer that’s quickly attracted millions of users since its launch on November 12:

Why is @disneyplus removing anything? Isn’t the point of a Disney streaming service to have everything under one umbrella? https://t.co/L8ehJdIQYl

Disney Plus is really removing titles from their service already. Disappointing.

A Disney representative told BGR pre-launch that a small fraction of Disney+ content will roll off the service as a result of licensing deals that pre-date the streamer, so this comes as no surprise. Indeed, other films like The Sandlot and Pirates of the Caribbean: On Stranger Tides have also rolled off the streamer, and according to Bloomberg if existing agreements stand then major Disney films like Star Wars: The Last Jedi are also due to roll back on to Netflix starting “around 2026” (we say “if” those agreements stand, because there’s always the possibility both streamers could reach a new accord).

Again, though, it bears repeating that the vast majority of what’s on Disney+ now is not (and will not) be going anywhere. Some subscribers took to social media to also say they were miffed Disney didn’t issue any kind of statement about this content removal, the same way Netflix is super-clear and upfront about everything that’s coming and going each month — trumpeting it on social media, and emailing every media outlet under the sun with the latest lists. Disney didn’t do that in this case, however, because — again — that’s not what this was. As the streamer put it in a statement to Comicbook.com back in November, there won’t be a “rotating slate” of licensed movies from one month to the next.

That’s not the same thing, however, as saying pre-existing deals won’t mean a small number of movies here and there are pulled as a result. But c’mon — you didn’t think you owned any of this content and got to watch it all in perpetuity, right?