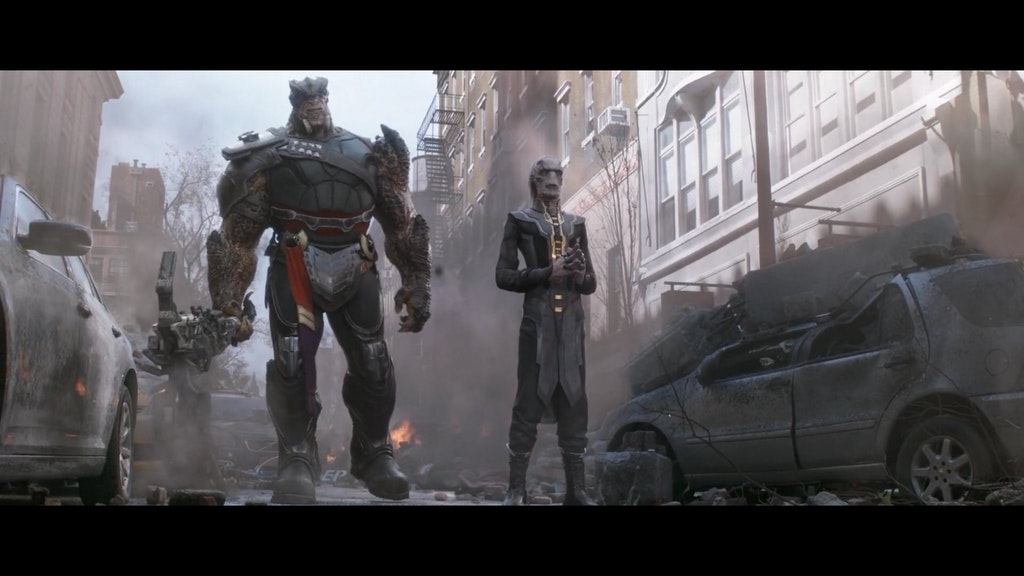 Before Marvel tells us how the Avengers will undo Thanos’ snap and bring the fallen heroes back to life, there’s one more story that we need to see, and that’s Captain Marvel. She’s one of the strongest superheroes in the Marvel Cinematic Universe, but one we haven’t even met yet at this point in the movies. The Infinity War credits scenes already teased that Captain Marvel will come to the rescue in Avengers 4. But first, we have to see her origin story. Sadly, the first trailer for the movie that we were expecting on Wednesday never arrived, but we still got a sneak peek of what’s to come.

To which, Entertainment Weekly replied:

Yes! Meet us here at noon ET. We’ve got something Marvel-ous in mind. 😉

Yes, they could have revealed anything related to Marvel, but why create all this fuss if this wasn’t the first teaser trailer for the upcoming Captain Marvel picture? It’s already September, and the film will premiere on March 8th in the US. So the first trailer must be coming sooner rather than later. That’s we thought. But Larson — cough cough — and EW had other things in mind.

Captain Marvel is an origin story set in the past, much like the first Captain America film. The action takes place in the 1990s and we’ll see Danvers become this powerful superhero amid an alien war that somehow catches our planet in the middle. In addition to Larson, you’ll recognize other Marvel characters like Nick Fury (Samuel L. Jackson) and Agent Coulson (Clark Gregg) in the movie. But EW’s new cover is all about Captain Marvel:

The future is female! Here’s your exclusive first look at @BrieLarson as @CaptainMarvel, the galaxy’s newest — and most powerful — star: https://t.co/EKfHhGIhUa pic.twitter.com/xhD00bdfF0

Larson sat down with EW to talk about her character, the first Marvel female hero to get her own film in the MCU universe — well, the Wasp had to share the title with her significant other. Here’s what the actress had to say about Captain Marvel:

She can’t help but be herself. She can be aggressive, and she can have a temper, and she can be a little invasive and in your face. She’s also quick to jump to things, which makes her amazing in battle because she’s the first one out there and doesn’t always wait for orders. But the [not] waiting for orders is, to some, a character flaw.

The movie also happens to have the first female director in the MCU, Anna Boden, who also talked about the lead character:

This is not a superhero who’s perfect or otherworldly or has some godlike connection. But what makes her special is just how human she is. She’s funny, but doesn’t always tell good jokes. And she can be headstrong and reckless and doesn’t always make the perfect decisions for herself. But at her core, she has so much heart and so much humanity — and all of its messiness.

The article offers us some minor spoilers as well. For example, when the film starts, Carol already has her powers, having left her life on Earth to join an elite Kree military team, the Starforce, which is led by Jude Law’s character. Carol then finds herself back on Earth where she’s going to have to face an alien threat, the Skrulls, which are attacking Earth — Ben Mendelsohn will play Talos, their leader.

Also, EW reminds us that Captain Marvel takes place in the 90s, before Captain America was defrosted or Tony Stark built his Iron Man suit. It even features a Nick Fury who’s got two good eyes and a desk job at SHIELD.