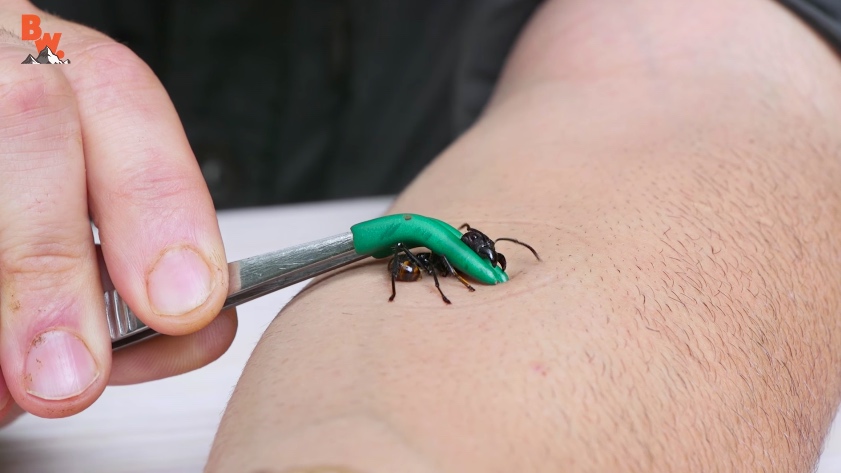 About two months ago, we witnessed outdoor adventurer Coyote Peterson let a wasp known as a tarantula hawk sting him on his arm. Boasting the second most painful sting in the insect world, the tarantula hawk quickly had Petereson writhing on the ground in pain. And of course, it was all captured in a harrowing and altogether fascinating video.

Earlier this week, Coyote Peterson was at it again during an episode of Breaking Trail, this time taking things a bit further and letting himself get stung by a bullet ant, the insect widely believed to have the most painful sting in the world. The bullet ant typically inhabits rainforests in Central America, so odds are you don’t have to worry about coming into contact with one them. But if you’re sporting a name like Coyote Peterson, well, you pretty much have no choice but to seek out the bullet ant yourself.

According to the Schmidt Pain Index, the bullet ant, if I may repurpose some old Wu-Tang Clan lyrics, ain’t nothing to mess with. The resulting pain from a bullet ant sting is said to be extremely intense and feels like you’re “walking over flaming charcoal with a 3-inch nail in your heel.” Interestingly enough, the reason why this fearsome insect is called a ‘bullet ant’ is because its sting is said to be as painful as a gunshot.

And for reasons that defy explanation, our fearless hero Coyote Peterson thought it might be a fun idea to get stung by one of these creatures on purpose. Naturally, it was all recorded on video for our collective enjoyment/horror.