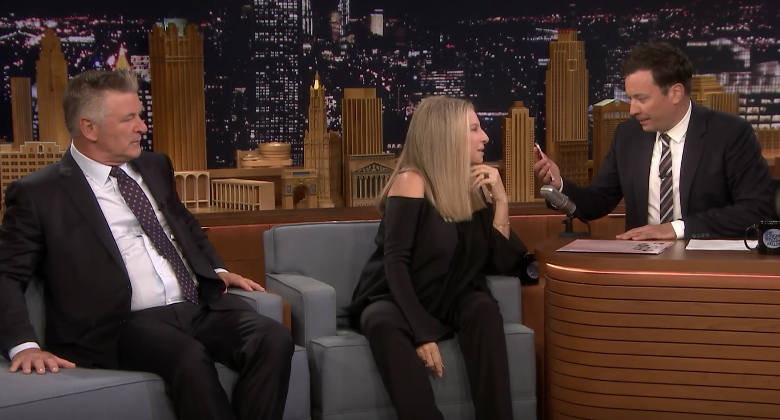 We heard a few days ago that Barbra Streisand decided to pick up the phone and call none other than Tim Cook to demand a certain update in Siri. She wasn’t happy with the way Siri pronounces her name, and the Apple CEO obliged, letting her know that it’ll all be fixed come September 30th. Naturally, all tech blogs speculated that we’re going to get a new version of iOS on that date, likely the first iOS 10 release, though it would be a little late compared to Apple’s usual iOS rollout. But this isn’t about that at all. No, we’re just going to take a look at Streisand explaining the entire thing to Jimmy Fallon.

The singer appeared on The Tonight Show, where she explained how she ended up working with a variety of actors for her newest album, titled Encore: Movie Partners Sing Broadway. While telling Fallon about some of the actors who worked with her on the project, she remembered how even Melissa McCarthy would not pronounce her name right. She would say Streizand instead of Streisand.

“I’ve got to do something about this. I mean 50 years already, don’t you know how to say my name right?” she said.

So she went directly to Tim Cook after seeing that even Siri mispronounces her name. Check out the entire clip below.